The Patriots pulled off a huge win on Monday Night Football and the B’s knocked off the Habs in Montreal.

Shea McClellin’s Jamie Collins impression a first for the linebacker: After recreating a play initially run with Jamie Collins, Shea McClellin explained that the coaching staff approached him to prepare to jump the snap several weeks ago. McClellin initially didn’t even believe he could do it. “If you watch the film and you prepare, run it in practice, it’ll work out,” he said. “We practiced it for awhile. We were just waiting for the right opportunity and we got it. (NESN)

Shea McClellin made a huge play for the Patriots against the Ravens that gave New England plenty of momentum. pic.twitter.com/TtpAzgWvMB

Eric Weddle takes the blame for Ravens’ big mistake: The turning point in the game was the Patriots’ final touchdown, after the Ravens had come within three, thanks to two turnovers, and slowed a torrid Patriots offense. But then, Tom Brady found Chris Hogan breaking free of the entire Ravens secondary and hit him with a dart for a 79-yard touchdown. It initially appeared Ravens safety Matt Elam bungled the coverage, but veteran standout Eric Weddle took the blame. (Boston Globe)

Martellus Bennett compares touchdown catch to battling for last slice of pizza: “I had it. I had it,” Bennett said of the 19-yard third quarter grab. “Sometimes there’s one slice of pizza left and there’s two hands to reach into the box. I’m always going to get the last slice,” he said. “Unless it’s my wife’s hand. Then I’ll let her get it.” Bennett was happy to succeed after what he thought was his worst performance against the Rams. “I’m like the Phoenix. I’m gonna rise from the ashes.” (WEEI)

Bill Belichick: Patriots’ three turnovers are on ‘everybody’: Patriots cornerback Cyrus Jones was probably relieved the Patriots held on to win. He didn’t stick around after the game, in which he fumbled a punt for the fourth time this season. But Bill Belichick was quick to take the blame off of Jones’ shoulders. “[W]e turned the ball over three times tonight,” Belichick said. “We just got to do a better job of taking care of the ball than we did tonight. And that’s everybody. We’ll work on it with everybody.” (Boston Herald) 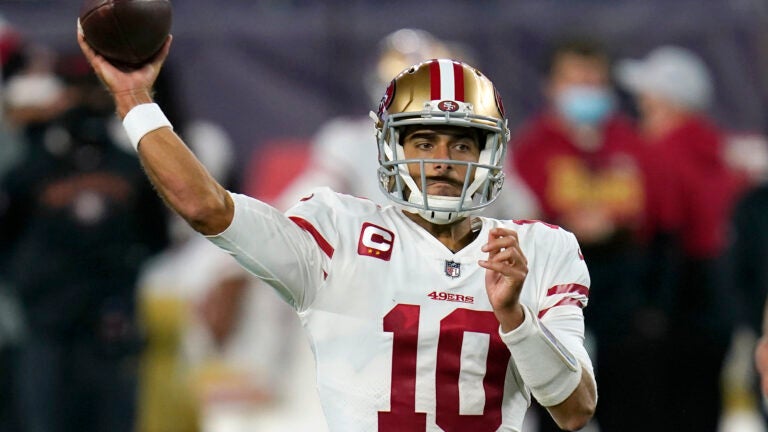