It appears that Odell Beckham Jr. and the New York Giants weren’t the only NFLers spending some time on a boat before a playoff game.

Twitter user Adam Markopoulos shared a photo of Patriots coach Bill Belichick and his girlfriend Linda Holliday catching a quick nap, which he says was taken on the Nantucket Ferry on its way back from the island Sunday afternoon.

Hey @OnlyInBOS, look who I found on the Nantucket ferry on their bye week…#RelationshipGoals pic.twitter.com/mZkADW07MK

Despite Markopoulos’ caption, he says he didn’t actually take the photo.

“My friend sent it to me who doesn’t have social media,” Markopoulos said in a direct message. “[He] was on the way back from Nantucket yesterday afternoon.”

Belichick owns a sizable property on Nantucket, and is a huge fan of the island, offering it the kind of praise usually saved for opposing teams’ punters.

“It’s sort of home for me,” he told the Cape Cod Times in 2005. “As a football coach, I’ve ended up in a lot of different cities. But I’ve always been able to go back to Nantucket and to ‘Sconset. Even when I’ve been in Cleveland, New York or Denver, there’s been an anchor there.”

As for any comparison between Belichick’s ocean siesta and the Giants’ Miami boating bacchanal? “Different kinds of parties,” joked Markopolous. 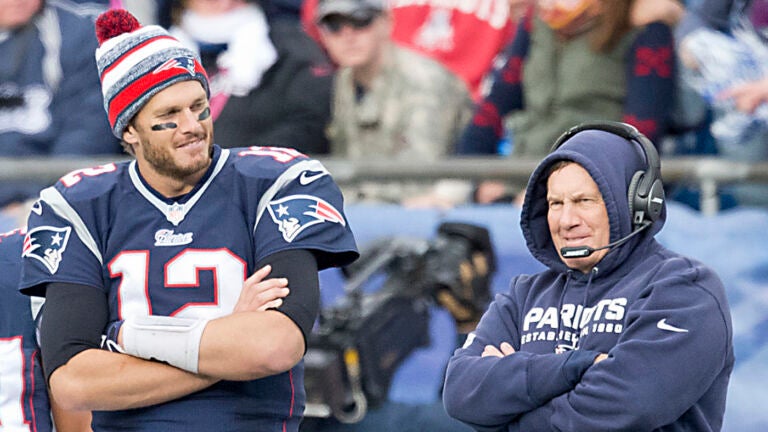