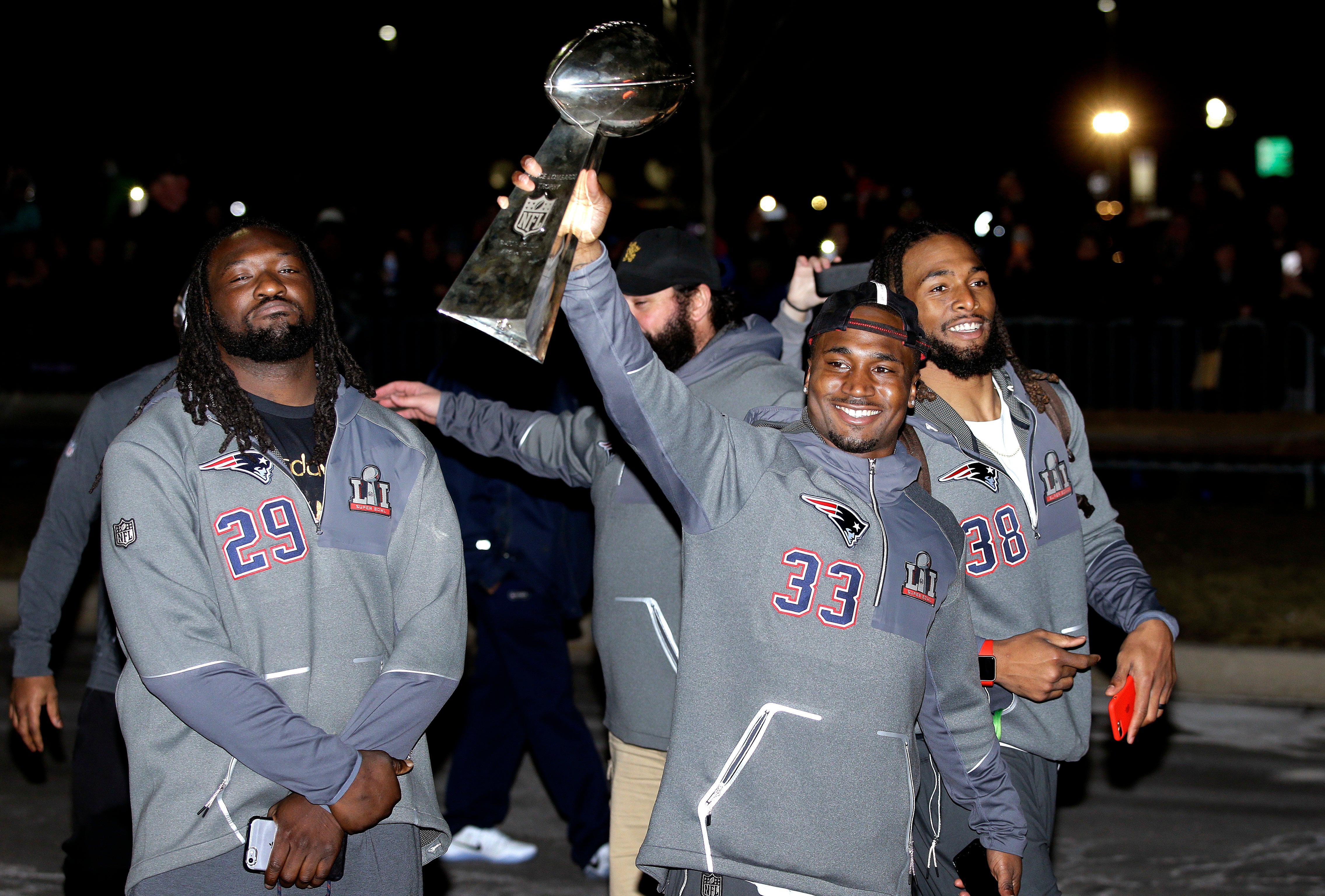 New England Patriots, from the left, LeGarrette Blount, Dion Lewis, and Brandon Bolden, walk with the Lombardi Trophy as they greet fans outside Gillette Stadium on Monday.

“I haven’t taken it off much” in the previous 20 hours, Flowers said. “There was a lot of work to get this hat.”

Thanks for an unforgettable week, Houston!

The Patriots returned to New England on Monday night, bringing their fifth Vince Lombardi Trophy home to show off for fans who filled the parking lots outside the team’s stadium and lined up for hours outside the souvenir shop hoping to buy championship gear.

Defensive coordinator Matt Patricia carried the silver trophy off the bus at Gillette Stadium, where fans were dozens deep along the route in near-freezing temperatures.

“It was so packed,” defensive back Eric Rowe said. “I don’t know how long they’ve been standing there. I can’t wait to see the parade.”

That’s planned for Tuesday in Boston, with the now traditional “duck boat” rally through the city. It will be the fifth championship parade for the football team since 2002; the Red Sox have had three and the Bruins and Celtics one apiece since then.

The newly crowned NFL champions landed in Boston at around 5 p.m. and received a police escort for the 30-mile drive to their home stadium, where fans had lined up since the middle of the night — just hours after the 34-28 victory over the Atlanta Falcons.

It was the fifth Super Bowl title for quarterback Tom Brady and coach Bill Belichick. Brady was the game’s Most Valuable Player for the fourth time.

This one came with an unprecedented comeback from a 25-point deficit and a game-winning touchdown in the first overtime in Super Bowl history.

“It’s hard to really believe in your head because you had to be there to see it,” Flowers said. “I’m just glad I was.” 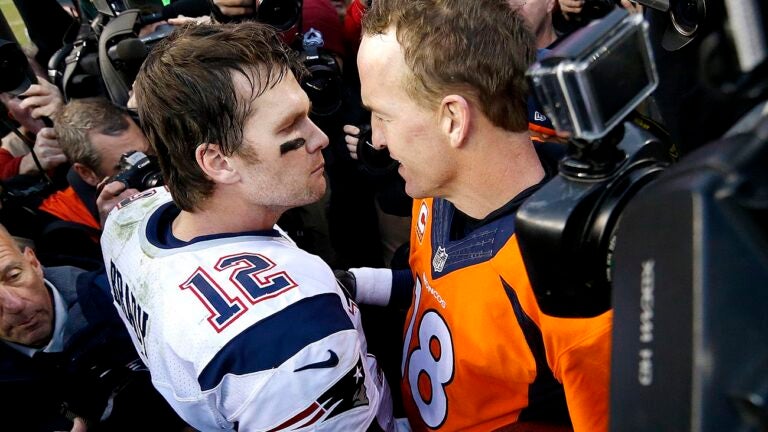