Within a week of the Patriots’ stunning comeback win in Super Bowl LI, a growing number of players have let it be known that they will not be part of the team’s eventual White House visit.

Though it’s customary for the NFL champions to visit the president, several Patriots have gone on record as saying they will skip the trip. Not all have cited overtly political reasons, but questioning such visits is a growing subplot across sports in reaction to the Trump administration.

President Trump has been a vocal supporter of Bill Belichick, Tom Brady and Robert Kraft, both during his campaign and since taking office. He also singled the three of them out in his congratulations to the team following the 34-28 overtime win in the Super Bowl:

What an amazing comeback and win by the Patriots. Tom Brady, Bob Kraft and Coach B are total winners. Wow!

Here’s the list of Patriots who have already said they won’t go the White House, as well as their explanation:

“I haven’t thought about it. I am not going to go,” Bennett told reporters after the Super Bowl. “I can elaborate later on in life; right now I am just trying to enjoy this … People know how I feel about it, just follow me on Twitter.”

Bennett on political views differing: “You just don’t bring that to work. We all have our beliefs. We accept people for who they are.”

“I will NOT be going to the White House. I don’t feel welcome in that house. I’ll leave it at that.” –@LG_Blount

“Been there, done that,” Dont’a Hightower said, also noting he didn’t go to White House in 2014 w/ Pats. Had previously been with Alabama.

Oh Chuck. Planned on skipping, hadn’t been asked. Don’t need an open letter explaining my own words to me. Not *joining* anyone. My call. https://t.co/XWo9x2XT40

In a text message to TIME Magazine: 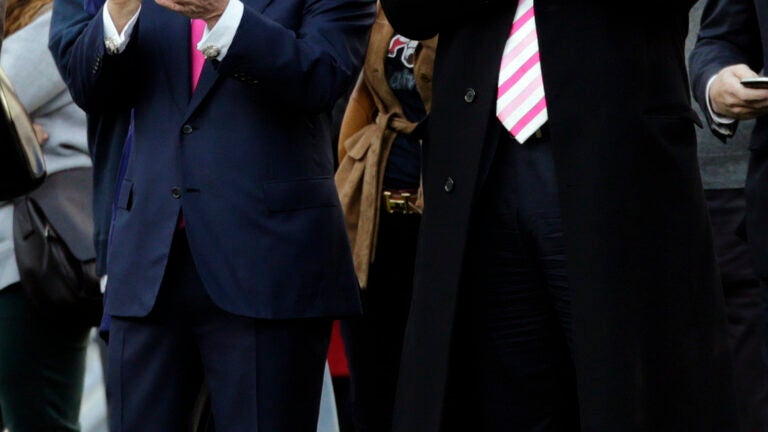 Are you OK with several Patriots’ decisions to skip White House visit with President Trump?