Robert Kraft at Mar-A-Lago sitting w/@RealDonaldTrump & @Flotus & Japanese PM. Trump: “they must have heard you were coming” #wcvb #Patriots pic.twitter.com/Uo7yH1jWNH

Trump began the dinner at Mar-a-Lago’s crowded patio restaurant by talking up Kraft and joking that the assembled U.S. and Japanese press had heard Kraft was there.

The president also quipped about all the interpreters who had pulled up chairs to their not-so-large table. 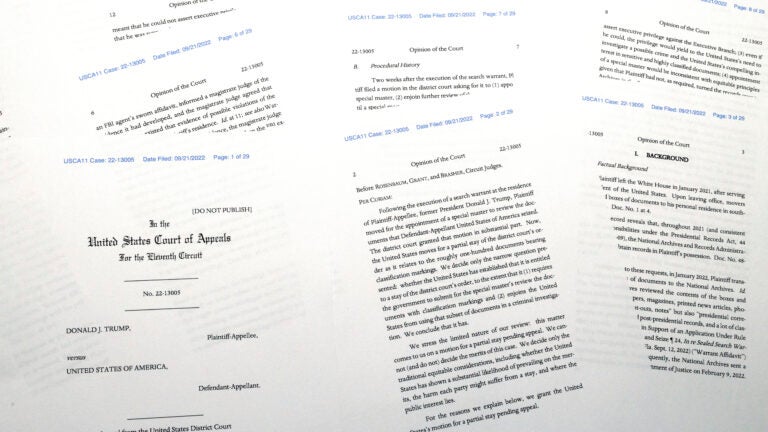