Tom Brady created a stir Wednesday morning when it was reported that he would not be attending the New England Patriots’ Super Bowl 51 ceremony at the White House.

In a Facebook post just before noon, the quarterback said that he is spending time with his family, posting a photo of his parents, Tom Sr. and Galynn (née Johnson), at their wedding.

For 48 years, my sisters and I have had the best example of love, friendship and compassion in our lives! And it’s so special to celebrate together! I love you mom and dad!

“For 48 years, my sisters and I have had the best example of love, friendship and compassion in our lives!” Brady wrote. “And it’s so special to celebrate together! I love you mom and dad!”

In Brady’s statement to ESPN’s Mike Reiss Wednesday morning, the quarterback said he would be unable to join the team at 1600 Pennsylvania Ave due. to “personal family matters.” The Boston Herald‘s Jeff Howe also reported that Brady’s mother was in town, and has been dealing with an illness.

Tom Brady’s mother is in town and he is spending time with her. She’s been dealing with an illness.

Multiple sources have previously reported that Brady’s parents married on April 19, 1969, which would mean Wednesday is indeed their 48th anniversary.

Along with Brady, other members of the Super Bowl 51 winning team who have announced that they are not attending the ceremony include Devin McCourty, Chris Long (now with the Philadelphia Eagles), and Martellus Bennett (now with the Green Bay Packers). 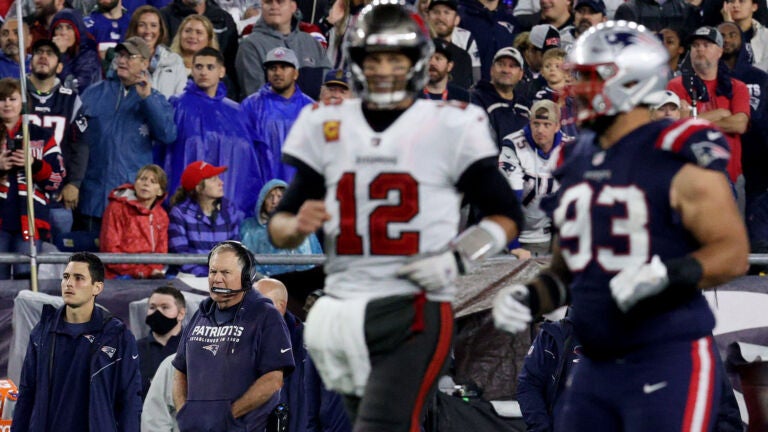 Buccaneers hold on for 19-17 win in Tom Brady's return