Tom Brady isn’t afraid of curses. And as the quarterback’s newest Facebook video shows, he’s willing to prove it.

EA Sports announced Friday morning that Brady will be the cover athlete for Madden NFL 18, taking the mantle from teammate Rob Gronkowski, who graced the cover of Madden NFL 17. While some fans may celebrate the “G.O.A.T. Edition” of the game with the Patriots quarterback on the cover, others may be wary of the Madden Curse. Over the years, a number of players have missed games due to injury in the year they were on the cover, including Daunte Culpepper, Marshall Faulk, Donovan McNabb, Shaun Alexander, and Gronkowski, who finished with career lows in receptions, receiving yards, and touchdowns in 2016 thanks to numerous injuries.

None of that matters to Brady, who seems to believe he’s curse-proof.

“I’ve heard that there are some of you out there who might be worried about something called the ‘Madden Curse,'” Brady said in the video. “There’s no such thing as curses, it’s a total myth.”

To prove his point, Brady then smashed a mirror and walked under a ladder, two actions that supposedly bring bad luck.

“The wouldn’t let me break a full-length mirror,” Brady wrote in the video’s caption. “All good!” 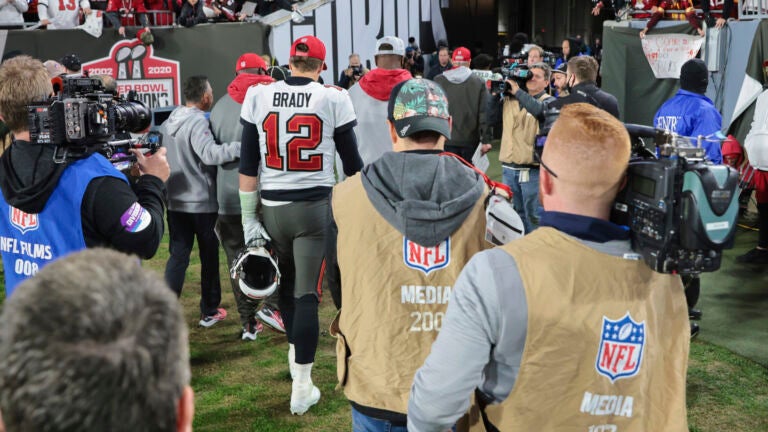