Here is everything you need to know as the Patriots open training camp for the 2017 NFL season:

The roster for the defending Super Bowl champions appears to be even better following some key free agent pickups, a small draft class, and a bevy of undrafted free agents. Here is a thorough look at the newcomers. Below is a quick rundown of rookies and newcomers:

NFL training camp practices aren’t quite as exciting as the games on Sunday, and it can be easy to drift off and lose track of the action, particularly during the individual portions of practice. But Patriots practices can be fascinating if you pay close attention. Which players are winning the position battles? Which combinations are the coaches using on the offensive line, and in the secondary? Which undrafted rookie is standing out? Which esoteric game scenario is Belichick working on repeatedly?

We developed a guide last year for tips on how to watch practice.

Here’s the cheat sheet: 1) Weekdays offer better access. 2) Pick a low vantage point for individual drills, and a high one for team drills. 3) Memorize the roster and jersey numbers. 4) Watch Belichick — a lot. 5) Take notes of the pairings and combinations. 6) Grade the one-on-one battles, and be descriptive. 7) Take note of the game situation. 8) Listen to what the coaches are telling the players. 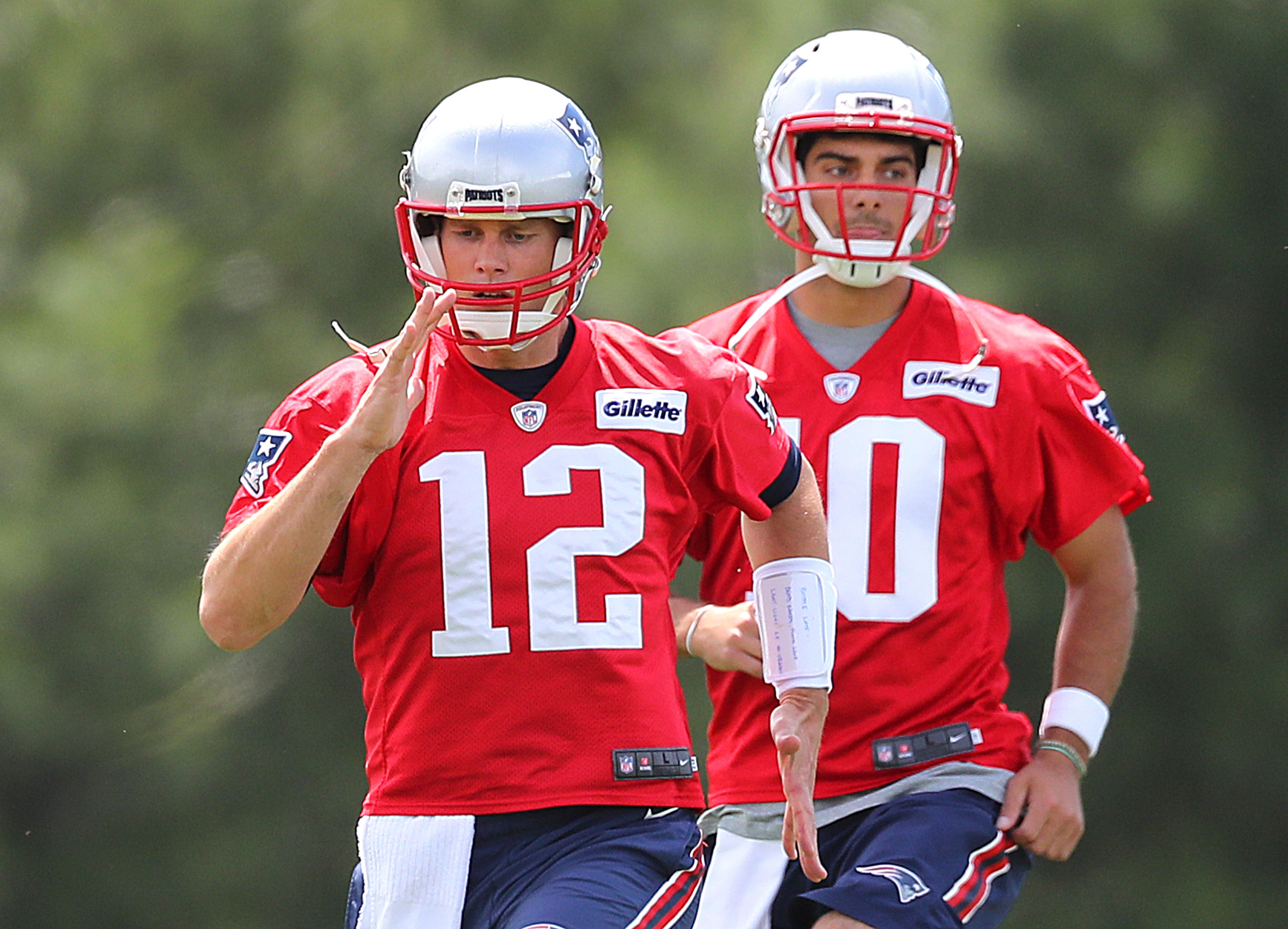 Quick hits: There’s not a safer bet in the NFL than the Wolf Pack being on the field for the banner unveiling against the Chiefs in the season opener Sept. 7. There’s also not a better trio in the league. Brady (he shows no signs of slowing), Garoppolo (can we please cease and desist with the “Is he injury prone?’’ narrative?), and Brissett (he’s confident and mature) all won games as the starter last season and could do it again if need be. How many teams can say that?

Quick hits: Depth was an issue last season at a position that is among the most physically demanding in the game. Gronkowski is the best in the business but his health always is a concern, which is why quality backups are so important. Allen had some drops during minicamp and was pretty hard on himself when asked about it. Remember, he’s an excellent blocker and his true self will be more evident when the pads come on. The battle for the No. 3 spot will be hotly contested during camp between Lengel, Hollister, and O’Shaughnessy. Hollister is a virtual lock for the practice squad if he doesn’t make the final cut.

Quick hits: This is another deep group. Cooks adds a dimension. His performance during minicamp and OTAs was eye-popping. When this guy turns on the post-catch afterburners, it’s game over. Slot machine Edelman’s value was emphasized by his contract extension this summer. Edelman and Amendola are great clutch performers. Hogan is indefatigable and Mitchell was a revelation as a rookie. Hawkins has the best chance to crack this group, but the veteran’s chances are long. Cody Hollister and Austin Carr (and maybe Devin Lucien, too) seem like logical practice squaders if they aren’t snagged by another team.

Quick hits: White, Lewis, and Burkhead can all run the ball effectively and are exceptional receiving threats. Gillislee is a one-cut, downhill thumper who runs tougher that his size (5-11, 219 pounds) would suggest. Develin would jump in front of a steaming locomotive to shield a teammate. Foster is quick, fast, and has great hands. Daniels Jr.’s blend of size, speed, and strength makes him a likely practice squad candidate. 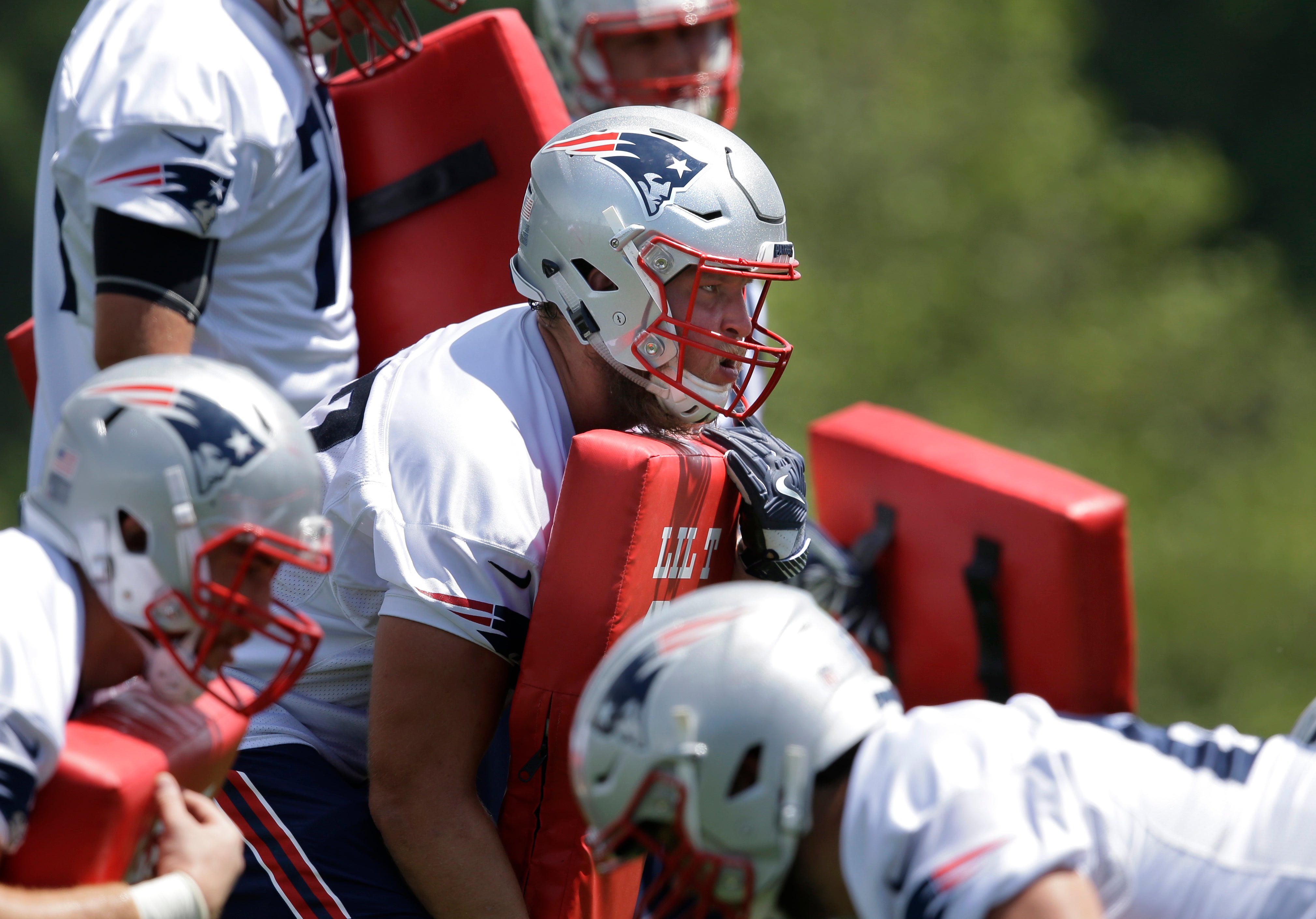 Quick hits: Starting tackles Solder and Cannon are coming off excellent seasons and there’s no reason to believe they’ll drop off. Fleming can play both tackle spots and jumbo tight end. Garcia gets to absorb a year under Dante Scarnecchia, the Obi-Wan Kenobi of offensive line coaches. Thuney was the unsung hero of this unit as a rookie and Mason was a road grader. Karras provides depth at every spot and Andrews was a rock in the middle. Rookie McDermott (see Garica, Tony above) should stick around but he’ll likely need a redshirt year on the practice squad.

Quick hits: This group came on like gangbusters during the latter stages of 2016 when everyone’s role was defined. Locking up Hightower was vital. He’s smart and physical and excels at run-stuffing, pocket pressuring, and dropping back. Athletic rookie Langi has an excellent model to sponge off. Van Noy and McClellin are solid, Roberts is a bone-rattling tackler, and Harris is a veteran presence. Freeny might be the toughest omission if he misses the 53-man roster as he adds valuable depth and is a core special-teamer.

Quick hits: Branch was superb in 2016 and Brown enjoyed a late-season surge. Flowers caught nearly everyone (especially unsuspecting offensive linemen) off guard last season. He’s fun. Valentine flashed at times and should become more consistent. Ninkovich is the steadiest of hands. Plug him anywhere on the front seven and he’ll be fine. The newcomers feature some veterans (Ealy, Guy) and some rookies (Rivers, Wise). If this rotation can be as productive as last season’s, good things are in store. 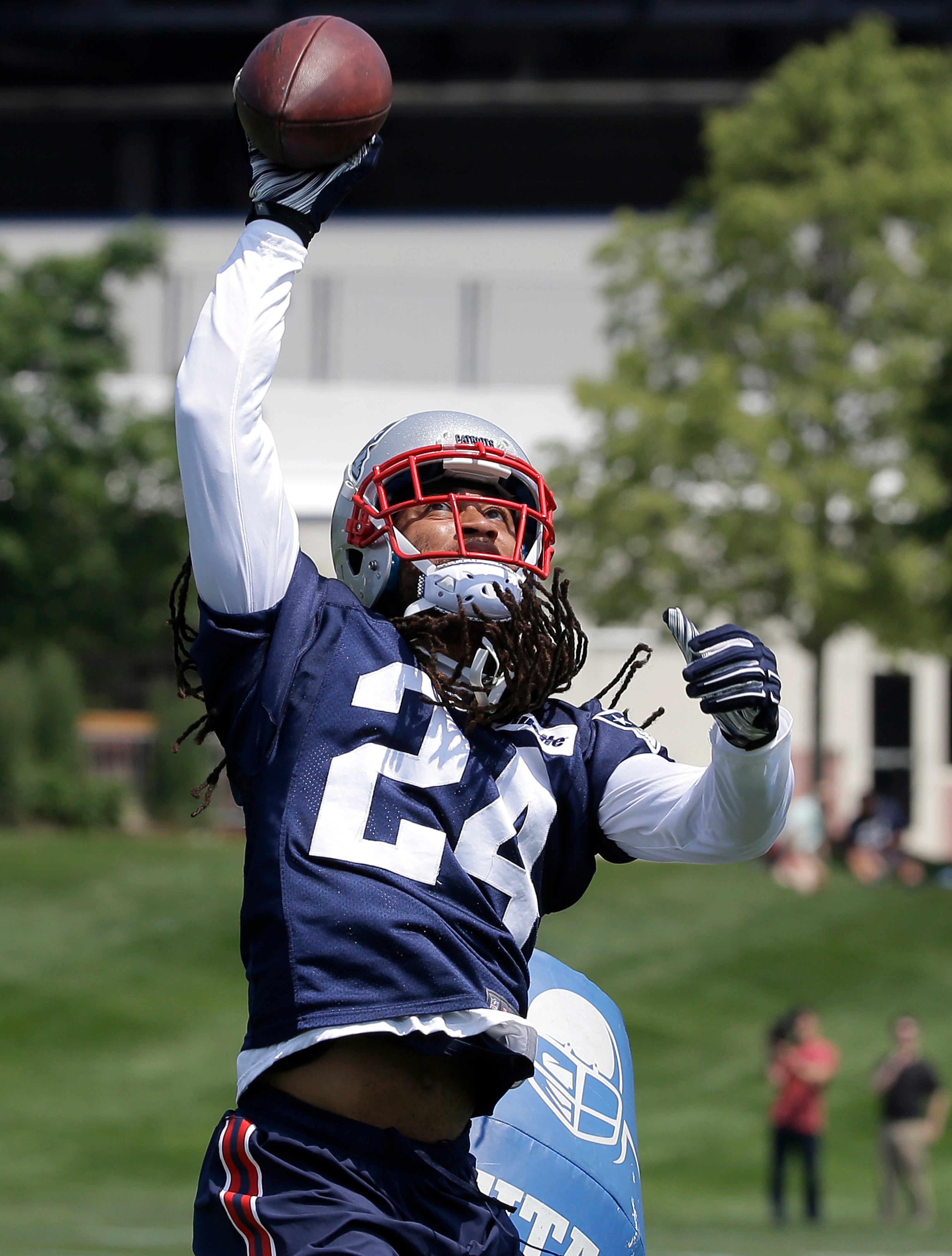 Quick hits: Butler and Gilmore should be among the best starting tandems in the league. Butler is sticky and relentless and Gilmore has long arms and excellent mirror skills. Rowe and Jonathan Jones will vie for the slot job but there’s no loser in this battle. Both will play and matchups will determine how the time gets divvied up. Coleman is very physical and it wouldn’t be a surprise if he sticks, too. Killings may miss the cut despite the rookie being smart and fiery.

Quick hits: The back end is in good hands. McCourty and Chung are smart and tough. They are among the best tacklers in the league, regardless of position. Harmon plays a ton and prevents opponents from blowing the top off this defense.

Quick hits: The field goal operation is a well-oiled machine with Cardona, Allen, and Gostkowski nearly flawless in their duties. Allen can boom and place it as a punter and Gostkowski can hang it short or blow it through the end zone on kickoffs depending on the situation. The other four provide nice depth at their designated positions but do the bulk of their work on special teams. Slater is the undisputed king of the gunners and King can land big hits. Ebner is a superior protector and blocker and Bolden has a knack for making timely and momentum-changing hits. 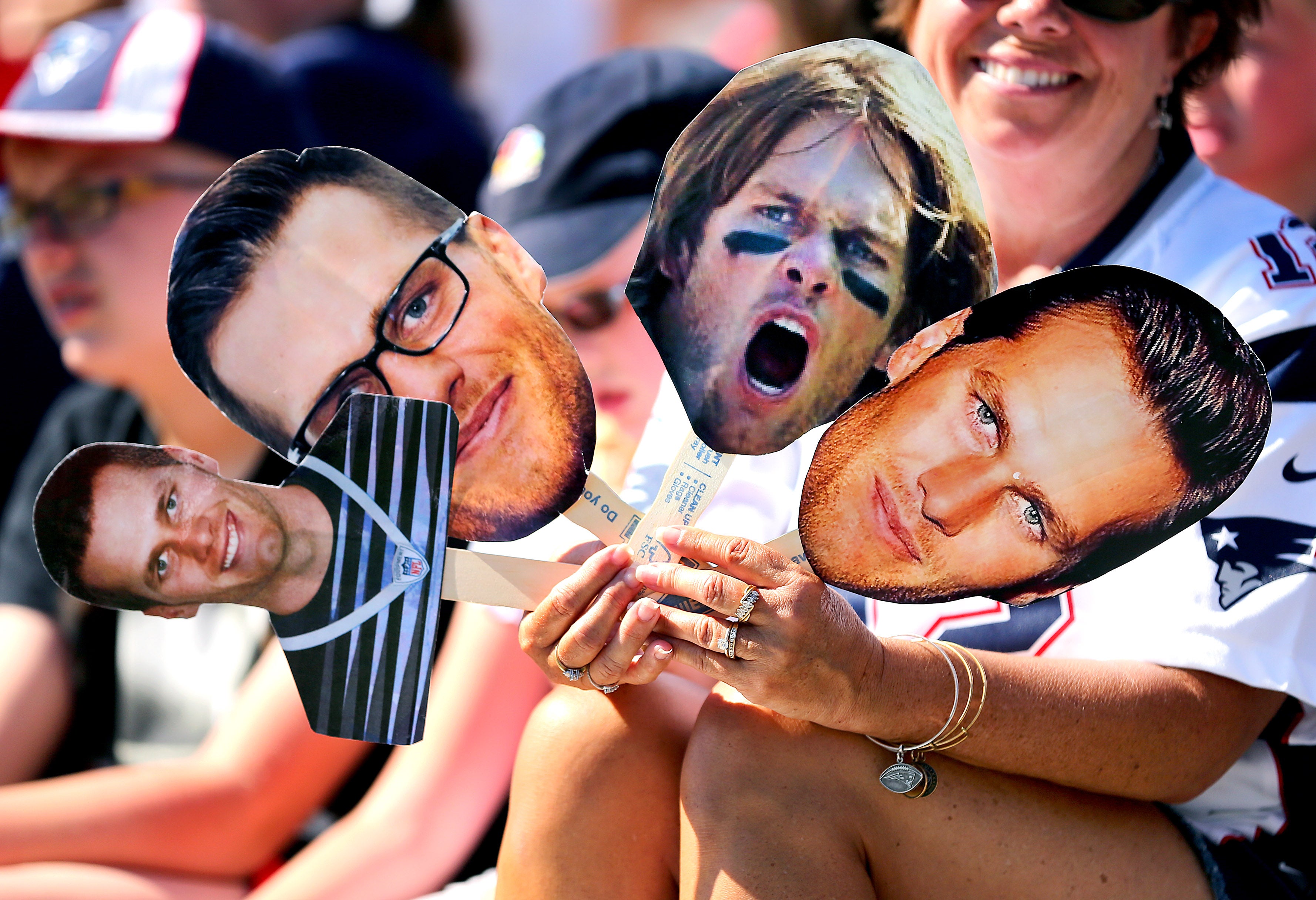 ■ Fans usually sing Happy Birthday to Tom Brady on his birthday, Aug. 3. (He’ll be 40 this year.) One year, lineman Matt Light smushed a cake in Brady’s face. Three years ago, “Happy 40th Birthday, Tom’’ T-shirts were made for the whole team. He was only 36.

■ The rookies, at some point, go through a muddy slip-n-slide. The equipment workers soak a back corner of the field, and rookies have to dive into the slop while being hosed down by a veteran (usually Brady).

■ After each practice session, a position group (or two, depending on how many players are in each position group) spends time signing autographs for fans.

■ Parking and admission are free. Practices are on the fields behind Gillette Stadium.

■ The schedule throughout training camp is tentative and subject to change. Fans planning to attend practice should check Patriots.com for daily updates or call the training camp hotline at 508-549-0001.

■ When the Patriots are forced to practice indoors due to inclement weather or poor field conditions, practices will be closed to the public.

■ There are concessions positioned at various locations around the practice fields and the Patriots Fan Zone.

■ From Boston and farther north: Take I-95 South to Exit 9. Follow Route 1 south approximately 3 miles to Gillette Stadium (on the left).

■ From southern Connecticut, Rhode Island: Take I-95 North to I-495 North to Exit 14A. Follow Route 1 north about 4 miles to Gillette Stadium (on the right).

■ From northern Connecticut, Vermont, upstate New York: I-90 East to I-495 South to Exit 14A. Follow Route 1 north about 4 miles to Gillette Stadium (on the right).

Aug. 8: Deadline for players under contract to report to earn a season of free-agency credit

Aug. 8: If a drafted rookie has not been signed by this date, he can’t be traded this season

Sept. 2: Players on PUP or non-football injury lists must move from active to reserve