Rob Gronkowski and Tom Brady have a good deal worked out: Brady cooks him meals and, in return, Gronk catches the ball.

“I look at him and he turns 40 tomorrow and he runs around like he’s younger than me,” Gronkowski told reporters Wednesday, explaining why he recently adopted Brady’s fitness regimen.

As the Boston Herald reported this week, the tight end even agreed to eat one meal a day from Brady’s infamously strict diet plan — but only if the quarterback himself cooked them.

So far, so good, says Gronk.

Gronk added that it was “pretty wild” that Brady turns 40 years old on Thursday.

“Today is his last day in his 30s,” he said. “There’s nowhere else he wants to spend it besides the football field.”

But what do you get a 40-year-old NFL quarterback with five Super Bowl rings for his birthday?

“I get him touchdowns,” said Gronkowski, who’s caught more touchdowns from Brady than any other player. 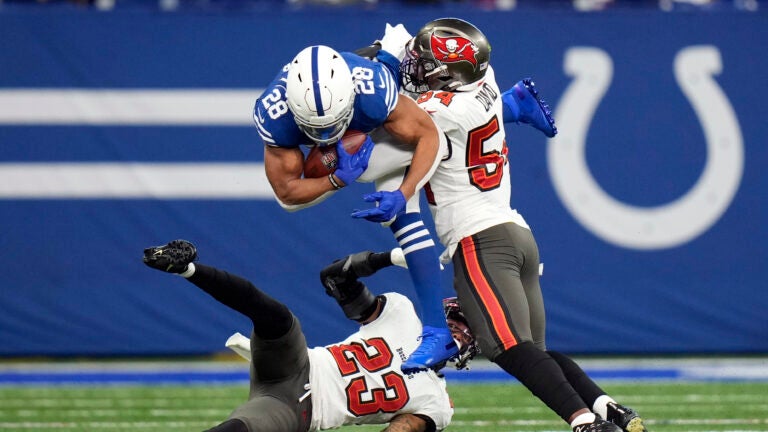