Head coach Brad Stevens isn’t the only member of the Celtics to make a guest appearance at Patriots training camp this summer. Point guard Isaiah Thomas decided to pay Gillette Stadium a visit Monday, and brought along his two children, Jaden and James.

When asked by ESPN’s Mike Reiss what brings him out to Foxborough, Thomas responded: “To watch greatness.” The 28-year-old, donning a Patriots hoodie, also gave a shoutout to quarterback Tom Brady and wide receiver Julian Edelman.

“I just wanted to see how they prepare and show my support,” he told Reiss, identifying Brady as someone he looks up to. “He’s arguably the greatest player of all time, so I’m just trying to learn from him.”

The Thomas trio had a front-row seat to watch a group of Patriots run through some drills during a joint practice with the Jacksonville Jaguars. James, Thomas’s older son, was evidently impressed.

“He’s stronger than you,” the youngster told his dad.

“Way stronger than me,” Thomas replied.

That affirmation apparently wasn’t enough, as James wanted to know if the backs were also stronger than another NBA player—one that was a former Celtics trade target before he signed with the Oklahoma City Thunder.

“How about Paul George?” James asked.

Patriots owner Robert Kraft, who often sits courtside at Celtics games, also stopped by to tell Thomas that the way he drives to the hoop is “unbelievable.” 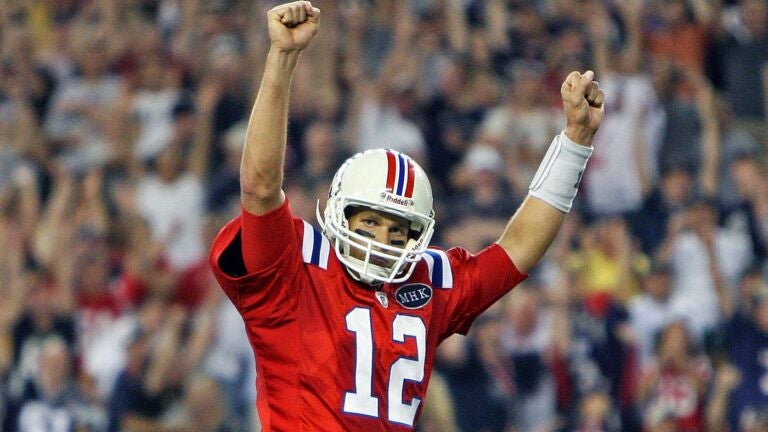