The south end of Gillette Stadium was getting pretty crowded. Not only with fans, but with Super Bowl banners.

Gillette Stadium, which opened in 2002 just after the Patriots’ first Super Bowl win, has displayed the team’s championship banners above the south end zone. But as the below photo — taken this past January following the Patriots’ AFC Championship win — shows, the Patriots’ fourth Super Bowl XLIX banner left little room for a fifth.

One miraculous 25-point comeback later, and owner Robert Kraft had a problem.

ESPN’s Mike Reiss first reported in April that the team was “considering design plans on how to proceed with the fifth Super Bowl banner.” Last month, Kraft told Sirius XM radio that the team indeed had to “change the construction around.”

“We have a surprise for our fans,” he said.

The renovations did not go unnoticed by Patriots reporters, some of whom tweeted photos earlier this month of cranes towering over Gillette Stadium’s south end.

The construction inside Gillette Stadium to make room for the fifth banner. Not a bad problem to have. pic.twitter.com/RH83GNU09n

Finally on Thursday, the Patriots themselves tweeted a photo of the near-finished construction. 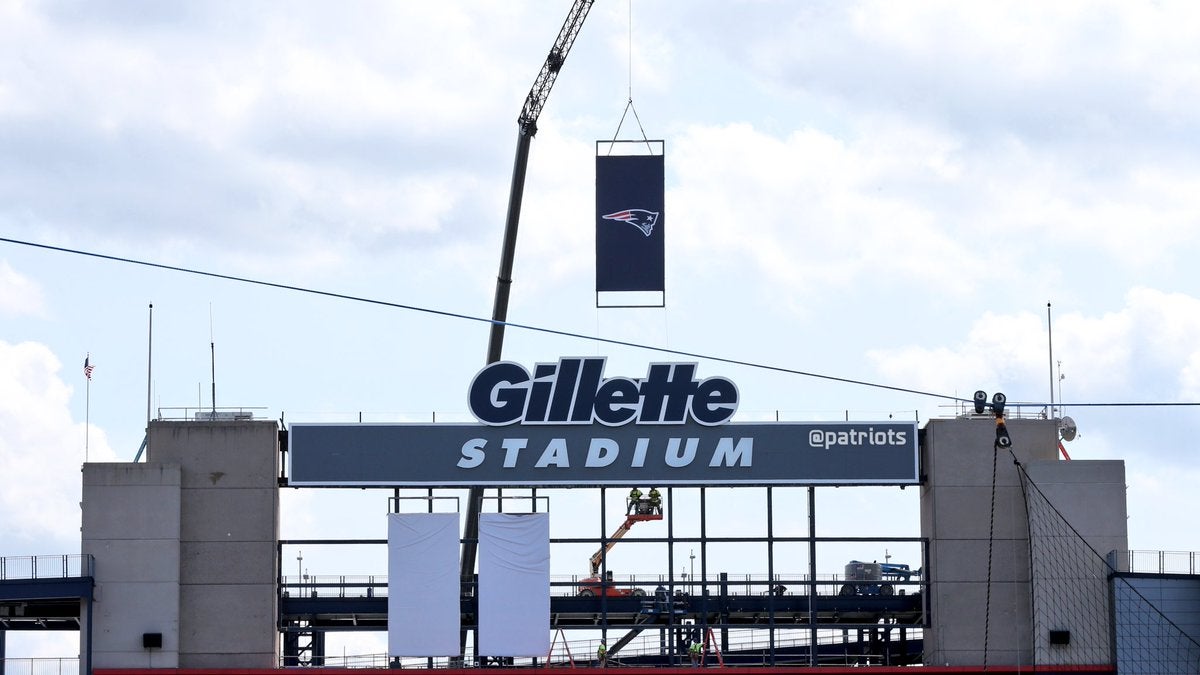 All in all, the renovations appear to amount to some new, sleeker-looking signage, which has been raised to create room for banners to be displayed underneath. SB Nation editor Rich Hill suggested Thursday afternoon that the new design could allow for up to 11 banners, including the space on the concrete where they used to be displayed.

Patriots have space for 7 banners underneath the Gillette Stadium sign. Could have 4 more on concrete sides where banners used to hang. pic.twitter.com/O04ZJ9IS8a

The fifth banner is set to be unveiled ahead of the team’s home opener September 7 against the Kansas City Chiefs. Knowing Patriots fans, they’ll be hoping for many more, if not 11.