Tom Brady has been preaching about the benefits of his holistic lifestyle regimen for quite some time now, and soon enough, he’ll be sharing his practices with an audience larger than just Rob Gronkowski. Brady’s new book, The TB12 Method: How to Achieve a Lifetime of Sustained Peak Performance, is dedicated to informing readers about the benefits of his seemingly effective, albeit odd, habits.

Covering topics like muscle pliability, strength training, and nutrition, The TB12 Method wants to give readers the opportunity to maximize their potential and reach new heights of success, à la the 40-year-old Super Bowl champion. Along with workouts and recipes, it features first-person advice and anecdotes from Brady himself. The 295-page, heavily illustrated performance guide is scheduled to be released on September 19. Below you can find 12 excerpts from the highly promoted “athlete’s bible.”

On high school: “As an athlete, I was a late bloomer. I also wasn’t someone who put a lot of effort into school, though I was a B, B-plus student who did well in math, statistics, and finance. The thing is, I never really applied myself to academics, since reading books would have taken time away from my much greater passion and time commitment for sports.” (p. 7)

On the origins of TB12 Method: “Sometime during the 2004 training season, one of my teammates, Willie McGinest, saw me taking time off practice and took me aside … Willie had a certain aura and charisma about him—he was “the Godfather” of the locker room—and he’d always been like an older brother to me. Seeing what was happening, Willie suggested I meet with his body coach, who at the time was Alex Guerrero. Without that meeting, the TB12 Method would never have come to exist.” (p. 18) 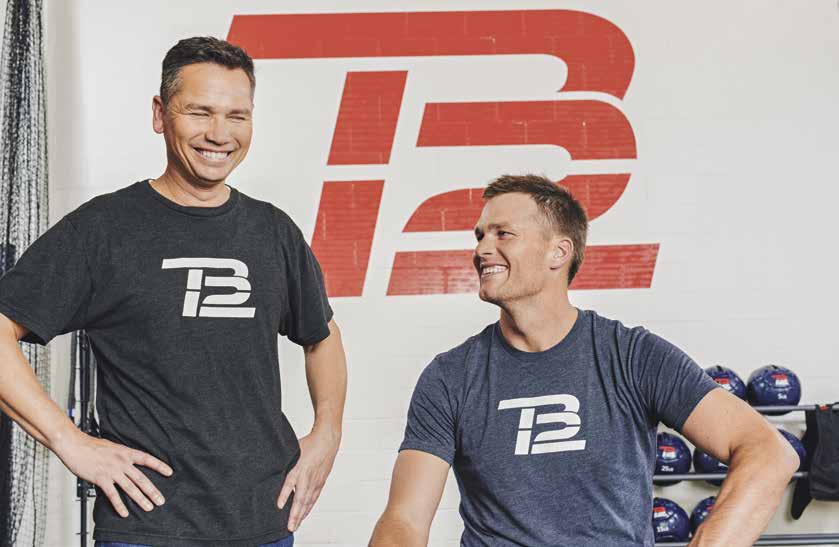 On the impact playing football has on his body: “Playing football for a living was like getting into a car crash every Sunday—a scheduled car crash—and I began developing a whole new understanding of what I was putting my body through every week, and the amounts of trauma my body was experiencing.” (p. 19)

On motivation: “I want to play until my mid-forties, and I realize that requires a focused, disciplined approach. I’ve always been more motivated to target and improve on my deficiencies, and I still am. Coach Belichick says, ‘You pay the price in advance,’ and a teammate of mine liked to say that ‘The only place where success comes before work is in the dictionary.'” (p. 29)

On pliability: “Pliability is the name Alex and I give to the training regiment he and I do every day. Using his hands and elbows, Alex performs targeted, deep-force muscle work to lengthen and soften every muscle of my body, as I rhythmically contract and relax that muscle. We almost always focus on my entire body, unless on area takes up more of our time.” (p. 55) 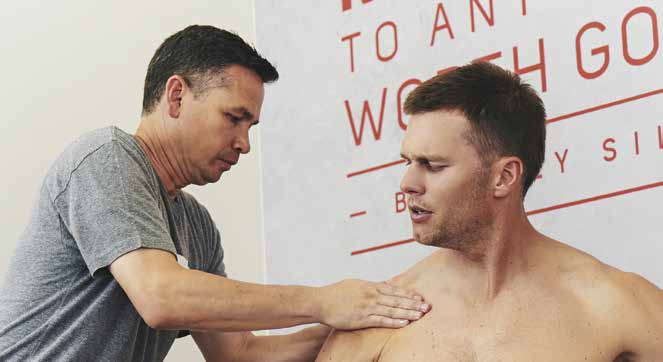 On weight training: “Alex always says, ‘For long-term peak performance, you can’t train slow and move fast.’ Over a short window of time it may be possible, but lifting heavy weights and moving fast at the same time is not very sustainable. And it’s certainly not sustainable if you want to maintain optimal pliability. Maybe younger athletes with natural pliability can—but they’ll be sacrificing durability and longevity. Lifting heavy and moving fast is counterintuitive and counterproductive.” (p. 122)

On hydration: “Try not to drink too much water during a meal, as it can interfere with digestion. Wait an hour or so after you’re done eating before you drink water, since water washes away the body’s natural enzymes, which break down your food. Rule of thumb: Drink more water before and after meals than during meals.” (p. 212)

On his diet: “The regimen I follow is a mix of Eastern and Western philosophies. Some of these principles have been around for thousands of years. My nutritional regimen may seem restrictive to some people, but to me it feels unnatural to eat any other way. Many people have conditioned their bodies to a nutritional regiment made up of lots of white or pale-looking foods—french fries, potato chips, white bread, chicken nuggets—that don’t exist in nature.” (p. 217) 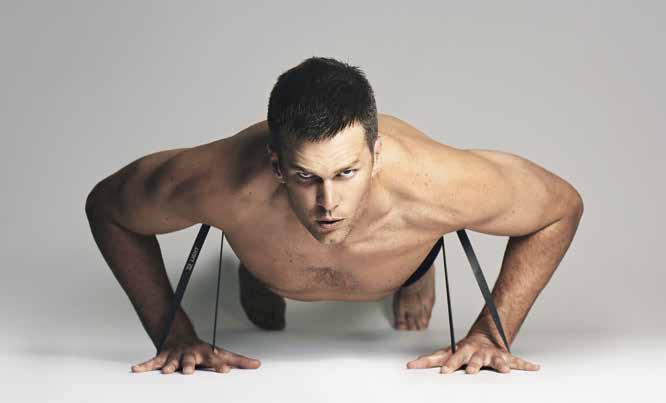 On dairy: “When I was a kid, the dairy industry rolled out lots of campaigns urging people to drink lots of milk. Remember milk mustaches? I actually did that campaign back in 2002! But research today is pretty clear that we should consume dairy in more limited amounts. Our belief at TB12 is that dairy products are high in calories and lower in nutritional value than other foods.” (p. 223)

On positivity: “Things happen sometimes that I don’t welcome or want, but I make the choice to remain positive. That is something within my control. I don’t like to focus on negatives or to make excuses. I am never a victim. I gain nothing if I get angry or frustrated. You can make life a lot harder for yourself by focusing on negative things in your path or making excuses for why things didn’t go your way.” (p. 271)

On his sleep environment: “Create a good pre-sleep routine to relax. Train your body to get into a rhythm by going to bed at a regular time, and turn off all your electronic devices a half hour before you go to sleep. If there’s a TV in your bedroom, consider putting it somewhere else. It’s a bedroom, not a tech cave. My wife doesn’t even allow cellphones near the bed when we sleep.”

On getting older: “Every year, people like to remind me that another twelve months have gone by, and that father time is undefeated. That saying has been around for a long time. It’s probably true—and realizing that has made me continually rethink my approach to my career and my holistic, integrative training regiment … To me, getting older has been a positive experience athletically.”

Tom Brady admits he tried to trip Malik Hooker, says he doesn't know why he got fined