The Buccaneers defense took down Tom Brady three times on Thursday night, bringing his cumulative sack count to 16 on the year. That statistic already surpasses Brady’s total (15) from the entirety of the 2016 regular season. It is important to note that the quarterback only played in 12 games last season, having missed the first four due to his Deflategate suspension.

Tom Brady has been sacked twice tonight, and 15 times on the season. He was sacked 15 times during the entire 2016 season. pic.twitter.com/yR1562irJi

The 40-year-old’s highest sack count ever stands at 41, from his very first season in the league as a starter. In 2013, He nearly matched that number with 40. Omitting 2008, which was missed due to a knee injury, Brady has averaged 27.8 sacks per season and is certainly on pace to eclipse that mark this year.

When asked if he was concerned about the number of hits his quarterback is taking, Patriots head coach Bill Belichick does not seem to be fazed.

“We always try to, obviously, protect the quarterback, create holes in the running game and do all of the things that we try to do to move the ball and be successful,” he told reporters in a conference call last week. “So, that’s what we’ll continue to do. It’s a contact sport. Guys are going to get hit out on the football field.”

“I think that’s reality,” Belichick continued. “We do the best we can to try and win games. That’s what we’re going to try and do.”

When pressed further about how the team could potentially minimize the number of hits Brady takes, Belichick offered this response: “We’re not going to hand the ball off 70 times per game. Is that what you think we should do? Run 70 runs a game?” 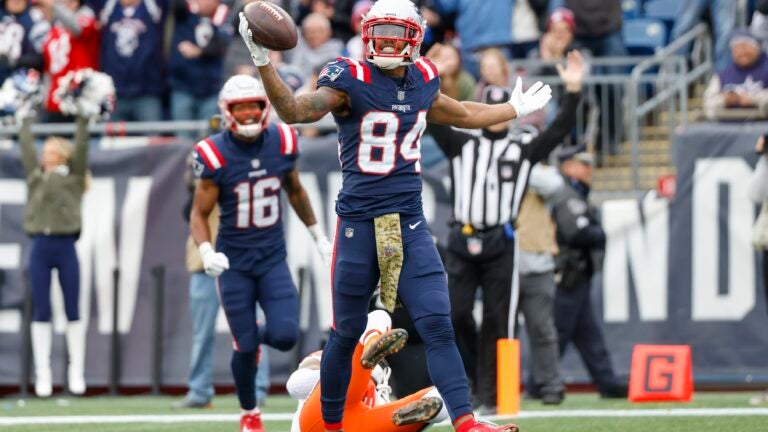