But no, Seferian-Jenkins’s touchdown in the fourth quarter of Sunday’s Patriots-Jets game was overturned and ruled a fumble, creating confusion and calling for extensive explanation from referee Tony Corrente after the Patriots’ 24-17 win on Sunday.

With 8:31 to play, the Jets trailed by 10 and had second and goal at the Patriots’ 4-yard line. Quarterback Josh McCown threw short left to Seferian-Jenkins, who caught the ball around the 5. Seferian-Jenkins turned upfield and was met first by safety Duron Harmon, then by cornerback Malcolm Butler. With both defenders draped on him, Seferian-Jenkins crashed into the pylon at the front corner of the end zone.

Butler protested wildly. He’d felt the ball in the process of falling, and he was sure that it had been loose when Seferian-Jenkins crossed the line. A couple of replay angles did not seem to indisputably show Seferian-Jenkins lose possession of the ball.

But the ruling on the field was overturned. According to replay officials in New York, Seferian-Jenkins lost control of the ball while going to the ground. 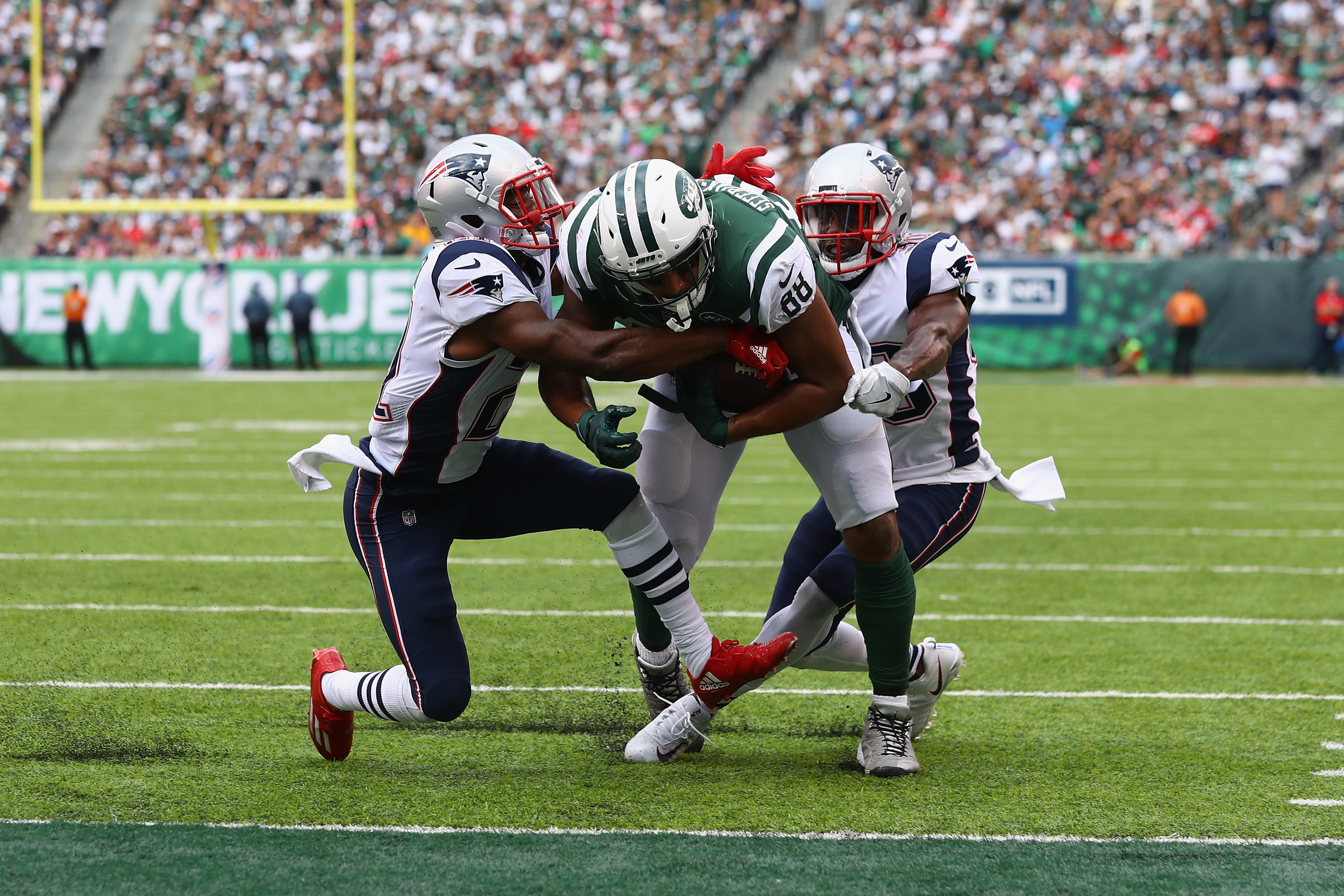 It was an end zone angle of the play that proved enough evidence to make the call, Corrente said.

On Monday, Al Riveron, the NFL’s senior vice president of officiating, said on a conference call that each replay angle is from the broadcast. He said he called the CBS production truck at the game and asked them to provide every feed they had on the play. 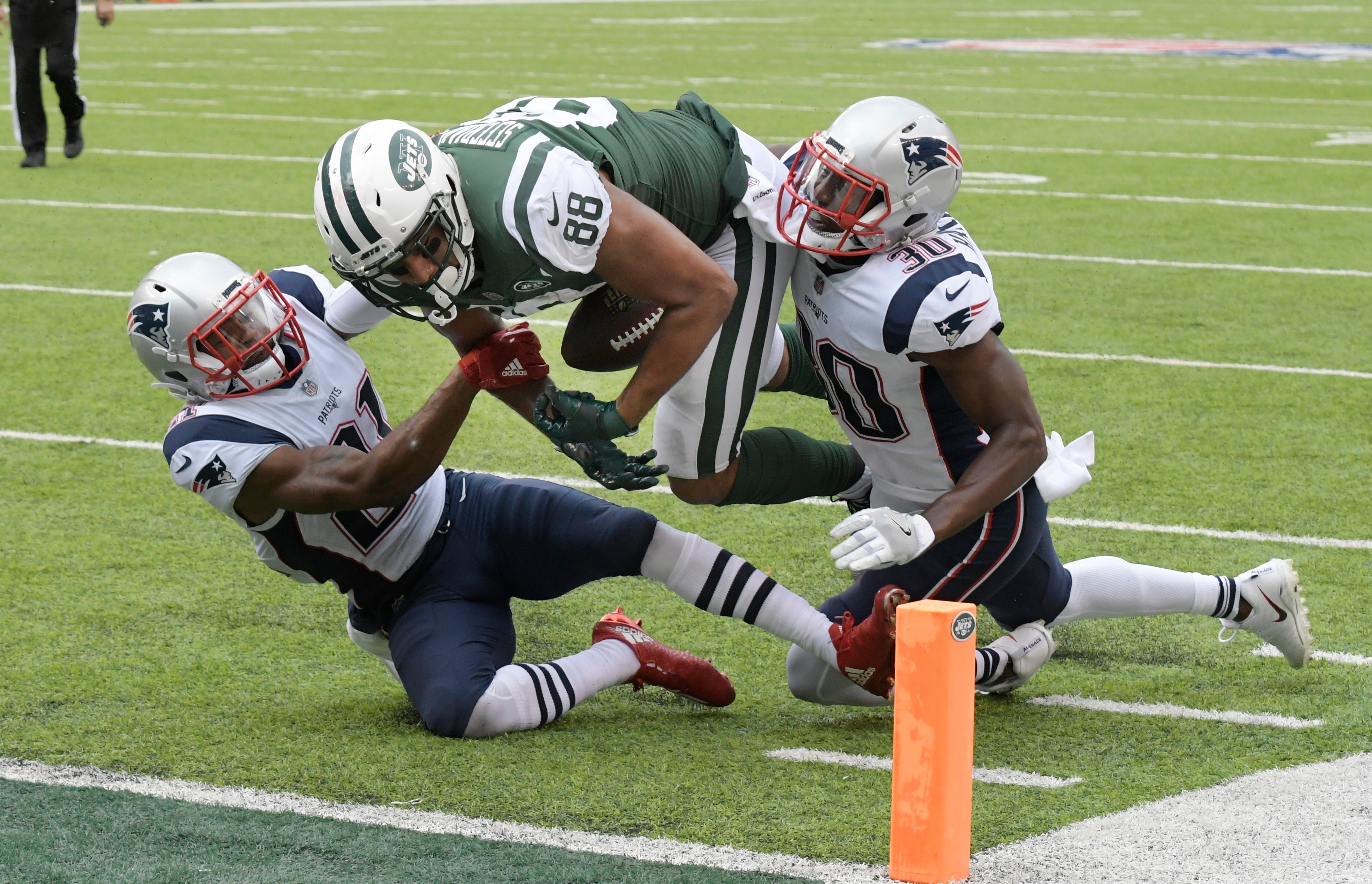 By the time Seferian-Jenkins regained control and got to the ground to reestablish possession, he was out of bounds in the end zone. The result? Loss of the touchdown, and a touchback. Patriots’ ball.

“At what point he touched the pylon, it was during the process of trying to recover the ball,’’ Corrente said. “Even though he may have had the ball in his hands the second time, that control does not mean possession until he comes to the ground and shows firm control of the ball at that point.

Riveron said on Monday that the rule was properly applied.

“We might not agree with the rule, but that is the rule, so the rule was enforced correctly,’’ he said. 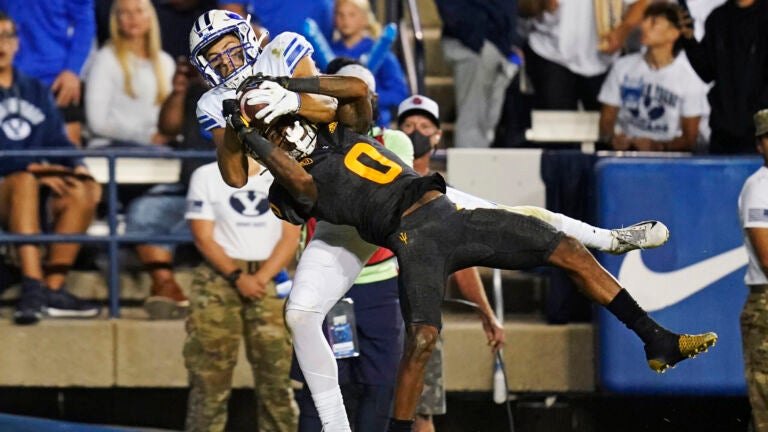