Illinois native Jimmy Garoppolo had more than just Patriots plays to learn upon moving to Massachusetts. The backup quarterback — who was selected by the Patriots as the 62nd overall pick in the 2014 NFL Draft — is entering his fourth season with New England and has been learning the ropes both on and off the field.

In a video posted by the Patriots on Twitter, Garoppolo recounts his first-ever visit to Boston’s beloved coffee chain: Dunkin’ Donuts. Things didn’t go as smoothly as he may have liked.

“It was in the morning. I asked for a vanilla long john,” he said, seated at a table inside a famous Chicago deep dish pizza joint. “And they go, ‘What’s a long john?’

“And I was like, ‘It’s a donut,” the 25-year-old continued. “So I described it to them, and they just acted like I was crazy: ‘Pull up to the window and we’ll talk about this.'”

Although Garoppolo may be disappointed that Boston doesn’t appear to serve his well-cherished pastry, perhaps an 87-cent medium coffee will suffice the day after a Patriots’ win. 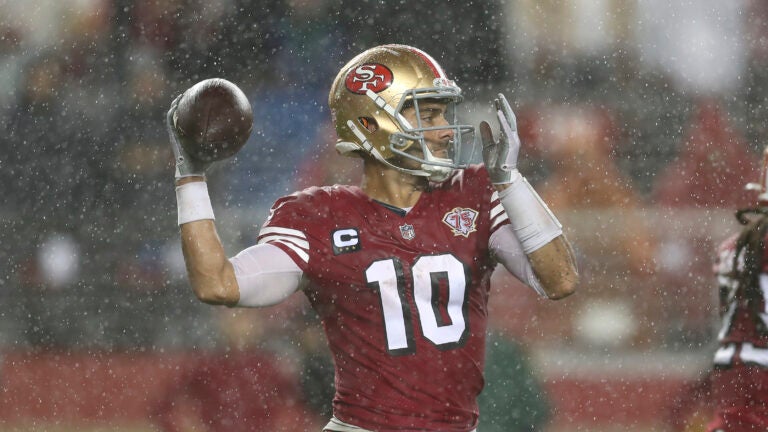