On this day five years ago, Mark Sanchez, Steve Gregory, and poor, poor Brandon Moore combined for one of the most recognizable blunders in NFL history.

The “Butt Fumble” is forever emblazoned in the memories of Patriots and Jets fans, for very different reasons. It represented the painful end of an era in New York, as Sanchez – already on his way out as the team’s starter – simply magnified the shortcomings of the team’s quarterback play. For Patriots fans, it remains the gift that keeps on giving.

Looking back on that Thanksgiving night, here are a few things that fans might have forgotten about the inimitable “Butt Fumble”:

It was simply the middle touchdown of an epic Patriots run: During the second quarter of the game (which was scoreless through the first 15 minutes), the Patriots ran up five unanswered touchdowns. The “Butt Fumble” was merely one of a series of New England scores.

Within the franchise-record run of touchdowns, the Patriots hammered the Jets for 21 points in 53 seconds (again, the “Butt Fumble” being the middle score).

ESPN had to formally retire the “Butt Fumble” after an incredible 40-week run on “Not Top 10”: Obviously, the play made SportsCenter’s “Not Top 10” that week, winning easily. What was less obvious (at least initially) was its enduring dominance on the list. SportsCenter anchor Kevin Negandhi recently explained its epic run:

That highlight just represented the worst of the worst, perfectly. It was No. 1 on our SportsCenter Not Top 10 for going on 20 weeks, and I remember thinking, “This thing is never going to lose.” After 40 weeks, the powers that be made the decision to retire it. They saw that Butt Fumble was an unstoppable force and we had to take matters into our own hands. Think about it: 40 weeks. We were coming back around to the next football season. You’re talking about awful baseball plays, the entire NBA season, bad college football plays, awful soccer plays, even own goals, and for 40 weeks of our Not Top 10, it outlasted more than 400 bad plays.

Patriots safety Steve Gregory had a big night beyond the fumble return: Not only was Gregory the man on the spot when Sanchez famously coughed up the ball after running into his own lineman, but the Patriots safety also made several other plays in the game.

On one of the Jets’ few scoring threats in the first half, Gregory intercepted Sanchez’s pass. And he also forced (and recovered) a separate fumble. Yet his most memorable contribution to the game was possibly one the easiest plays he made in his NFL career.

That night against the Jets, Edelman turned in a solid all-around performance. Not only did he haul in a 56-yard touchdown from Tom Brady, but he recovered the Jets fumble on the kickoff return immediately following the “Butt Fumble,” scoring the third New England touchdown in less than a football minute:

The game is actually the answer to a rare piece of Edelman-Welker trivia: Edelman’s touchdown catch against the Jets capped a 35-point second quarter for the Patriots. New England’s first score went through Wes Welker (at that point Brady’s primary target in the offense).

Coincidentally, that famous 2012 victory in New York was the only time both Edelman and Welker caught touchdowns in the same regular season game.

The “Butt Fumble” drove Fireman Ed away from Jets games for almost three years: Arguably the best known Jets fan is “Fireman” Ed Anzalone (who leads chants while wearing a fire helmet). In 2012, Anzalone was wearing a Sanchez jersey, but left the Nov. game at halftime – with the Patriots leading 35-3 – because of “confrontations” with other Jets fans.

He wouldn’t return to another Jets game until Sept. 2015. 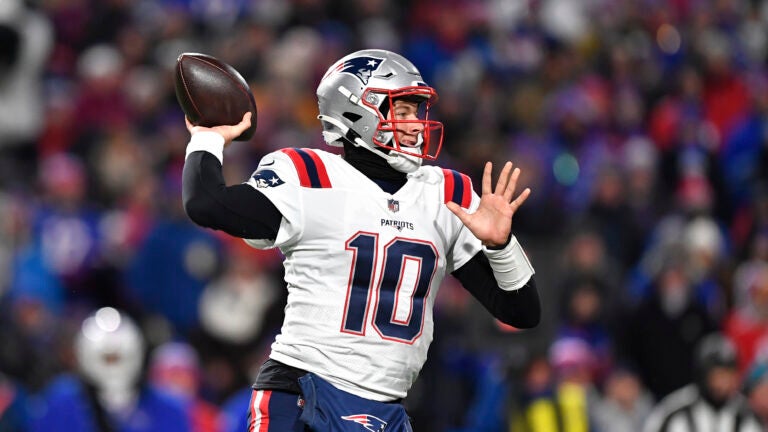