As someone with still-functioning flavor buds and a very comfortable couch, Tom Brady’s first lifestyle-branded book, “The TB 12 Method,’’ is somewhere below “Idiot’’ by the great American author Johnny Damon on my reading list.

Like most football fans, I do hope Brady’s coach and co-star of the Patriots’ near-two-decade dynasty, Bill Belichick, decides to write his memoirs someday, preferably after taking a dose of sodium pentothal. Given his appreciation of football literature and tactical guides — his extensive football library is on display at the Naval Academy — I imagine this will happen, minus the truth serum part.

I’ve enjoyed many books on this Patriot reign – including “Patriot Reign’’ — that have already been written. But there’s one person with external ties to the Patriots who ought to write a book, because he is one of the very few people who knows the whole story of how Jimmy Garoppolo went from Brady’s eventual successor to the new hope of the San Francisco 49ers.

What did you know and when did you know it, Don Yee? And tell us there’s a chance that you’ll actually share it someday.

Actually, there probably is less of a chance of this happening than there is of Brian Hoyer starting at quarterback Saturday night. The agent, who represents both Brady and Garoppolo and managed to get what both quarterbacks desired out of an extremely complicated situation, keeps a low profile. He is regarded as a thoughtful and serious representative who prioritizes his clients’ wishes, sometimes at the expense of his commission. He is not the negotiate-and-tell type.

Yee has never flaunted the fact that he is Brady’s agent in their 18 years together, which is probably one reason why he remains Brady’s agent. Imagine how Drew Rosenhaus would have handled his negotiations for Brady’s deals through the years, especially those for significantly below market value. Imagine what Brady might have been offered had he ever hit free agency, or had he taken a massive chunk of the salary cap at the cost of further building out the roster, as Peyton Manning did at times with the Colts?

Yee probably will never aspire to the New York Times bestseller list, which is Patriots fans’ loss. He is one of the few people who could fill in the gaps on how this saga played out from when Belichick nixed all offers for Garoppolo at the April draft to the moment he resignedly sent him to the 49ers on Oct. 31 for a second-round pick.

The Patriots are always a favorite topic of the national sports media for obvious reasons: Over nearly two decades now, they have achieved one of the most compelling (and occasionally controversial) stretches of success in the modern history of American sports. But the hot-takes are reaching an even higher decibel level now, in part because of ESPN reporter Seth Wickersham’s compelling recent feature that digs into some of the issues they have had to navigate this year, most notably how to proceed with the Brady/Garoppolo situation.

There’s a last-days-at-the-disco vibe to the story, largely because Brady will be 41 in August, and 41-year-old quarterbacks are usually a half-dozen years into their broadcasting careers by that age. But anyone who suggests this story chronicled genuine, tear-it-all-apart turmoil among the Patriots is wish-casting what they want to happen. The Patriots are 13-3, own the top seed in a thin AFC playoff field, and Brady is a front-runner for NFL Most Valuable Player. Thirty-one other NFL coaches daydream of such turmoil.

I believe Wickersham’s reporting, and I suspect some of his sources overlap with those who were telling local reporters some of the same details over the last few weeks.

I believe Brady is relieved to know that the potential threat to his job should he suddenly play like a 40-year-old is gone.

I believe Robert Kraft’s loyalty belongs to Brady over any other member of the organization that is not family.

I believe Belichick sees small signs of decline in Brady but trusts that he can play at a high level for another season or two.

What puzzles me is trying to connect all of the dots from when Belichick wouldn’t trade Garoppolo in the offseason until when he did. Trading Jacoby Brissett to the Colts at the end of training camp sure looked like an indication that Belichick expected Garoppolo to be here long-term, that he was the succession plan for Brady.

Then, before November can arrive, Hoyer is suddenly the backup here, Garoppolo is weeks from becoming the new big thing in the league, and Brady’s eventual successor is someone who is nowhere near Gillette Stadium right now.

That escalated quickly. So what changed? What are we missing? What could Yee tell us? Did he, on Garoppolo’s behalf, make it clear to Belichick at some point during the season that Garoppolo had no intention of sticking around beyond next year, when he could be franchise-tagged for a salary that would exceed Brady’s and gut the depth on the roster?

When, exactly, did Belichick know he was not going to be able to keep Garoppolo? Did it happen in the meeting with Kraft that Wickersham detailed and the Patriots are semantically denying? Or is it something that became known to him in another way — such as through an agent who had the complex obligation of representing both players and somehow maneuvered the situation so that it worked out best for both?

I hope we know the full story someday. I’m not sure a reliable narrator is willing to tell it.

The most interesting backlash to come from Wickersham’s story is actually a positive development: It has galvanized Patriots fans around Brady. The appreciative ones already were in his corner, of course, but if you turned on sports radio for any length of times in recent weeks, you’d inevitably hear some caterwauler or another lament letting Garoppolo go, with some suggesting the Patriots traded the wrong player.

Belichick clearly believed in Garoppolo, and I’m sure he doesn’t mind it being public that he wanted to keep him. But if somehow figuring a way to keep Brady and Garoppolo was the best-case scenario, riding it out with the greatest quarterback ever to play is right there behind it. 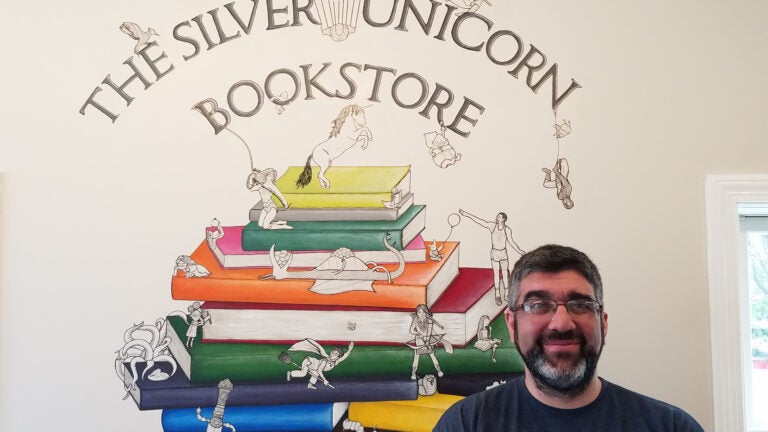