It’s the AFC champion Patriots vs. the NFC champion Eagles in Super Bowl LII. Here are details about the game.

How they got here

AFC champion: The Patriots defeated the Titans in the divisional round and Jaguars in the AFC Championship.

NFC champion: The Eagles defeated the Falcons in the divisional round and Vikings in the NFC Championship.

■ New England will play in its second consecutive Super Bowl, third in four years, and 10th overall with a chance to tie the Pittsburgh Steelers for most Lombardi Trophies.

■ Tom Brady and Bill Belichick will be making their eighth Super Bowl appearance as a quarterback-coach duo.

Of note: This is Steratore’s first Super Bowl assignment … Officials must be rated in the top tier at their position to be eligible for the Super Bowl. They must have at least five years of NFL experience and previous playoff assignments.

■ The Patriots defeated the Falcons in Super Bowl LI last season. New England is 5-4 in the Super Bowl.

■ The Eagles lost Super Bowl XXXIX to the Patriots after the 2004 season. Philadelphia is 0-2 in the Super Bowl.

Events at the Super Bowl

Super Bowl Opening Night: Formerly known as media day, this features each team making all personnel available to the media on Monday, Jan. 29 at the Xcel Energy Center in St. Paul. One team attends at 7:10 p.m., the other at 9 p.m.

Super Bowl Experience: An interactive theme park at the Minneapolis Convention Center opens Saturday, Jan. 27 and is open Jan. 28, 29, and 31 and Feb. 1-3.

Super Bowl Live: At the Nicollet Mall in downtown Minneapolis, this is a free festival featuring music performances, food, and other attractions. Runs Jan. 26 to Feb. 3.

About the Lombardi Trophy

From the NFL: The winning team receives permanent possession of the Vince Lombardi Trophy, a sterling silver trophy created by Tiffany & Co. and presented annually to the winner of the Super Bowl. The trophy was named for the late Vince Lombardi before Super Bowl V.

The trophy is a regulation-size silver football mounted in a kicking position on a pyramid-like stand of three concave sides. The trophy stands 20.75 inches tall, weighs 107.3 ounces, and is valued in excess of $25,000. The words Vince Lombardi and Super Bowl LI are engraved on the base along with the NFL shield. 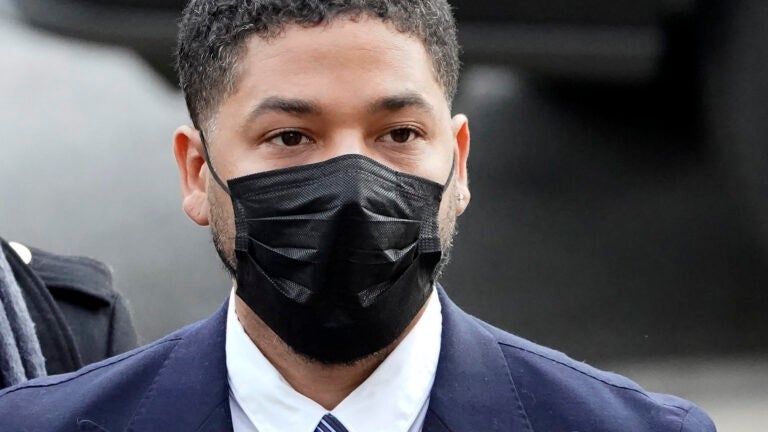 EXPLAINER: What charges does Jussie Smollett face at trial?