Have a strong hunch that Stephen Gostowski will play the game of his life next Sunday? Well, you may want to bet on it.

That the New England Patriots kicker will be named the MVP of Super Bowl LII (22-1 odds) is just one of nearly 1,000 prop bets released by bookmaking firm William Hill for this year’s game. The full list of 948 Super Bowl side wagers range from the straightforward to the obscure.

There’s the point spread (Patriots favored by -5) and the over/under for total points scored (48.5), as well as the odds a specific player will win MVP. Tom Brady opened as the 8-5 favorite, followed by Philadelphia Eagles quarterback Nick Foles (4-1) and Patriots tight end Rob Gronkowski (8-1). Interestingly, at 22-1 odds, the bookmakers give Gostowski a better chance to win MVP than any defensive player on either team.

Then there are the bets on whether a specific event will occur.

Will Nick Foles throw his first interception of this year’s playoffs? According to William Hill, the moneyline odds are -120 that he will. What will the first accepted penalty be? False start leads the way with 7-2 odds. Who will score first in the second quarter? The Patriots are slightly favored.

And then there are the truly inane bets, many of which involve cross-sport scenarios.

Will Gronk’s longest catch be more than the amount of points scored by Kyrie Irving in the Celtics game Sunday against the Portland Trail Blazers? Gronk is favored by a half point/yard. Will Steph Curry make more three-pointers Saturday than Alshon Jeffery makes receptions? It’s a pick ’em. Who will be called for more penalties: the Patriots or the NHL’s Vegas Golden Knights? The Pats are -150 moneyline favorites.

Here’s a weird one: Will Tom Brady have more rushing attempts than the number of yellow cards handed out in Sunday’s match between Liverpool and Tottenham?

The last time the two Premier League sides squared off, only one yellow card was issued. That seems like a very low bar for Brady, especially considering that kneel downs are counted as rushing attempts. The 40-year-old quarterback had 25 rushing attempts in 16 regular season games and six attempts in two playoff games this season.

Lastly, one wager may appeal to the degenerate gambler: Will the opening coin flip be heads or tails? The odds, of course, are even. Fortunately, according to William Hill, there is a $1,ooo bet limit on their props, so you can only lose so much on this silliness. 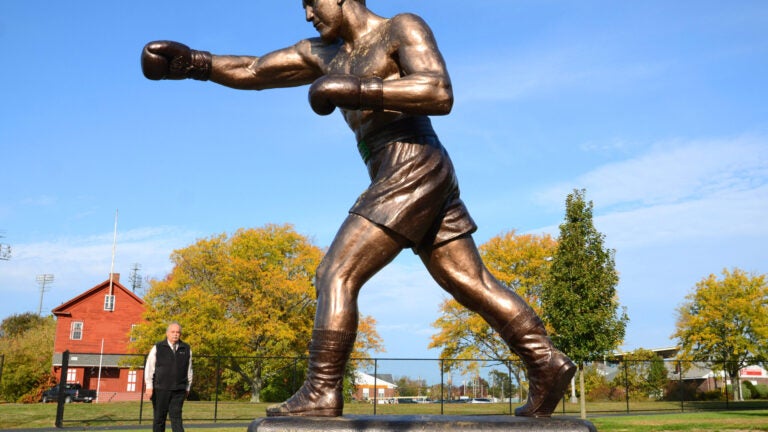