The former Red Sox infielder, who is Tom Brady’s brother-in-law, expressed his dismay at the recent comments made by WEEI co-host Alex Reimer during Thursday night’s edition of “Mut at Night.”

“As a proud family man, it is taking everything in me to not take the low road today,” Youkilis wrote on Twitter. “We will continually take the high road while others feel it necessary to take a swipe at our family.”

As a proud family man, it is taking everything in me to not take the low road today. We will continually take the high road while others feel it necessary to take a swipe at our family. #Karma #Family

While discussing the first episode of Brady’s new docu-series, “Tom vs. Time,” Reimer referred to Brady’s five-year-old daughter, Vivian, as “an annoying little pissant.” The insult was “very disappointing” to the quarterback, who called in for his weekly appearance Monday morning before the Patriots’ Super Bowl LII send-off at Gillette Stadium.

“I’ve tried to come on this show for many years and showed you guys a lot of respect,” Brady said on WEEI’s “Kirk and Callahan.” “I’ve always tried to come on and do a good job for you guys. It’s very disappointing when you hear that, certainly. My daughter, or any child, they certainly don’t deserve that.”

“I really don’t have much to say about it this morning,” he added, before cutting his interview short.

Brady said he is re-evaluating his participation in the weekly radio segment. Entercom, WEEI’s parent company, and the Patriots had announced a multiyear partnership extension last week. 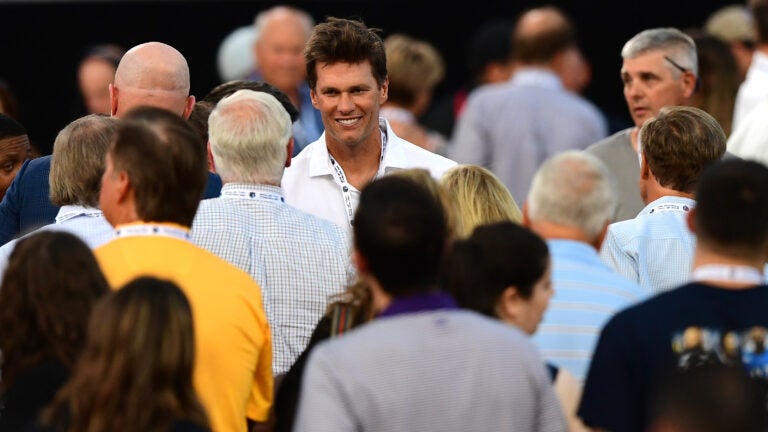