Prepare for game day with the Point After newsletter

Our football teams may be adversaries, but our newsrooms are not. This article is brought to you through a content-sharing partnership among the Philadelphia Inquirer and The Boston Globe. Thank you for supporting local journalism, no matter where you live.

Looks as if the mysterious World Series bandit is at it again. This time, his money is on the Eagles.

Patrick Everson, of the gaming website Covers.com, reported Monday that bookmaker William Hill U.S. had taken a $1 million bet on the Eagles’ money line at +$165. It’s just the latest large wager on the Eagles to win the game outright from a person ESPN and others are identifying only as “Bettor X.’’

“He’s one of the guys who was floating around betting all that money on the World Series,’’ Vaccaro told the AP. “I don’t think he lost a bet then; we’ll see how he does now.’’

Bettor X also has made six-figure wagers on the Eagles’ money line at several places, including South Point, where Vaccaro works, ESPN reported.

The money line is different from the point spread, which is the much more popular play among the general public. The baseline is $100. New England, as the favorite, had been minus-$185. To bet on New England, a player would have to put up $185 to win $100. That player would get the original $285 in return if the Patriots win the game outright.

They do not have to cover a point spread.

Bettor X has the underdog Eagles at plus-$165. His $1 million bet would win $1.65 million, but the Eagles must win the game outright.

Bettor X’s plays were enough to drop the money line slightly to New England -$180, Eagles +$160 at many sports books in Nevada.

The point spread remains right around 4 or 4.5, and the over/under has remained 48 or so. 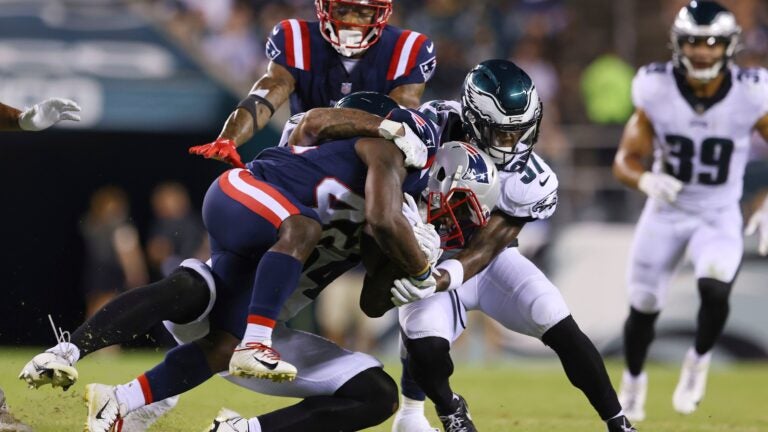 Chad Finn: It sure looks like the Patriots can run with the best of them