Trailing 15-6 in Super Bowl LII, the Patriots were backpedaling on defense until Duron Harmon made yet another big play.

On first down just inside Patriots territory, Eagles quarterback Nick Foles tried to go deep to wide receiver Alshon Jeffery. The ball was tipped up in the air, and Harmon made an interception at the goal-line.

One of the craziest picks you’ll ever see…

The Patriots proceeded to put a drive together, marching downfield 90 yards on seven plays. On first down at the Eagles’ 26-yard line, James White escaped a trio of tacklers to score the Patriots’ first touchdown of the Super Bowl: 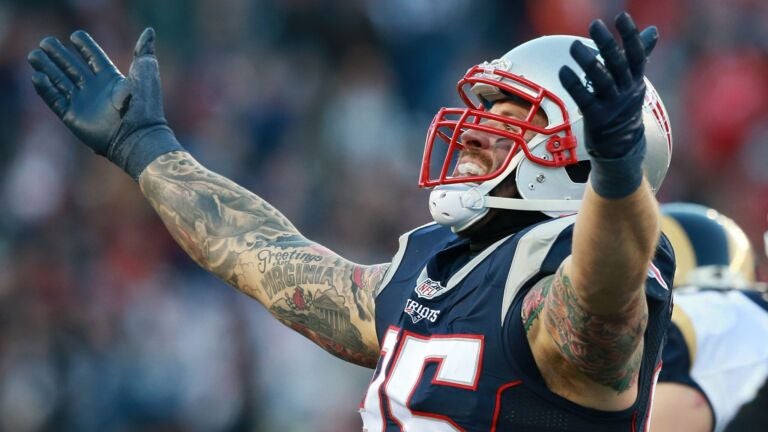