FOXBOROUGH — Because of multiple trades down in this year’s NFL Draft, the Patriots are looking like one of the major players in the 2019 draft.

They will have their own pick in the first round, two picks in the second round (theirs and the Bears’) and as many as three picks in the third round. Those third-rounders include the Lions’ pick and two projected compensatory picks at the end of the round because of the departures of Nate Solder and Malcolm Butler in free agency.

In addition to all that in the first three rounds, the Patriots also would have one pick in each of the fourth, fifth, and sixth rounds, including a projected compensatory sixth-round pick for Dion Lewis. They could have three seventh-round picks as well, their own, Philadelphia’s after a late trade on Saturday, and a compensatory pick for Cameron Fleming, though the compensatory pick formula does include a cap for what any team can receive from it and New England might not get every projected extra selection.

■ Second round (from CHI)

■ Third round (from DET)

■ Seventh round (from PHI)

That’s a lot of capital. The question, of course, is why they seem to feel that it’s more valuable next year than this year. 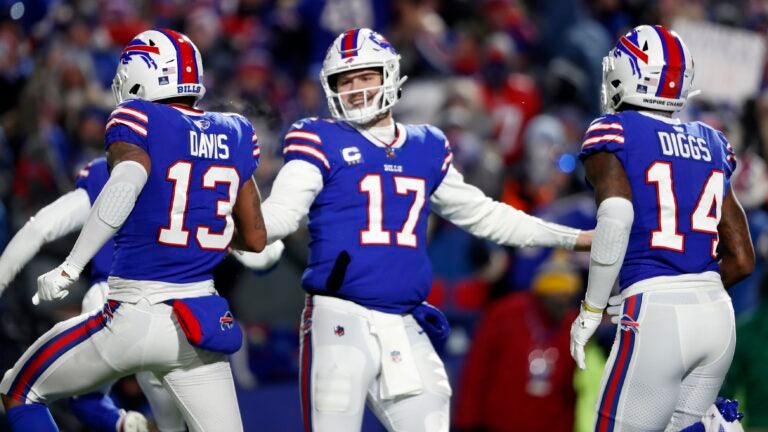