The Philadelphia Eagles are apparently interrupting each other in their hurry to criticize the Patriot Way. Lane Johnson, who’s made clear his distaste for the way Bill Belichick operates, said Tuesday that Super Bowl titles in New England come hand in hand with a wretched work life.

“All these guys talking about ‘I’ll take the rings.’ OK. You can have your rings. You can also have f—ing 15 miserable years,” Johnson said, per Bleeding Green Nation.

Johnson’s comments came after Philadelphia’s OTA practice on Tuesday. His fellow Pro Bowler, Eagles guard Brandon Brooks, was first to talk about the team they vanquished in Super Bowl LII.

Brooks spent time on another limb of the Belichick coaching tree, playing for Bill O’Brien and the Houston Texans. On Tuesday, Brooks described life under O’Brien’s regime. He was less than impressed by the experience, comparing it to when Reggie Wayne decided to retire rather than stay in New England past training camp.

“Shit is not fun there,” Brooks said of Foxborough. “I was under the same regime in Houston [with O’Brien]. I almost retired. Shit was miserable, every day. Every day.”

How much better is life with the Eagles?

That’s where Brooks was cut off by Johnson.

When Belichick was asked about Johnson’s comments on Thursday, he did some interrupting of his own before the reporter could finish the question.

“We’re focused on what we’re doing trying to get better,” he said, per WEEI’s Ryan Hannable. 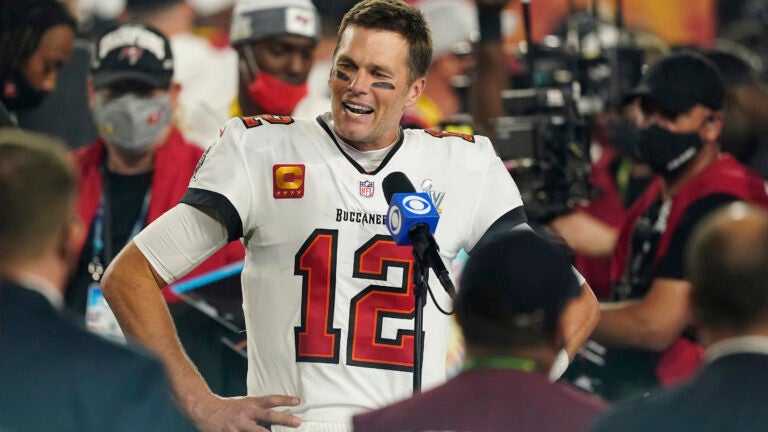 Brady vs. Belichick? Numbers don’t lie but it’s not simple.