Receiver Julian Edelman’s four-game PED suspension was upheld on Tuesday, meaning quarterback Tom Brady and the Patriots will be without the slot stalwart for the first month of the regular season.

Edelman, who is entering his 10th NFL season and is coming off an ACL tear suffered in the preseason last year, will miss games against Houston, Jacksonville, Detroit, and Miami. New England showed last year it can get along without the scrappy and skillful Edelman, but it would prefer not to.

Although there is not a wide receiver on the roster with the same skill set and value as Edelman, his absence allows others — especially newcomers Jeremy Hill, Cordarrelle Patterson, and Kenny Britt, as well as rookies Sony Michel and Braxton Berrios — to gain more game experience with their new team. (Phillip Dorsett, who was not used much last season, and Malcolm Mitchell, who is working back from a knee injury, could also see an uptick in their playing time if they stand out during training camp.)

Brady will have his other safety valve – tight end Rob Gronkowski – but the absence of Edelman could mean teams pay more attention to Gronkowski.

Over his career, Edelman has averaged 69.1 yards per game against the Texans, Jaguars, Lions, and Dolphins, which is about what his average has been over his last four seasons. But, the last time he faced each of these four teams, he averaged 115.5 yards per game.

With that in mind, we examined Edelman’s history against those four teams, highlighting the last time he faced them, and what personnel in the defensive backfield New England will be up against in Edelman’s absence.

History: Edelman has faced Houston four times in his career, three times in the regular season and once in the postseason, and posted 100-yard outings in all but one of those games. In the three regular season matchups, Edelman had 23 receptions for 242 yards and no touchdowns.

Last time out: Edelman went off for a playoff career high of 137 yards on eight catches in the divisional round of the 2016 season. In that game, Edelman faced mostly man coverage and found the most success against cornerbacks Johnathan Joseph (3 for 3, 20 yards) and Kareem Jackson (4 for 6, 103 yards) while he had less success against A.J. Bouye (1 for 3, 14 yards, drop, INT).

Personnel now: Both Joseph and Jackson are still with Houston while Bouye signed with the Jaguars last offseason. Also notable in the Texans’ defensive backfield are safety Andre Hal, who was recently diagnosed with Hodgkin’s Lymphoma, the newly signed Tyrann Mathieu, former Patriot Johnson Bademosi, cornerback Aaron Colvin, and rookie Justin Reid out of Stanford.

Looking ahead: The Texans’ pass defense ranked 24th and was the worst scoring defense last season, so adding Mathieu can only help the unit go up from there. “The Texans plan to start him at safety, but coach Bill O’Brien and defensive coordinator Romeo Crennel will also take advantage of his versatility and move him around in critical situations,’’ ESPN’s Sarah Barshop wrote late last month.

Jackson, who has played safety before, has been getting time at the position during the team’s offseason program. “At safety, Jackson spends more time around the line of scrimmage, kind of like the role Eddie Pleasant used to have. In the past, he lined up at deep safety, too,’’ The Houston Chronicle’s John McClain wrote last month.

History: Edelman has played against Jacksonville twice in his career: As a rookie in 2009 and in 2015 when New England shellacked the Jaguars, 51-17.

The Jaguars No. 1 corner is Bouye, who had six interceptions and 18 passes defended last season, alongside All-Pro Jalen Ramsey with veterans Barry Church and Tashaun Gipson manning the safety spots. Also in the fold is rookie safety Ronnie Harrison out of Alabama and cornerback D.J. Hayden, who signed a three-year deal with Jacksonville this offseason.

Looking ahead: Jacksonville almost got out of Foxborough with a win in last season’s AFC Championship game, had it not been for another Brady Special. The defense ranked second in yards per game, sacks, and interceptions last season to go along with its top passing defense and second-ranked scoring defense. “Ramsey and Bouye are arguably the best cornerback tandem in the NFL, and Bouye has come back with a chip on his shoulder because he felt he got slighted by not making the All-Pro team,’’ ESPN’s Michael DiRocco wrote last month. “Coordinator Todd Wash has made consistency a focus during OTAs, and that’s going to be the biggest issue (other than staying healthy) in 2018.’’

History: Edelman has played against Detroit once: A 34-9 win by the Patriots in 2014.

Last time out: Edelman caught 11 of 15 passes thrown his way for 89 yards. He was granted a pretty decent cushion on most of the snaps he was targeted, saw both zone and man, and was covered by four different defensive backs on his targets in safety Glover Quin, cornerback Cassius Vaughn, safety Isa Abdul-Quddus, and cornerback Rashean Mathis. He was targeted twice when covered by linebacker Tahir Whitehead, catching both for 18 yards. He caught all three passes in the flat for 14 yards.

Personnel now: Two of the defensive backs who covered Edelman four years ago are now out of the league — Abdul-Quddus and Mathis — while Vaughn is now in the CFL. Quin, who was tied for second on the team with three interceptions last season, is still with Detroit while Whitehead is now with Oakland. The Lions’ defensive backfield now: All-Pro cornerback Darius Slay, Quandre Diggs, safety Tavon Wilson, safety Miles Killebrew, and cornerbacks Teez Tabor, Nevin Lawson, DeShawn Shead, and Jamal Agnew, who also returns punts.

The personnel wild card for the Lions is head coach Matt Patricia, the former Patriots defensive coordinator, who knows a thing or two about how the Patriots operate and that will surely play a role in how he game-plans this matchup.

Looking ahead: Slay, who snagged a team-high eight interceptions last season, and Quin are the keys to this secondary, as is the unit’s versatility. Diggs can play safety and corner and in the slot; Agnew can play the slot, as can Lawson and Shead.

“This year, if all goes well, they could be borderline matchup-proof in the secondary, able to shape-shift into whatever opposing offenses dictate,’’ The Athletic’s Chris Burke wrote last month. “There shouldn’t be a glaring weak point in the Lions’ coverage — if someone falters, there are multiple bodies, of various sizes, ready and waiting.’’

History: Edelman has faced Miami 12 times. He has caught 55 of 81 targets for 731 yards and five touchdowns.

Last time out: In Week 17 of the 2016 season, Edelman went off for a career-high 151 yards and a touchdown on eight catches. On his targets, Edelman was most frequently matched up against cornerback Xavien Howard, who provided a big cushion; Edelman caught three of four passes for 37 yards against Howard. Edelman also saw coverage on targets from linebacker Spencer Paysinger, cornerback Tony Lippett, cornerback Bobby McCain, and safety Michael Thomas.

Personnel now: Paysinger is a free agent and Thomas is now with the Giants. Howard, Lippett, and McCain, who signed a four-year, $27 million extension, are still Dolphins. Also of note in Miami’s defensive backfield: veteran safeties Reshad Jones and T.J. McDonald, cornerback Cordrea Tankersley, and rookie Minkah Fitzpatrick out of Alabama, who can play safety and nickel.

Looking ahead: The Dolphins brought aboard new defensive backs coach Tony Oden to help guide a unit that was not great last year. Oden also brought along former player Renaldo Hill as an assistant. Lippett, who led Miami in interceptions in 2016, should return after missing last season while rehabbing a torn Achilles’ heel. The rookie Fitzpatrick impressed his teammates and coaches in the offseason program and they hope to use him in multiple spots. Howard, who picked off Brady twice in the same game last season, showed much promise in his second year, improving his press coverage and jamming receivers at the line of scrimmage. “Tightening up the secondary would solve a lot of Miami’s defensive issues,’’ The Palm Beach Post’s Jason Lieser wrote in May. “That starts with Howard, who has to be capable of handling the opposition’s best receiver. If the Dolphins can’t trust him with that responsibility, the whole plan looks shaky.’’ 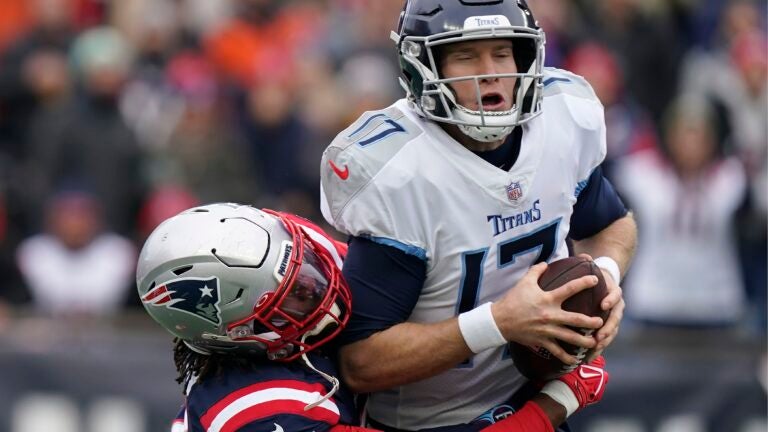