“Unfortunately, the answers we prayed for regarding Knox aren’t ones we were ready to face,” Mayo and his wife, Chantel, wrote on Instagram Monday. “Knox has passed and his BODY WAS FOUND IN THE HOME OF THE OFFLEASH TRAINER. It’s disgusting and inhumane that a company full of ‘dog lovers’ would hide a family pet IN A CLOSET FOR TWO MONTHS and compulsively lie and send us on a wild goose hunt and our kids on an emotional rollercoaster.”

In June, Wrentham police initially reported Knox had gone missing during a walk with Ferriera in Joe’s Park. The trainer had called the police, who responded and searched the area to no avail. Knox’s collar, however, was found on a nearby trail. Ferriera later changed her story and said Knox had gone missing from his crate in her apartment.

According to the RISPCA, Knox died while in the custody of Ferreira, who is being charged with one count of obstruction. RISPCA said Ferreira has known about Knox’s whereabouts “for several weeks” and “intentionally concealed his body from authorities.” Mayo said Ferriera sent the family on several false leads in their search for Knox, “staging him running away, him being stolen, [and] even him drowning.”

“We’ve hired scuba teams, private investigators, lawyers and more when they knew they HAD HIM IN THEIR HOME IN A TRASH BAG tucked away the whole two months. Yeah, A TRASH BAG!” he wrote. “We raised Knox like our child, as you guys can see from our photos and those of you who know us. It hurts to have to accept that our beloved Knox was thought of as trash as they saw our family hurting.”

Ferreira may face additional charges following the results of a necropsy.

“Currently, all that these people are facing is obstruction,” Mayo continued. “Not animal cruelty or filing false police reports or for plain ole tossing someone’s family member in a trash bag and storing it! From the Mayo family, we want to thank all of the people who spent countless hours looking for Knox. To our social media family, thank you for posting every day. We still have work to do…..we need to bring awareness to this problem so it never happens again. This is just getting started.” 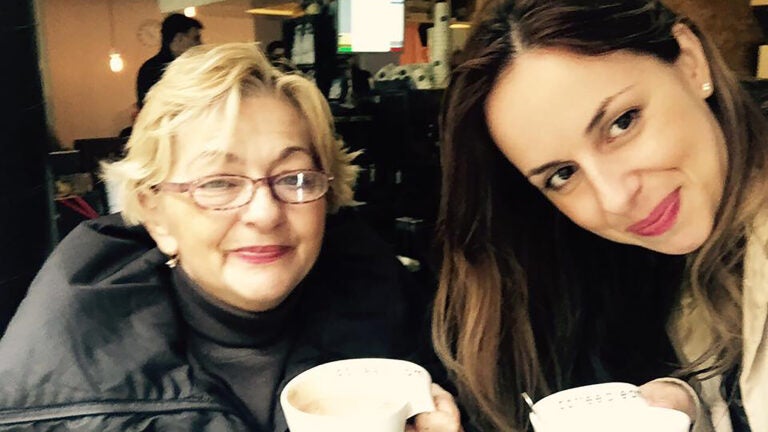