It wasn’t exactly notable that Bill Belichick wore a hoodie during a WEEI radio interview on Monday afternoon. No other New England resident is more synonymous with that particular piece of apparel.

What was more striking was Belichick’s choice of hoodie. Prominently displayed across the front of the hoodie were the words “Croatian Lacrosse,” accompanied by a small checkered pattern customary of the Mediterranean nation.

It’s no secret that Belichick – whose family is originally from Croatia – is proud of his roots, but by adding lacrosse into the mix, he was able to combine two of his favorite non-football things.

Not only is Belichick a fan of Croatian’s fledgling lacrosse team, he’s actively supported its recently successful debut on the world stage.

The Croatian lacrosse program formally launched in 2011, with the dream of eventually sending a team to compete on the country’s behalf. But in a nation where lacrosse was little known, assembling the many necessary materials (not to mention players, coaches and travel expenses) appeared a distant prospect.

Fortunately for the program, Croatian-Americans have stepped up, Belichick among them.

The team is coached by former Maryland National Champion Dino Mattessich, who was born in Croatia. And fundraising for equipment in the U.S. proved fruitful.

Croatian Lacrosse Association’s Director of Development, Chris Voelker, reached out to the Patriots’ coach through Belichick’s foundation. And sure enough, the Bill Belichick Foundation added the CLA to their list of causes.

Belichick himself was there to present a $5,000 organizational grant, helping acquire equipment for the team.

The collective result was that the team made it to Israel earlier in 2018 for the World Lacrosse Championship. The team closed out its first Worlds competition with a 15-8 win over Turkey to finish in 43rd place.

To help the country grow its level of players, a domestic lacrosse league has also been running. And the team that topped last year’s standings will have a familiar name to Belichick and New England fans: the Patriots. 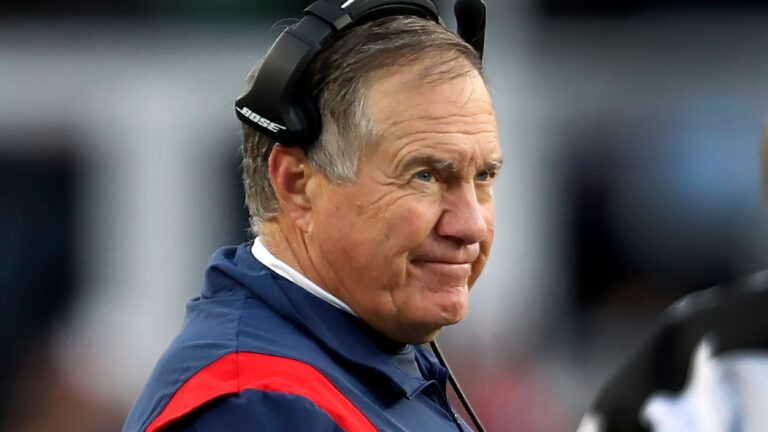 Eight years after 'we're on to Cincinnati', Bill Belichick is taking it 'day-by-day'