HOUSTON (AP) — After throwing just one pass in his return to game action last week, Houston Texans quarterback Deshaun Watson was determined to stay on the field a little longer on Saturday night.

Watson used his one series to march the Texans down the field, going 5 of 8 for 73 yards, capped by a 1-yard touchdown pass to Bruce Ellington in Houston’s 16-13 exhibition victory over the San Francisco 49ers,

“I guess he was 5 for 8, but I think he had three drops on the drive,” Texans coach Bill O’Brien said. “I thought he did some nice things. We were able to play at a pretty good tempo and get in the end zone so that was good.”

It was a much lengthier outing than the preseason opener in Kansas City, when Watson attempted just one pass in his return to game action after missing the second half of his rookie season with a torn ACL.

Garoppolo’s night ended after his second drive when a deep pass to Dante Pettis bounced off Pettis’ hands and was intercepted by Johnson Bademosi. Garoppolo was 10 of 12 for 136 yards and said there were plenty of “simple mistakes” that the team can work on correcting before the regular season begins.

49ers coach Kyle Shanahan said he was tempted to send his first-string offense out for a third series.

Backup quarterbacks Brandon Weeden for Houston and C.J. Beathard for San Francisco struggled to move the ball and the game was tied at 7 at halftime.

With Texans kicker Ka’imi Fairbairn nursing an undisclosed injury, recent acquisition Nick Rose made a 32-yard field goal in the third quarter to put Houston up 10-7. Robbie Gould tied the game at 10 later in the third with a 39-yarder.

After Gould made a 41-yard field goal with 1:41 remaining, Houston third-string quarterback Joe Webb led the Texans down the field and found Vyncint Smith for a 41-yard touchdown with 27 seconds remaining.

With San Francisco down two running backs, including starter Jerick McKinnon (calf) and Matt Breida (shoulder), Jeremy McNichols got the start for the 49ers, rushing for 28 yards on 10 carries. Most offensive starters played the first two series.

No players from the 49ers or the Texans kneeled during the national anthem, although 49ers receiver Marquise Goodwin did raise his right fist for the duration. Linebacker Eli Harold kneeled during the anthem the past two years, but stood on Saturday night.

Texans: Starting CB Kevin Johnson suffered a concussion after defending a pass from Garoppolo on the first drive. Johnson landed awkwardly on his shoulder and was treated on the field by the team’s medical staff for nearly five minutes before being escorted to the locker room. O’Brien said after the game he was taken to the hospital and that he was doing OK. … Texans WR Sammie Coates Jr. also suffered a concussion.

San Francisco was twice flagged for the league’s new penalties for lowering the head to initiate contact, both in the second quarter. The first came on a punt return and was charged to Raheem Mostert and the second came against Jeremiah Attaochu while rushing the passer.

“Extremely disappointing. There were way too many penalties. We’ll look at each one. Some you can control and some you can’t, but they really hurt us. They were unacceptable.” — Shanahan on San Francisco’s 15 penalties for 140 yards

“I feel more comfortable just being out there with the guys longer. Last season, I came off the streets. This year, we have time to work on plays, work on being better.” —Texans WR Bruce Ellington 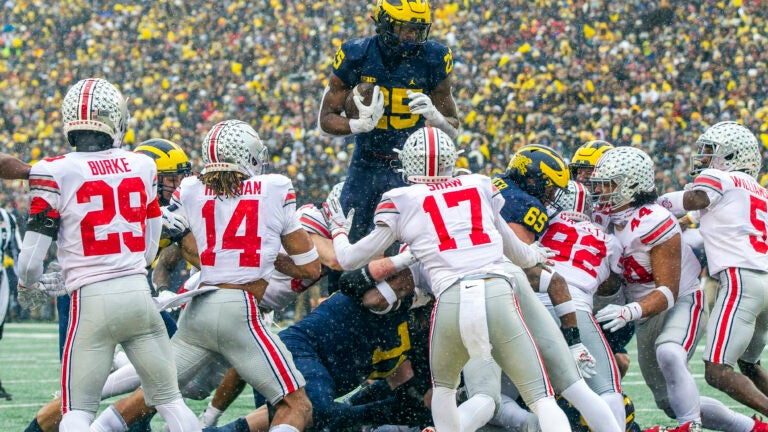