More than half a millennium after the word “goat” became a standard reference for a type of animal, the word has officially gone back into the dictionary for a second time, thanks in part to Tom Brady and the “word detectives” at Merriam-Webster.

In a recently announced move, “GOAT” was one of more than 840 new entries into Merriam-Webster’s dictionary. For those not familiar, this new version of GOAT refers to a word formed from an acronym: “Greatest of all time.”

Thanks to one of the dictionary’s editors, we have answers to a few basic GOAT questions.

Why is this now officially a word?

According to Peter Sokolowski, the editor at large of Merriam-Webster, GOAT met the criteria required.

“We will watch a term like this for a while,” Sokolowski explained. “It’ll go in the database, and we’ll basically keep noticing it. That’s the thing: We want to see the word fit three criteria. One, is it used by many people in many places? Two, is it being used consistently and increasingly? In other words, long term use. And three, we call it meaningful use. That means of the people using this term, do they use it the same way or to mean the same thing?”

“If a word has met those three criteria, it goes in,” Sokolowski continued. “There’s no committee, there’s no advocacy, there are no meetings. So we watch those words, and basically the most senior editors will make a call. It’s not really yes or no, it’s more like let’s wait another year. Let’s see if its usage continues to grow, because we also don’t want to enter words that kind of come and go. There are plenty of those also.”

Where did GOAT come from?

GOAT, as a word used in reference to “Greatest of All Time,” had its origin in an expected place: Muhammad Ali.

In Sept. 1992, Lonnie Ali, Muhammad Ali’s wife, incorporated G.O.A.T. Inc. This company was used as an umbrella for all of the former boxer’s intellectual properties being used for commercial purposes.

According to Sokolowski, the first version Merriam-Webster found of its online use was in 1996 on an Orlando Magic forum referencing Penny Hardaway.

“The sentence is simply, ‘Penny is the GOAT (Greatest of All Time),'” said Sokolowski. “That’s the oldest quotation that we have of this word.”

In 2000, LL Cool J helped to popularize the word as a definition for greatest, when he released an album titled, “G.O.A.T. (Greatest of All Time).” He credited Ali for its origin in a 2016 interview with Rolling Stone.

“Without Muhammad Ali, there would be no ‘Mama Said Knock You Out, and the term G.O.A.T. would have never been coined.”

How is Tom Brady involved?

Still, the word’s rise in popularity – to the point of re-entering the dictionary – happened more recently. Of the driving factors for GOAT’s uptick in usage, one person ranks above the rest according to Sokolowski:

While there’s no question that the term GOAT is also used with reference to Serena Williams, LeBron James, Michael Jordan, and Lionel Messi, mentions of “GOAT” together with “Brady” are between two and four times more frequent than “GOAT” with any of these other famous athletes in the NEXIS database of newspapers.

According to Google Trends, Brady’s name attached with GOAT unsurprisingly peaked in popularity in February, 2017 (the same month as the Patriots’ miraculous comeback in Super Bowl LI). Yet he’s consistently been tied to the word beyond that, even in direct comparison to other superstar athletes.

The impact has translated onto a wider societal level, which Sokolowski believes was one of the final steps in GOAT’s Merriam-Webster recognition.

“You have to be a little bit of a detective,” he said. “You see a term that’s just starting to pop out into the broader culture. And that’s really the last piece of this, which is it’s not only used in sports. With GOAT, it’s now used on social media it’s used in a more broad way. That’s really when it’s our cue to put it in the dictionary, when a term leaves the specialized domain and enters a more general vocabulary.” 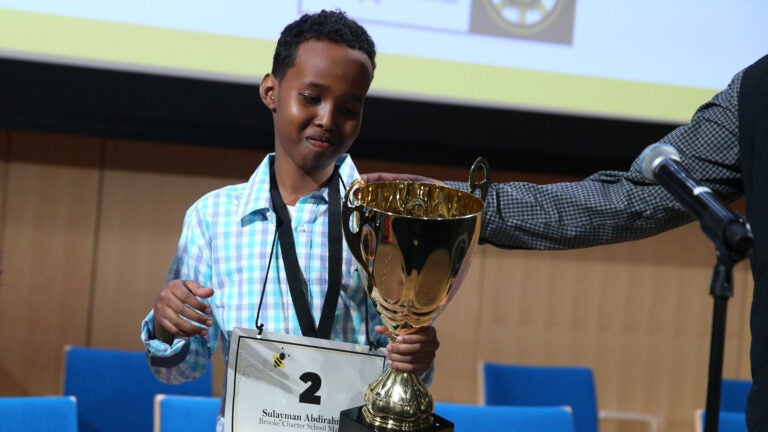