After the Patriots fell to the Lions 26-10, Rob Gronkowski was asked about the report that he had threatened to retire rather than play for another organization. Gronkowski confirmed the incident, noting that he had no intention of catching passes from anyone but Tom Brady.

“Yeah, it happened,” he told reporters. “Brady’s my quarterback. That’s all. [I] wasn’t going anywhere without Brady.”

ESPN’s Adam Schefter reported Sunday morning that New England nearly traded Gronkowski to Detroit before the NFL Draft in April. According to Schefter, the All-Pro tight end threatened to hang up his cleats if he was dealt away from Foxborough, and the deal was squashed.

Gronkowski, like the rest of the Patriots offense, had a comparatively quiet outing on Sunday. He caught four passes for 51 yards from the quarterback he refused to leave.

The 29-year-old’s future in New England seemed up in the air for much of the offseason. In June, Pro Football Focus reported the Patriots were shopping Gronkowski ahead of the draft, a trade rumor owner Robert Kraft described as “hogwash.”

The summer saga ended with Gronkowski back in a Patriots uniform, playing for an additional $4.3 million in incentives added to his contract for this season. To bank that money, Gronkowski will need his partnership with Brady — one that has two Super Bowl rings to its name — to bear fruit once more.

The tight end appreciates the connection better than anyone. He was willing to retire rather than see it come to end. 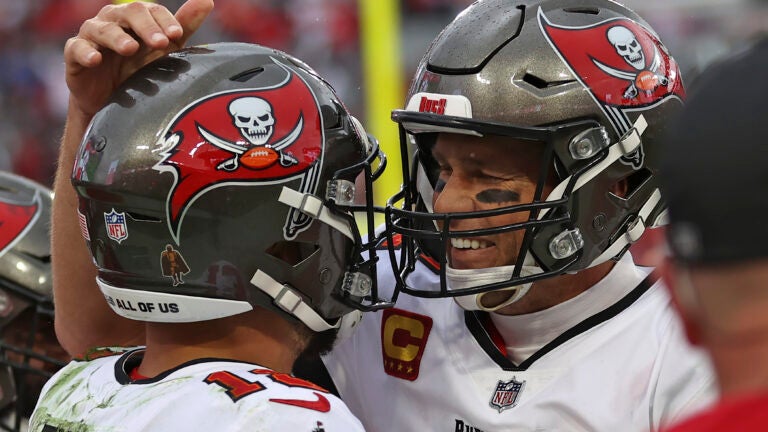