Does Bill Belichick have 10 more years of coaching left in the tank?

“Just trying to win a game,” Belichick told “FOX NFL Sunday” analyst Jimmy Johnson in a brief segment that aired leading up to the Patriots-Vikings game.

Over halfway through his 19th year coaching in New England, Belichick said what spurs the desire to prolong his career is nothing more than genuine love for the sport and the profession. The 66-year-old wouldn’t hint at a potential retirement age, as his focus remains solely on the season at hand.

Belichick said the Patriots’ 8-3 record “could be better” and “could be worse,” though he placed greater emphasis on the games to come. In 2015 — a year Belichick said “wasn’t very good” — New England opened the season with a 10-game winning streak, before dropping four of its last six regular-season games and exiting the playoffs in the AFC Championship. In 2001, however, the Patriots won the franchise’s first Super Bowl title after starting 5-5.

“It’ll all come down to how we do in the next five weeks and maybe beyond that,” Belichick said. “Hopefully, we can play our best football going forward.”

If the Patriots can win the remaining games on their schedule, they have a shot at securing the No. 1 seed in the AFC.

As for what the future holds after Belichick actually retires? Don’t expect him to follow in Johnson’s footsteps as a broadcaster. 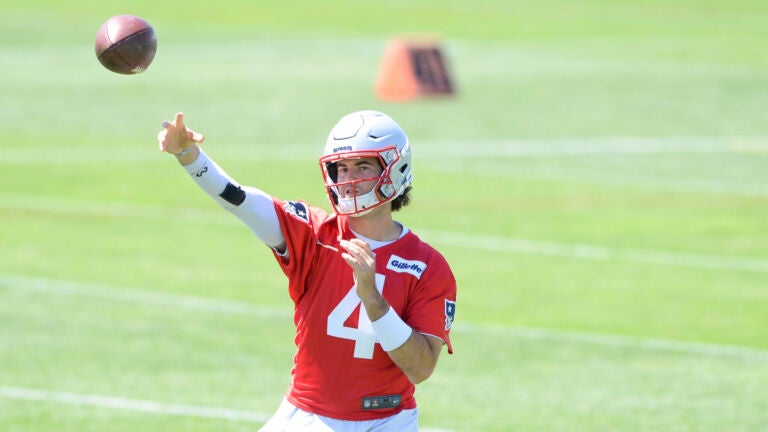