Gronkowski, who battled ankle and back woes for much of the year, has steered clear of the injury report through two practices this week. After bouncing on and off the report throughout the bulk of the regular season, Gronkowski has been limited in just two practices dating back to Week 14. He is hopeful that trend continues.

“It’s the biggest game of the year,’’ Gronkowski said Thursday at Gillette Stadium. “Sunday at 1 o’clock.’’

Though he’s officially considered to be healthy, Gronkowski has largely been neutralized as an offensive threat over the Patriots’ last three games. He hauled in a combined four catches on 10 targets for 45 yards against the Steelers, Bills, and Jets. Gronkowski acknowledged the mental challenge in getting past the mindset of “Man, I could have had that if it weren’t for my ankle,’’ but he emphasized he’s hitting the reset button for the postseason.

“It’s a new season right now,’’ Gronkowski said. “Whatever I got going forward is what I’m going to give.’’

The bye week was a relaxing reprieve for Gronkowski, who said he relaxed and watched some of the other NFL playoff games. He called the time off a good opportunity to “freshen up.’’

On Sunday, Gronkowski will be playing in the 14th playoff game of his career — one that could potentially be his last. Since confirming he contemplated walking away from football following Super Bowl LII, the retirement rumors have continued to follow the 29-year-old in his ninth NFL season.

Gronkowski’s contract expires at the end of next season, when his base salary will be $9 million.

But Gronkowski — what a surprise — wouldn’t let on what his plans are if the Patriots season ends Sunday, saying he’s “all focused on the Chargers’’ and “all focused on whatever [he] can to do to help the team.’’

“The playoffs are always a different feel — no matter what — every single time we make it. Just the excitement level definitely turns up another notch. But you got to stay in control. I mean, it’s definitely another football game. You got to go out there, you got to play, you can’t be too emotional or not non-emotional. It’s another game for sure. You got to keep preparing how you prepare. It’s a new season. It’s going to be exciting for sure.’’

Mother McCourty will be one of the most excited fans for Sunday’s playoff game, according to safety Devin McCourty.

Devin, who has won two Super Bowl titles with the Patriots, said the opportunity to participate in the postseason is “the thing [his mom] has most wanted’’ for him and his twin brother, Jason. While Devin has advanced to the playoffs every year of his nine-season career, Jason is about to experience his first taste after eight seasons with the Tennessee Titans and one with the Cleveland Browns. 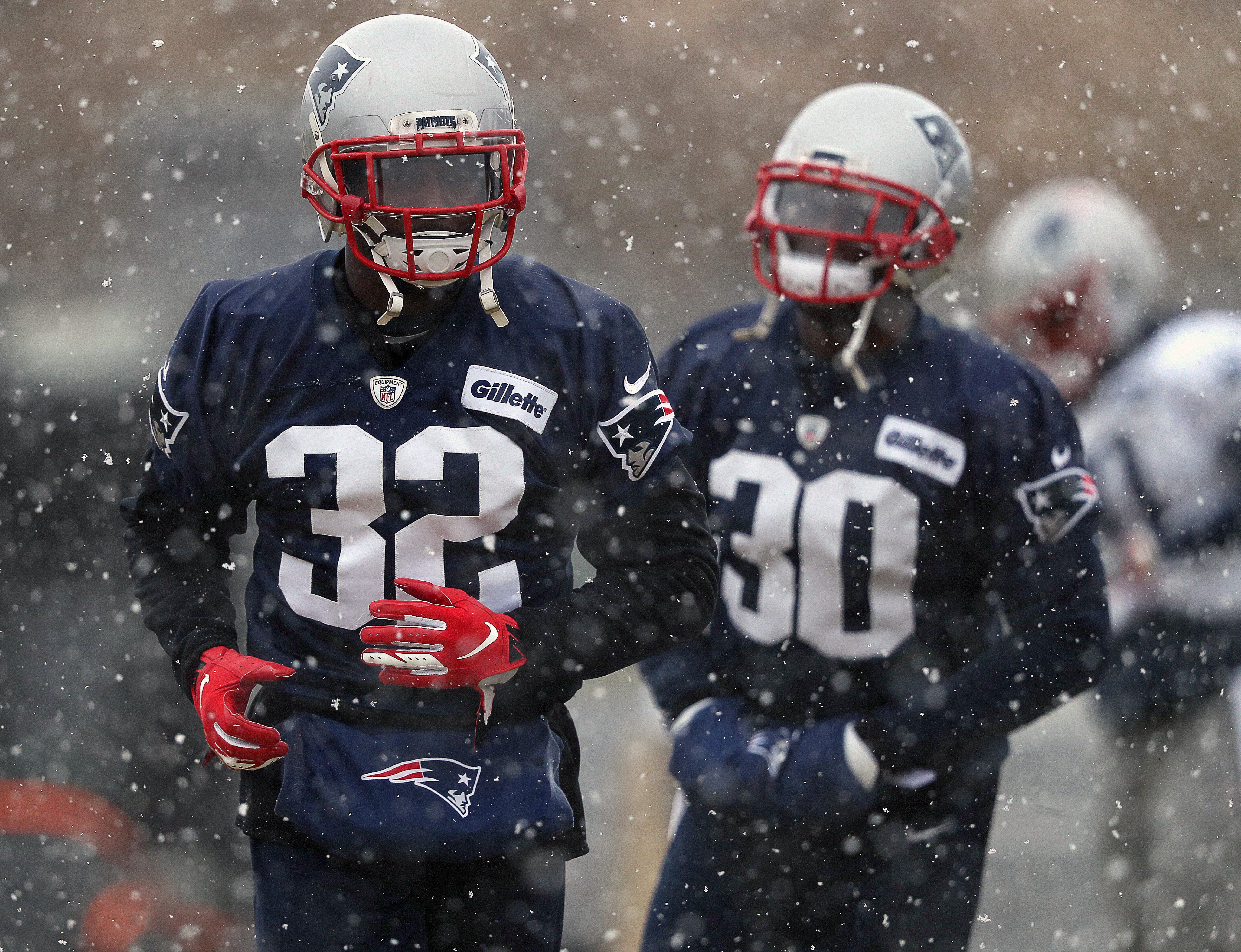 Jason McCourty (30) will get his first taste of the playoffs, something his twin brother Devin (32) has enjoyed every year of his career.

“I’m sure she’ll be fired up to see him play in his first playoff game,’’ Devin said. “She said that over and over. She just wanted him to get some type of success that I’ve had as far as playoffs and postseason and all of that and the atmosphere.’’

As for what advice he will give his twin brother ahead of kick-off? Not much other than play “your best football.’’

“You don’t want to sit after practice and run 20 extra wind sprints because it’s the playoffs,’’ he said. “You just keep doing what you’ve been doing, but it gets to that time of the year where there are no more ‘my bads’ or ‘I’ll get that next time.’ There is no next time.’’

In 16 games with the Patriots this season, Jason has one interception and 70 tackles. Devin expressed confidence that his brother will understand the level of urgency and not take the game for granted. But he was also sure to note that a playoff berth still isn’t enough for Jason to usurp his twin as the favorite child.

With snow swirling and a biting wind howling, the Patriots had perfect attendance at their second-to-last practice before Sunday’s divisional-round game.

“You know it’s that time of the year in New England when you see snow,’’ Gronkowski said. “We’ve practiced in it many, many times before, so it was really nothing new.’’ Quarterback Tom Brady will be under center for his 38th playoff game when the Patriots host the Chargers on Sunday. 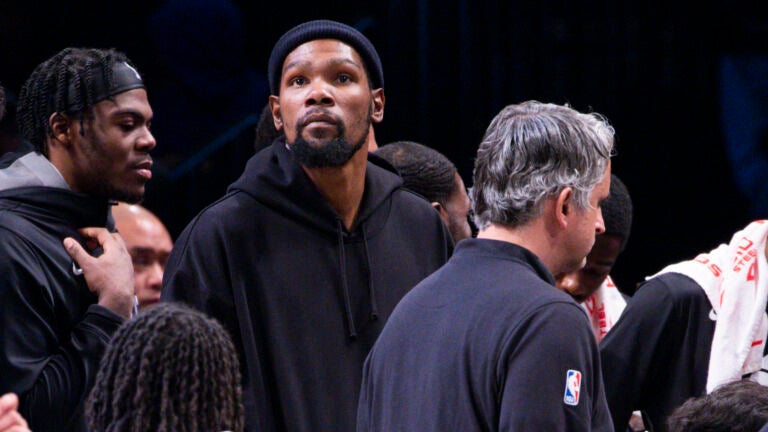 Reports: Suns get All-Star Kevin Durant in trade with Nets