When the sellout crowd at Gillette Stadium started belting the chorus of a Bon Jovi classic, “Livin’ on a Prayer,” none other than the rock band’s lead singer, Jon Bon Jovi, joined them in the fourth quarter of Sunday’s Patriots-Chargers game.

LIVIN’ ON A PRAYER

After kicker Stephen Gostkowski drilled a 30-yard field goal to put New England up 41-14, Bon Jovi — seated with Patriots owner Robert Kraft and club president Jonathan Kraft in the owner’s box — was shown on the jumbotron rocking out to his own song. New England ultimately coasted to a 41-28 victory.

It’s not the first time the two-time Grammy Award nominee has stolen the spotlight in Foxborough. During the AFC Championship last season, there was another “Livin’ on a Prayer” singalong when the Patriots were trailing the Jacksonville Jaguars. After New England mounted a fourth-quarter comeback to advance to Super Bowl LII, coach Bill Belichick told reporters Bon Jovi had the stadium “rocking” — “maybe a little more than [the Patriots] did.”

Bon Jovi, however, is no bandwagon fan. The 56-year-old, whose friendships with Kraft and Belichick date back decades, has attended training camp at Gillette Stadium every season since 2002. 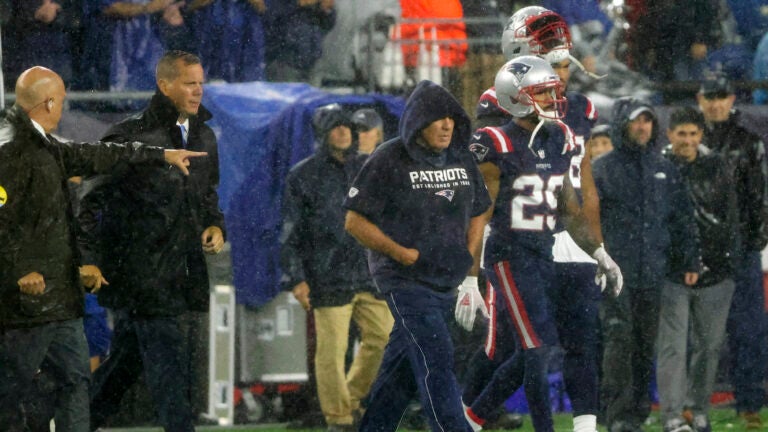