Whether it was a desire to send off their team into hostile territory outside New England right, a chance to get on the Gillette Stadium field, or a combination of both, an estimated 35,000 fans woke up in the wee hours and braved the cold on Sunday morning to salute the Patriots as they head to their record 11th Super Bowl and ninth of the Tom Brady-Bill Belichick era.

“Twenty-five years ago this week, last Monday, we paid the highest price ever paid for any sports team, anywhere in the world. And we kept it from going to St. Louis,” Patriots owner Robert Kraft told a crowd and fan base he declared the G.O.A.T. “And people worried because the team never sold out in 34 years. The games were blacked out locally. And within less than 24 hours, 6,000 of you lined up on a snowy morning and bought season tickets. We knew right then our family made the right decision.

“This feels like a home game. … We gotta take this right here and bring this to Atlanta with us,” said Brady, a week from starting his record ninth Super Bowl. “I’ve been so blessed, obviously, being here as long as I have. To play with so many great teammates and coaches, to represent this team and organization and, obviously, to represent you guys is what it’s all about. So I can’t thank you enough.”

This wasn’t the first pregame rally the Patriots held, but previous versions were smaller affairs on a Monday outside the stadium in front of the team Hall of Fame. The changes this year drew a crowd that dwarfed those, with that refrain from Brady and his teammates sending a loud message to a nation that spent much of this year thinking the Patriots’ run was at its end.

“You’re a big part of who we are, and it’s such an honor to represent the New England region,” said Matthew Slater, headed to his fifth Super Bowl. “Great team, great coaches, great brotherhood, and it’s really just a blessing to be a part of this.”

“Double attendance today. Double attendance,” said Patrick Chung, who snapped a video of himself while the throng shouted ‘BEAT LA.’ “I appreciate the support. We gonna go out there and kick their [expletive], baby.”

“It’s unreal, getting the chance to go home, play in front of a lot of my friends and family,” said center David Andrews, who grew up in the Atlanta suburbs and went to college at Georgia. “Can’t wait to see all y’all down there take over Atlanta, show them what a real fan base is down there.”

The last word, not surprisingly, went to Brady, 18 years removed from the iconic drive in the final 90 seconds against the St. Louis Rams that birthed this dynasty and cemented a legend he’s only kept building on.

“We’ve had so many great players over the years, and I think what exemplifies this group of men is the selflessness and it’s all about the team,” he said. “And I know at different times this year, it’s been up and down. The coaches always talk to us about not riding the emotional roller coaster, and we stayed focused. We played our best football at the end. We’re not quite at the end yet. We got one more to go.” 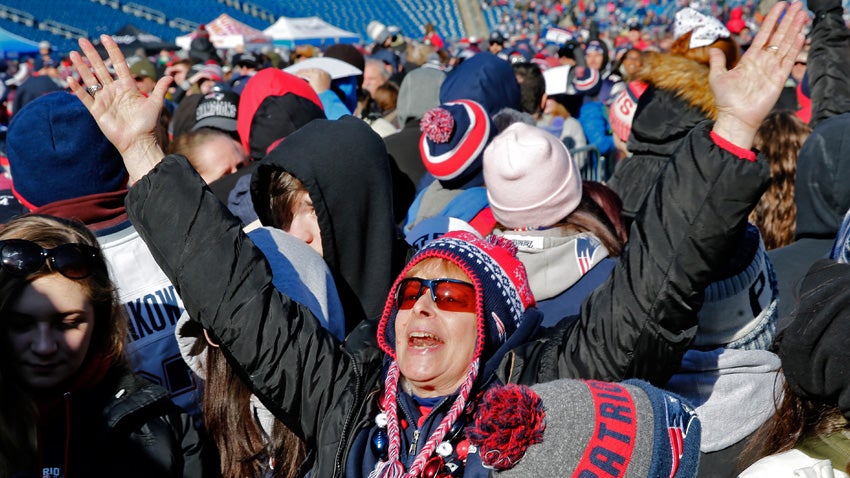 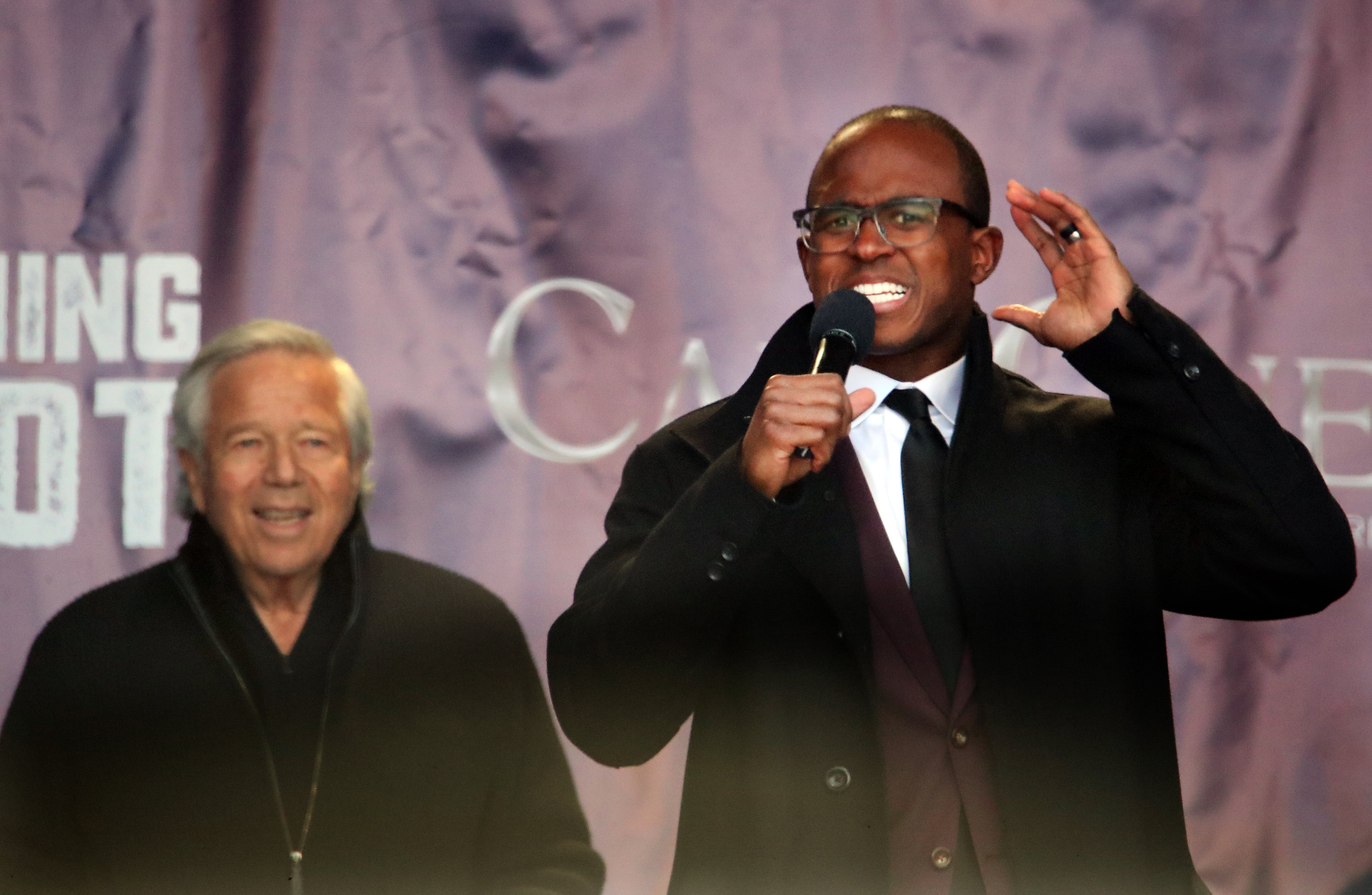 Matthew Slater urges on the crowd with owner Robert Kraft in the background. Confetti flew at the conclusion of the rally. Fan Sean Coyle from Newton had his giant Bill Belichick head ready for the party.

Keep up to date with all the 2019 Super Bowl news at Boston.com. 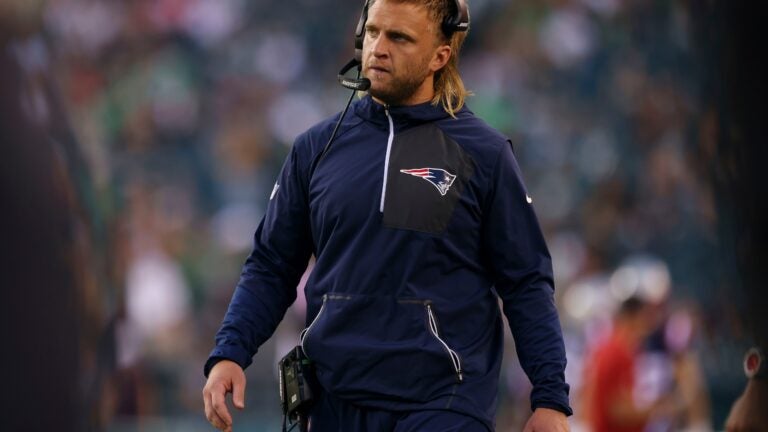