ATLANTA — Matthew Slater is more than halfway to his father’s longevity as an NFL player. He doesn’t plan to equal it.

The star special teamer of the Patriots just completed his 11th pro season, and he’s at his fifth Super Bowl, with two wins. In his dad Jackie’s 20-season NFL career, he made one Super Bowl — coincidentally, with the Rams in 1980 — and lost to Pittsburgh.

“That’s a long time to do anything,” Matthew Slater said Tuesday. As for the kick coverage ace lasting so long, he added with a laugh: “Absolutely not.”

Of course, when your team becomes a regular visitor to the Super Bowl, it lengthens the season by more than a month. No one in the NFL would want to pass on that, but in reality Slater has played nearly 12 seasons, making All-Pro in 2016 and being voted to seven Pro Bowls.

Not bad for someone whose Hall of Fame father didn’t necessarily want Matthew to play football.

“He felt that way for two reasons,” Matthew Slater says. “First, he didn’t want me to feel the pressure of living up to his name. He thought the expectations could be unfair.

“He also wanted me to avoid injury. He knew the toll it takes on you physically.”

Matthew and his brother played plenty of sports, and guess who usually was the coach. Yep, Jackie.

“Sports have always been a big part of my life and have so many life lessons from being on a team, and the disciplines of preparing to compete and how you compete, and having teammates around you. I thought they were good lessons to learn,” Jackie Slater said. 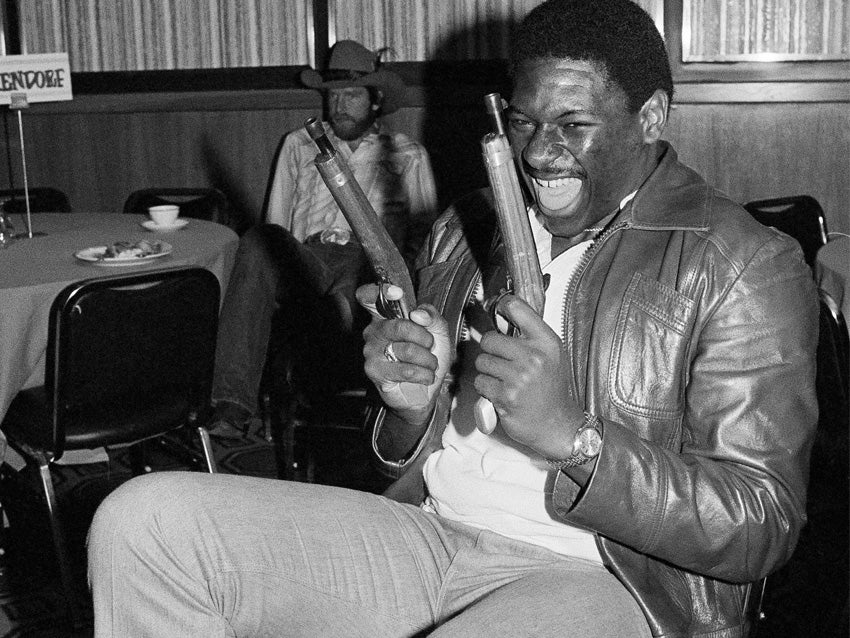 Matthew kept improving in high school and grew, though not to Jackie’s offensive tackle measurements. Because Jackie was unfamiliar with the kind of skills his son possessed, he turned to teammates Ron Brown — a 1984 Olympic champion speedster, who played wideout and returned kicks — and outstanding cornerback LeRoy Irvin. Brown refined Matthew’s technique and speed, and Irvin worked with him on back-pedaling and breaks for receivers.

“Things I was not familiar with,” says Jackie, who recalled watching Matthew leave everyone behind in a 100-meter race, only to have Brown say “he did everything wrong.

“I knew I needed to get out of the way.”

Not really. Matthew, now 33, credits pretty much everything he has achieved in football to his father, who entered the Pro Football Hall of Fame in 2001.

“He made every effort to be present,” the son says. “That’s what I appreciate the most: He was a father first. So many young kids … many black kids … I see they don’t have a presence like that.

“Anytime I have success, certainly my dad is sharing in it. It all goes back to my dad; I wouldn’t be playing this game without him. It’s pretty unique, a son being able to do something his dad did. We are enjoying this ride together.”

For sure. But on Sunday, well, Jackie admits to being a bit torn when the Rams — his team — take on the Patriots — Matthew’s team.

You see, Jackie Slater still has plenty of millennium blue and new century gold running through his veins.

“This is a win-win situation for me,” the elder Slater notes. “If my son loses, it’s not as if he hasn’t experienced the thrill of victory in a Super Bowl, something I never did. And if he loses, it hurts, but he has a great attitude about it. It helps me live with the defeats he has.

“If the Rams win, I will be happy because I have been pulling for this team for more than 40 years. My first hero in the game was Tom Mack, who I actually played with for three years.

“You know, he has an unbelievable opportunity to experience things I never did. I don’t know what it is like to win the Super Bowl beyond the joy my son had when he won on two occasions. That’s almost as good as me winning, I felt.”

Tom Brady on unnamed team that didn't sign him: 'You're sticking with that motherf-----?'