The last Patriots-Rams Super Bowl  produced a historic upset, a dramatic ending, the culmination of a backup quarterback’s meteoric rise, and the beginning of the greatest dynasty in the post-merger NFL.

It also produced the circumstances from which some players and fans would come to regularly accuse that same dynasty of cheating.

“Spygate,” as it became known, initially had nothing to do with Super Bowl XXXVI in 2002 (a game in which the Patriots defeated the Rams, 20-17). Yet it’s been repeatedly brought up – occasionally by former Rams players – when discussing the Patriots.

A belief has persisted in certain NFL circles that nefarious New England activity helped stop the “Greatest Show on Turf.” Do the facts support such a charge?

In Sept. 2007, Patriots video assistant Matt Estrella was caught on the team’s sideline videotaping the Jets’ defensive signals. Jets coach Eric Mangini – a former Patriots assistant – had tipped off security beforehand, given his knowledge of the Patriots’ system. Years later, Mangini admitted regret, saying that he was solely focused on the short term goal of beating his old team.

“I didn’t think it was any kind of significant advantage,” Mangini said of filming signals, “but I wasn’t going to give them the convenience of doing it in our stadium, and I wanted to shut it down. But there was no intent to get the league involved. There was no intent to have the landslide that it has become.”

The NFL quickly became prominently involved, as the specifics of what the Patriots had done violated league rules.

“Videotaping of any type, including but not limited to taping of an opponent’s offensive or defensive signals, is prohibited on the sidelines, in the coaches’ booth, in the locker room or at any other locations accessible to club staff members during the game,” read a 2006 league memo.

Bill Belichick apologized, but within days NFL commissioner Roger Goodell fined the Patriots’ coach a maximum amount of $500,000. He also ordered the Patriots to pay a $250,000 fine, as well as turn over a first round pick (which would have been a second and third round pick if the Patriots had missed the playoffs).

In his annual press conference in Feb. 2008, Goodell said that the evidence he reviewed (and controversially had destroyed) consisted of tapes from the 2006 and 2007 seasons.

Why is Spygate linked to Super Bowl XXXVI?

Months after the initial Spygate story emerged – and days before the Patriots played in Super Bowl XLII – a story from the Boston Herald alleged a New England employee filmed a walkthrough by the Rams’ offense before Super Bowl XXXVI. The employee was not named in the story.

The Patriots quickly issued an official denial of the story.

“The suggestion that the New England Patriots recorded the St. Louis Rams’ walkthrough on the day before Super Bowl XXXVI in 2002 is absolutely false,” the Patriots declared. “Any suggestion to the contrary is untrue.”

“We were aware of this before,” Goodell told reporters on Feb. 6 of the Herald’s allegation. “We pursued it and weren’t able to get any information that was credible. We were aware of some of the rumors and we pursued some of them and we continue that. From day one, I said if we feel there is new information that’s inconsistent with what we’ve been told [by the Patriots], I reserve the right to reopen it.”

An investigation of former Patriots employee Matt Walsh later led to Walsh turning over eight videotapes, showing that the Patriots filmed signals in games ranging from 2000-2002. However, a Rams Super Bowl walkthrough was not among them.

Then, in May of 2008, the Herald issued a stunning retraction of the story.

“We should not have published the allegation in the absence of firmer verification,” wrote the Herald.

“The Boston Herald regrets the damage done to the team by publication of the allegation, and sincerely apologizes to its readers and to the New England Patriots’ owners, players, employees and fans for our error.”

Why has the connection persisted?

Despite the Herald’s retraction, the thought that the Patriots gained an unfair advantage in Super Bowl XXXVI has continued. This has most notably been propagated by former Rams running back Marshall Faulk, who has voiced his belief of foul play from New England almost annually.

Faulk stated in 2017 that “that’s the tape that they had,” regarding the walkthrough.

Other Rams players from the 2001 team – though not all – have echoed Faulk.

“There’s a little bit of suspicion there,” said former Rams tackle Orlando Pace in 2018. “I think guys all feel that way. They had a pretty solid game plan for us, so I don’t know…They knew exactly what we were going to do down there.”

And beyond mere suspicion, an in-depth 2015 ESPN story from Don Van Natta Jr. and Seth Wickersham – detailing the NFL’s mindset regarding the Patriots from Spygate to Deflategate (a saga of its own which began earlier that year) – offered more on the Super Bowl XXXVI pregame.

Detailing the investigation conducted by then-U.S. senator Arlen Specter, Van Natta and Wickersham chronicled his questioning of Walsh, who was then a Patriots video assistant:

Then Specter turned to the alleged videotaping of the Rams’ walk-through. Walsh confessed that after the Patriots’ team picture, he and at least three other team videographers lingered around the Louisiana Superdome, setting up cameras for the game. Suddenly, the Rams arrived and started their walk-through. The three videographers, in full Patriots apparel, hung around, on the field and in the stands, for 30 minutes. Nobody said anything. Walsh said he observed star Rams running back Marshall Faulk line up in an unusual position: as a kickoff returner. That night, Walsh reported what he had seen to Patriots assistant coach Brian Daboll, who asked an array of questions about the Rams’ formations. Walsh said that Daboll, who declined through the Patriots to comment for this story, drew a series of diagrams — an account Daboll later denied to league investigators.

The ESPN story also alleges the Rams practiced red zone plays, which the Patriots were ready for “on nearly every down.”

Still, the Rams only entered the Patriots’ red zone once in the game (in the fourth quarter), and scored. And the ESPN report also details an exchange where Specter asked Walsh specifically if there were any “live electronics during the walkthrough?”

“It’s certainly possible,” Walsh reportedly said. “But I have no evidence.”

The Patriots have always maintained that the team never “filmed or recorded another team’s practice or walkthrough,” and former New England players have concurred.

The Patriots will play the Rams in Super Bowl LIII on Feb. 3, 17 years to the day after Super Bowl XXXVI. While the latest clash of the two NFL franchises will conclude with the crowning of a champion, discussion of the 2002 walkthrough will likely continue for years to come. 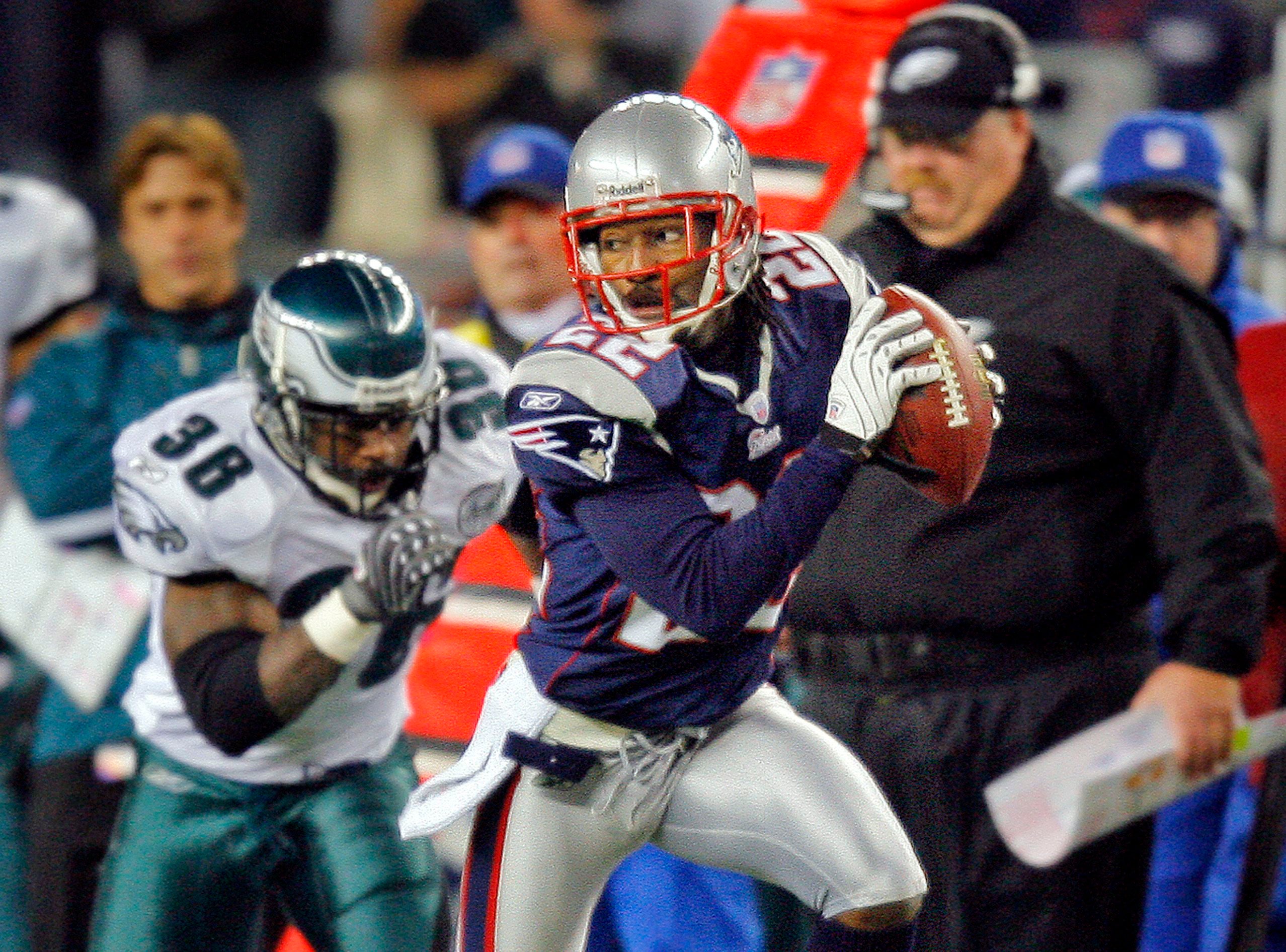