Ty Law, a key member of the Patriots first three championship teams, was elected to the Pro Football Hall of Fame on Saturday.

The cornerback finished his career with 53 interceptions, five Pro Bowl appearances, and two first-team All-Pro honors. His pick-six in the 2002 Super Bowl helped jump-start the Patriots’ stunning upset of the St. Louis Rams that gave them their first of five titles. The Patriots are going for their sixth title in nine tries Sunday night against the Los Angeles Rams.

Law is the fifth Patriot to be voted into the Hall of Fame, joining linebacker Nick Buoniconti (inducted in 2001), guard John Hannah (1991), cornerback Mike Haynes (1997), and linebacker Andre Tippett (2008).

Law will be joined by three players who made it in their first year on the ballot, tight end Tony Gonzalez, safety Ed Reed, and fornerback Champ Bailey. Also getting named was center Kevin Mawae.

“To have someone out there play the way that he did, for as long as he did…is exceptional.”@OfficialTyLaw not only left an impact in New England, but on the game of football. pic.twitter.com/RnhMSeF0Pp

Contributor finalists Pat Bowlen, the former Broncos owner, and Gil Brandt, the longtime Cowboys personnel executive, also made it into the Hall, as did senior finalist Johnny Robinson, the former Chiefs defensive back.

Mahomes, who had started one game for the Chiefs before this season, threw for 50 touchdowns and 5,097 yards in leading the Chiefs to their first AFC Championship game since the 1993 season. He received 30 votes from a nationwide panel of media members who regularly cover the league.

Saints quarterback Drew Brees, who led the NFL with a 115.7 rating, was second with 16 votes in balloting announced at NFL Honors. Houston All-Pro receiver DeAndre Hopkins got two votes, as did Rams All-Pro running back Todd Gurley.

Only one other Chief, running back Priest Holmes in 2002, has won the top offensive player award.

In his first season as Bears coach, Matt Nagy won the league’s top honor from AP.

For taking the perennial also-ran Bears to a 12-4 record and the NFC North championship, Nagy earned 24 votes, well ahead of the Chargers’ Anthony Lynn, who got 10 votes.

For his work as defensive coordinator of the Bears, Vic Fangio got the head coaching gig in Denver. He also won the AP Assistant Coach of the Year Award. Soon after the Bears were eliminated in the wild-card round by the Eagles, Fangio was hired by the Broncos. Fangio received 25 votes, far ahead of Baltimore defensive coordinator Don Martindale, who got nine. 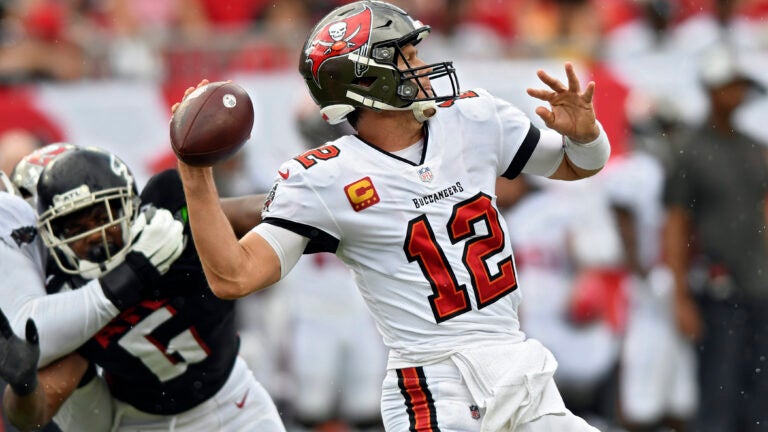