Judging by noise alone, it was hard to distinguish Sunday’s Super Bowl crowd from the usual ruckus of a Patriots home game. The cheers were thunderous for quarterback Tom Brady and company before kick-off, as applause and “Beat LA!” chants poured down at every opportunity.

The pockets of Los Angeles Rams fans had difficulty in making themselves known, with any attention toward the Rams being met with raining jeers.

Per usual, the Patriots ran onto the field to Ozzy Osbourne’s “Crazy Train” and received a booming welcome that likely would have been more emphatic had the retractable roof stayed closed. The cheers quickly shifted to boos, however, when the Rams emerged to T.I.’s “Bring Em Out.”

As the jumbotron panned to various Patriots — capturing an embrace between Brady and owner Robert Kraft, for example — the hoots and hollers only multiplied. Brady was also shown on the screen during both “American The Beautiful” and “Star Spangled Banner,” prompting fans to break out in screams.

Yellow towels in support of the Rams were sprinkled throughout the 71,000 seats, but red, white, and blue surely dominated the pro-Patriot audience. 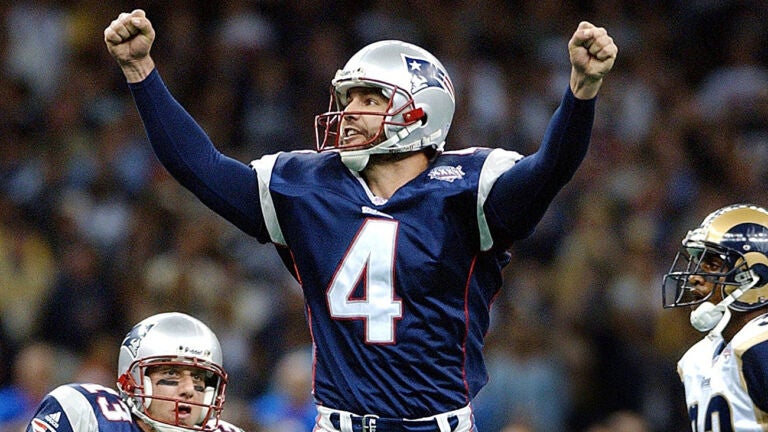