The New England Patriots may be President Donald Trump’s favorite NFL team, but not every player is particularly interested in the traditional White House visit.

Following the team’s 2017 Super Bowl win, more than a dozen Patriots players — including, to Trump’s dismay, Tom Brady — skipped the South Lawn celebration. At least five of them specifically cited their personal objections to the Republican president for their decision. Last year, Trump canceled the Philadelphia Eagles’ White House visit after it became clear that many members of the 2018 Super Bowl-winning team were planning not to attend.

He’s hopeful this year will be different.

“People love to come to the White House,” Trump said in a pre-Super Bowl interview Sunday. “The Patriots were here two years ago and I’m sure they’ll be back.”

An official White House visit date has not been announced. However, several members of the 2019 Super Bowl-winning team have preemptively signaled they won’t be attending either way. Here’s a running list of every thing Patriots players have said so far:

Brady says he has been friends with Trump since 2002. And though they haven’t been seen together in years, the Patriots quarterback said in 2017 that they have often called each other.

Upon unexpectedly missing the 2017 visit for family reasons, Brady said he hoped the team would “be back on the South Lawn again soon.” But when asked Thursday if he planned to go to the White House this year, he declined to answer.

“Next question, “Brady said, shaking his head. “I mean, god.”

The Patriots safety and defensive captain declined to attend the White House celebration in 2017, explaining that he wouldn’t feel “accepted” by Trump and doesn’t believe in “excluding other people.” In an interview with the Associated Press after Super Bowl LIII, McCourty flatly said he also wouldn’t be going this year.

In the same interview with his twin brother, Patriots cornerback Jason McCourty was also asked by the Associated Press if he planned on going to the White House:

“I haven’t thought about it, but I highly doubt it,” he said, at which point Devin playfully accused him of lying and Jason agreed there was virtually zero chance he would go.

The Patriots safety was the first player to publicly say he wouldn’t be going.

“Nah, man,” Harmon told TMZ in a video posted the Monday morning after the Super Bowl. “They don’t want me in the White House, man.”

Harmon also skipped the team’s White House visit in 2017. Of the suggestion that — like the NBA champion Golden State Warriors — he should visit former President Barack Obama in Washington, D.C., instead, Harmon said “that would be dope.” 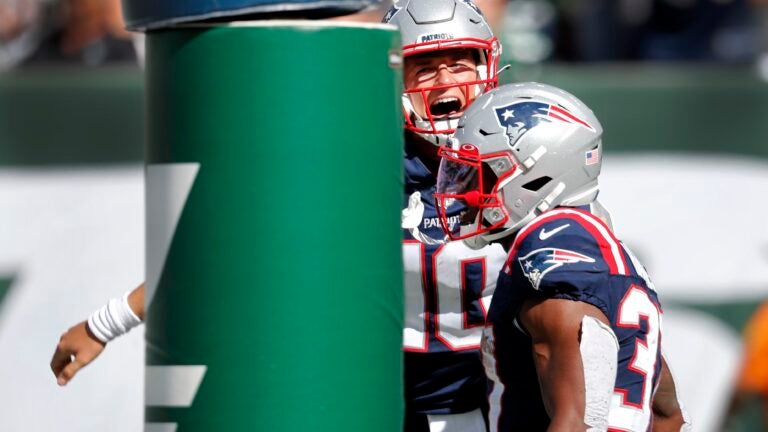