After a trip to Disney World and a ride on the duck boats, Brady wrapped up his week by shaving his playoff beard at Gillette World Shaving Headquarters on Thursday.

“This is just like a normal Thursday, right?” he said. “I know that’s kind of what it feels like for me. This is actually the first morning I woke up, and I wasn’t completely exhausted.”

Brady led the Patriots to a 13-3 victory over the Los Angeles Rams in Atlanta Sunday night, the crowning moment for the team after coming up short last season against the Philadelphia Eagles.

Tom Brady is at Gillette World Shaving Headquarters in Boston for a victory shave! #PatriotsNation #WeGotEverything

Posted by Gillette on Thursday, February 7, 2019

A crowd of Gillette employees gathered to watch the ceremonial shave, welcoming Brady with a chorus of “We’re still here” chants. Brady said he had never had a professional shave before and was impressed with the work of Gillette’s barber Adam Briere, joking about putting a barbershop in his house in order to be pampered like this more often.

“I’m actually really excited to get some of the grays off,” Brady said. “That’s one thing that’s certainly changed over the last 19 years of being here in Boston.”

The 41-year-old shared some stories from the post-game celebrations, revealing that while he didn’t celebrate with cheeseburgers, his favorite cheat food, he did treat himself to another post-win indulgence: margaritas.

“I don’t think I slept that much on Sunday, but I went to Disney World on Monday and that was the most tired I’ve been in a long time,” Brady said. “It was so worth it. It’s a great time to celebrate. The best part is celebrating with everybody, and I had my family and friends there. It was one of the best days of my life.”

The Patriots have yet to receive a formal invitation for a celebratory visit to the White House, though a member of the crowd yelled out to Brady asking when he’d be running for president.

“There is zero chance of that happening,” he responded. “I love you, man, but when I’m done playing football I’m going to be drinking a couple margaritas in a nice relaxing place.”

As celebrations wind down, Brady said that, for him, the most important part of it all is the relationships that he’s made.

“When you put together a group of people and they’re all aligned with the same interests and everyone wants to win, everyone puts aside their own personal agendas for the team, that’s what it’s all about,” Brady said. “Our team has found a way to create a great culture and environment for winning and in the end, that’s what matters the most. I’ve always felt that, and I joked and I said ‘I love winning.’ Why do I do that? Because this is what I grew up wanting to do. There was a time in my life that I never imagined having a dream like this and fulfilling it.”

TB12 gets his #SuperBowl beard shaved at @Gillette Headquarters. pic.twitter.com/tSneTekT9m

After the ceremonial shave, Gillette recognized three organizations — The Boys and Girls Club of South Boston, Best Buddies and the Dana Farber Cancer Institute — for their commitment to bettering the lives of people in Boston and beyond and presented them with donations of $35,000 each. Brady also signed a Patriots-branded Gillette razor, which will be auctioned off with all proceeds going to his favorite charities.

“Sports is an amazing way of bringing people together,” Brady said. “We’re in a world where so many people want to take us apart and divide us and come up with these differences. And the reality is, we’re all here sharing the same place, this beautiful life that we have. It’s great to be a part of a community, especially in Boston, where people do come together and we rally together and we are strong together for something that unites us. To be apart of an event like that… it doesn’t get much better than that. I’m so blessed and humbled to have these incredible experiences that we’ve had.” 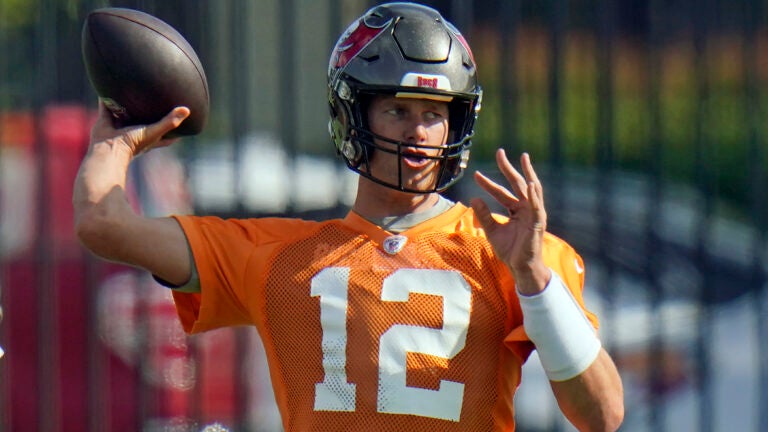