Lawyers for New England Patriots owner Robert Kraft on Thursday filed a motion to toss video evidence in the misdemeanor prostitution solicitation case pending against him in Florida.

The eight-page filing submitted in a Palm Beach County court said Kraft, 77, “seeks to suppress video recordings that are the fruits of an unlawful sneak-and-peek search warrant that the Town of Jupiter Police Department used to spy on Mr. Kraft and others, while they were in the private rooms of a licensed spa (the “Spa’’), receiving treatment from licensed masseuses. He also seeks, relatedly, to suppress the fruits of an unlawful traffic stop.’’

Authorities allege Kraft solicited prostitution on two separate occasions in January at the Orchids of Asia Day Spa in Jupiter, Fla., and that video cameras police had installed pursuant to a warrant captured him engaged in the sex acts in exchange for cash. Kraft, through his representatives, has denied engaging in illegal activity, pleaded not guilty and demanded a jury trial in the high profile case.

Kraft and several other defendants previously filed a different motion to keep the video evidence and other materials sealed until further order of the court. But the motion filed Thursday, if successful, would bar prosecutors from using the video footage as evidence at trial, severely hampering the government’s case.

The billionaire Patriots owner faces two misdemeanor counts of soliciting prostitution. He was one of 25 defendants nabbed in connection with the Orchids sting, which was linked to a broader probe into suspected human trafficking at spas in multiple Florida counties.

Neither Kraft nor any of the other defendants have been charged with human trafficking.

Kraft and several of the other defendants previously filed a different motion to keep the video evidence sealed until further order of the court. But the motion filed Thursday, if successful, would bar prosecutors from using the video footage as evidence at trial. 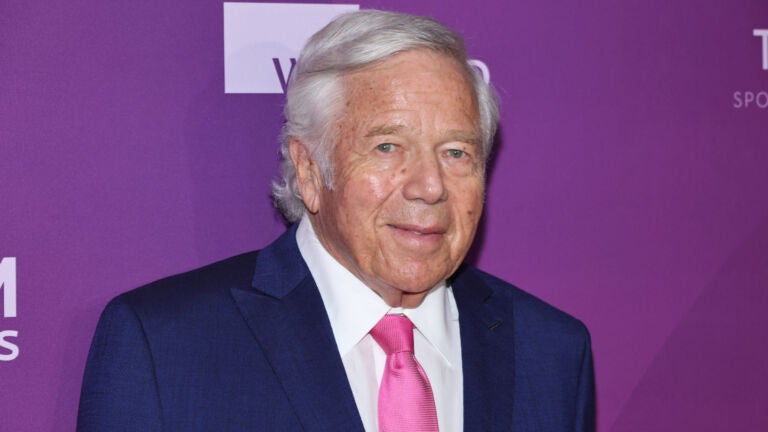