“As you know, Coach, every year is different,” Belichick told Kryzyewski. “Each team is different, the chemistry and what you go through and experience as a team make each year unique. Even though the results were similar to what they were before in some other special years, this one was just a little bit different.”

Belichick cited New England’s slow 1-2 start, its 3-5 record on the road, and other “things along the way that didn’t go the way that [the team] hoped they would go” as factors that helped distinguish last season. He also said there was a substantial amount of negativity generated from people counting the Patriots out for their “bad coaching, bad playing, bad everything.”

Despite the outside noise, however, Belichick said he always maintained an internal belief in the team and “the process of what [they] were doing.” He called it “special” and “fulfilling” for things to come together in the way they did.

“At a point there at the end of the season, we were able to play our best football in the most critical games, at the most critical times in those games,” Belichick said. “A lot of our execution was the very best that it was all season, and, in some cases, by quite a bit.”

Krzyzewski also asked Belichick about his relationship with quarterback Tom Brady — one that was reported to be on the rocks leading up to Super Bowl LII. Belichick, however, has repeatedly denounced talk of internal conflict. He told Krzyzewski he meets with Brady at least twice a week for about an hour or so to review the team’s game plan, scouting report, and specific situations.

“In [basketball], it’s great because everybody plays offense, everybody plays defense,” Belichick said. “But in our sport, there’s a division between offense, defense, special teams, and a lot of times it’s hard to pull all those together. But, as a head coach, it’s important to be able to manage those critical situations with your quarterback, your offensive coordinator, your special teams coach, and your defense all together.

“I think Tom and I have spent a lot of time building that philosophy, understanding what we’re each thinking in certain situations, so when they come up, he can anticipate what I want to do [and] I can anticipate what he’d like to do. We try to get the best thing. I’d say we both work at it.”

Belichick said he’s learned “a lot” from Brady, lauding him as an incredible player that “prepares at a level like no other player that [he’s] coached.” He also noted that while the two see the game differently, they have a mutual appreciation for those different perspectives.

“There’s some things that he sees that I just don’t see, and I think the reverse is true,” Belichick said. “I love football. I love learning about football. I think Tom is the same. I think we’ve learned from each other, and we’ve been able to grow together. I think it’s a thriving relationship that never gets old.”

He indicated there’s no bickering over play calls.

During the interview, Belichick also praised the offensive line and wide receiver Julian Edelman. The conversation was taped before Rob Gronkowski’s retirement, so the pair did not discuss that news. The two did touch on the recent hiring of Greg Schiano, with Belichick calling Schiano “a great addition” to the coaching staff, but Schiano announced Thursday evening he would be stepping down from his role.

Per Belichick, the Patriots have lost five coaches — four to Miami and one to Kansas City — this offseason.

“That’s the price you pay for success,” he said. “We have other younger staff members that have been working their way up, and they’ll get an opportunity.” 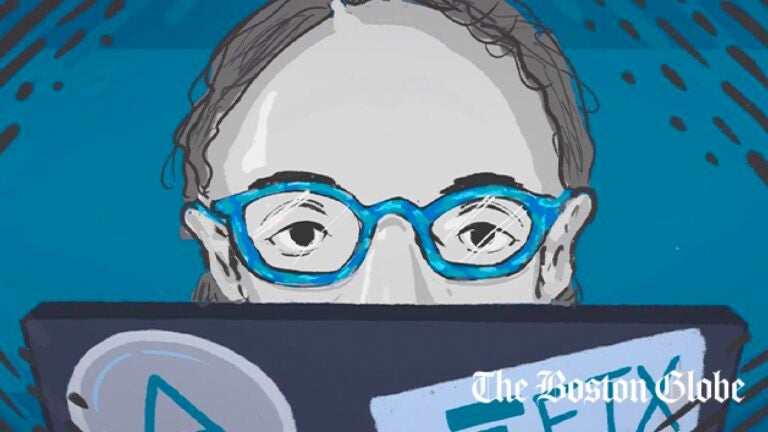 Caroline Ellison, math whiz and Newton native, was bound for success. Then she got into crypto.