The Bruins fell in Game 1 of their opening round playoff matchup with the Maple Leafs on Thursday night, 4-1. Game 2 will be played at 8 p.m. on Saturday night.

UMass men’s hockey defeated Denver 4-3 in overtime to advance to the National Championship against Minnesota Duluth (which is also scheduled for 8 p.m. on Saturday).

And the Red Sox got their first win of the season at Fenway Park on Thursday, defeating the Blue Jays 7-6 after a comeback resulted in a walk-off base hit from Rafael Devers.

The Inning: Bottom 9
The Score: Tied
The Bases: Loaded
The Result: pic.twitter.com/lrRneiCGim

The Patriots and Sterling Shepard: The Patriots have been on the hunt for a new wide receiver in the offseason. After losing Rob Gronkowski to retirement, and with Chris Hogan a free agent (as well as Josh Gordon’s ongoing suspension), Tom Brady’s options have grown a little limited.

In a report from the New York Daily News’ Pat Leonard, according to a source, the Patriots were interested in acquiring New York Giants receiver Sterling Shepard. The 26-year-old caught 66 passes for 872 yards and four touchdowns in what was a lackluster 2018 season for the Giants.

However, Shepard reportedly agreed to a four-year, $41 million extension (which includes $21.3 million in guaranteed money) means that he’s not getting traded anytime soon. The Patriots – who also tried to sign former Bucs receiver Adam Humphries in free agency (only to see him land in Tennessee with the Titans) – could select a receiver in the draft later in April.

Trivia: Mookie Betts became only the second player in MLB history to win the World Series, MVP, a Gold Glove, and a Silver Slugger award in the same season. Who was the first? (Answer at the bottom).

Hint: He played the entirety of his 18-year career with the same team. He was also the MVP of the World Series his team won over a Missouri opponent. He retired on May 29, 1989, and was elected to the Baseball Hall of Fame with 96.52 percent of the vote in 1995.

On his way to an opening round 6-under (and a tie for the lead), Bryson DeChambeau had some near misses:

In footage from a newly released documentary, Derrick Rose finds out he’s been traded to the Knicks (from 2016):

EXCLUSIVE: Our cameras captured the emotional moment Derrick Rose learned his hometown #Bulls traded him to the #Knicks.#DRoseDoc pic.twitter.com/qCXvbKsoH7

How Hafþór Júlíus Björnsson – the reigning World’s Strongest Man – became “The Mountain” on Game of Thrones:

“Getting an email like that out of nowhere from Game of Thrones? … This has gotta be bulls—.” @ThorBjornsson_ tells @e60 the unlikely story of how he became “The Mountain.” pic.twitter.com/iNqovXJ28I 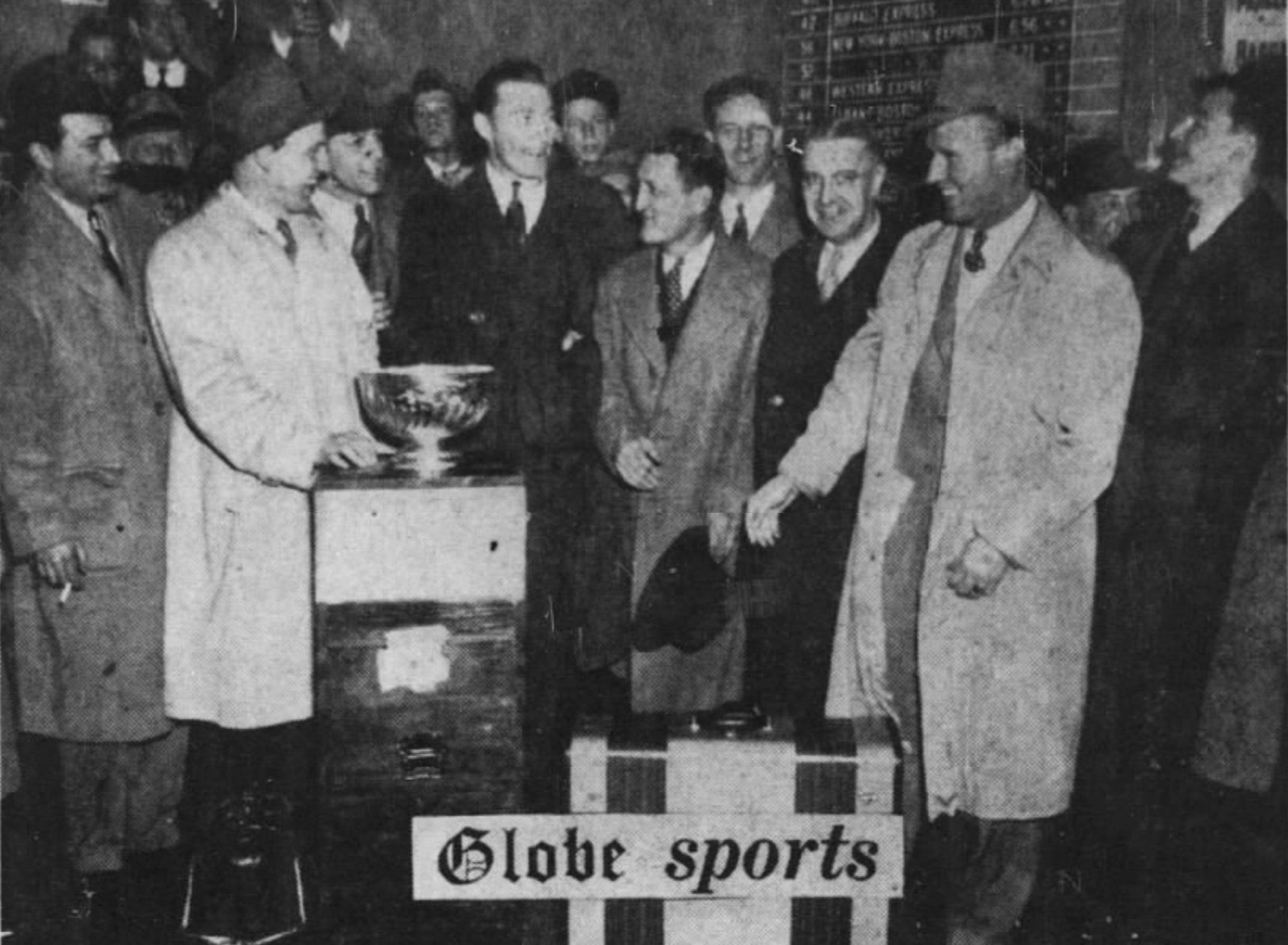 The Bruins celebrate with the Cup upon their return to Boston.

Daily highlight: The Red Sox infield turned an impressive double play after the ball bounced off of Nathan Eovaldi’s glove.