The Patriots’ 2019 NFL schedule was released Wednesday during the Celtics and Bruins‘ playoff games and while the Red Sox blew a lead to the Yankees.

Bill Belichick and Tom Brady open their Super Bowl LIII title defense on Sept. 8 against the Steelers, and the schedule features high-profile games against the Browns and Chiefs throughout the season.

Here is what five experts across the NFL are saying about the Patriots’ 2019 slate of games:

Reiss noted that this is the fourth consecutive season the Patriots’ bye week comes in a “great spot.” Last season, their bye week was after 10 games; in 2016 and 2017, after eight games.

The Patriots’ bye week in 2019 is scheduled for Week 10, in between road games against the Ravens and Eagles in November, coming close to splitting the season evenly in half for the team.

A notable moment on the schedule:

The Patriots visit the Dolphins in Miami in Week 2. According to Reiss, the team’s last four road games in Miami were on Dec. 9, Dec. 11, Jan. 1, and Jan. 3. and changes the conversation about temperature differences between Foxborough and Miami.

“Making the transition from New England’s colder winter to Florida’s warmer climates at that time of year is often a hot topic of discussion,” Reiss wrote. “But that is off the agenda this season. Knowing there is now an early game in Florida, similar to last season’s Week 2 game in Jacksonville, it wouldn’t be a surprise if coach Bill Belichick highlights the importance of conditioning in training camp even more than he usually does.”

The Patriots host Odell Beckham Jr.’s Cleveland Browns in Week 8. After that, they play five 2018 playoff teams in a row – the Ravens, Eagles, Cowboys, Texans, and Chiefs. Week 10’s bye, landing in that “great spot,” breaks up that stretch of games, but for Princiotti, it is the toughest part of the Patriots’ season.

Princiotti wrote that first game in the “brutal stretch,” against the Ravens on the road, could make the loss of Trey Flowers this offseason sting.

“Disciplined defensive linemen who can set the edge are important against run-first teams with mobile quarterbacks like Lamar Jackson,” she wrote.

Another notable game, according to Princiotti: Week 2, Sept. 15, at Dolphins. A battle between Bill Belichick and another Belichick coaching tree product.

“Bill Belichick vs. Brian Flores, Part 1,” Princiotti wrote. “Wherein Flores will try to copy Matt Patricia’s result against his former team. (This only applies in the beating-the-Patriots sense, not the 6-10 sense.)”

Mark Sessler, NFL.com: The Patriots have one of the most “forgiving” schedules in 2019.

“Only a fool would stare at the NFL’s schedule in April and deem it a wise time to draw conclusions,” Sessler wrote. “Consider me your fool.”

Sessler’s reasoning for calling the Patriots’ schedule “forgiving” starts with their final two games of the regular season, against the Bills and Dolphins. Both those teams were under .500 last season (6-10 and 7-9, respectively) and Sessler regards them as little more than “an appropriate time to iron out the kinks before rolling through January en route to Super Bowl glory.”

The Patriots also have home-field advantage in three of their tougher games this season. They will play the Steelers (Week 1), Browns (Week 8), and Chiefs (Week 14) at Gillette Stadium. The Patriots did not lose at home in 2018.

Sessler also notes the Patriots only have one stretch of back-to-back road games, against the Bills (Week 4) and Redskins (Week 5).

Other teams with “forgiving” schedules, according to Sessler: Packers, Vikings, Panthers, Jets, and the entire NFC East.

Erik Scalavino, Patriots.com: “From a travel perspective, this isn’t the most difficult of schedules for New England.”

Scalavino also notes that a Week 13 game against the Houston Texans on Dec. 1 is the Patriots’ farthest road trip of the season.

Riddick believes the Patriots will lose in Week 2 at the Dolphins, Week 7 at the Jets, Week 9 at the Ravens, and in Week 14 against the Chiefs.

He also cited Week 5’s game against the Redskins as “an interesting one,” though he believes the Patriots will win. 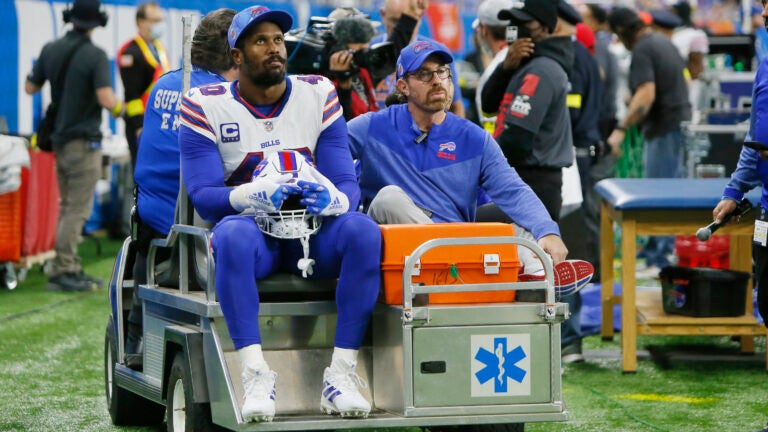