The Patriots used pick No. 133 in the 2019 NFL draft to select quarterback Jarrett Stidham. The 6’2″ Stidham declared early for the draft after playing two years at Auburn, as well as his freshman season at Baylor.

In his latter two seasons in the Southeastern Conference, Stidham excelled at various points, totaling 5,952 passing yards and 36 touchdowns (with only 11 interceptions).

He’s also been a Patriots admirer before. In 2016, after New England defeated the Kansas City Chiefs in a playoff game, he shared his thoughts on Twitter:

The Patriots are so good..?

Here are a few other things to know about the newest Patriots quarterback:

He used transferring schools as motivation

Stidham began his college career at Baylor in 2015. He was one of the more highly rated “dual threat” quarterback recruits that year, along with 2019 No. 1 pick Kyler Murray.

In his lone season at Baylor, he performed well, throwing 12 touchdowns against just two interceptions in limited playing time. However, in the wake of the school’s sexual assault scandal that eventually led to the firing of Baylor coach Art Briles, Stidham decided to transfer.

He sat out the 2016 season, per NCAA rules, taking classes that year at McLennan Community College. As a Texas native, he originally had his eyes on Texas A&M as a destination. But the Aggies didn’t share his interest.

“Honestly, I probably recruited myself to Texas A&M a little bit harder than they recruited me,” Stidham told Ledger-Enquirer reporter Jordan D. Hill in 2018. “I didn’t talk to [head coach Kevin] Sumlin very much. I talked to [offensive coordinator Noel] Mazzone a little bit more. Everything happens for a reason.”

In the end, Stidham went with Auburn, concluding what he called a “crazy” process:

These last 6 months have been crazy and the craziness is finally over. Time to start my next chapter at Auburn University! WAR EAGLE! ? pic.twitter.com/BckaHMO6D3

And he never forgot about his experience with Texas A&M, beating them twice in two seasons at Auburn.

“[Beating Texas A&M] was very satisfying in College Station, just because of how the whole recruiting thing went,” Stidham said.

He grew up with a fellow Patriots draft pick

Whether intentional or not, the Patriots took two players in the 2019 draft who grew up playing football together. Stidham and third-round pick Damien Harris both played for the Richmond Parks & Rec 7 and 8-year-olds team.

Damien Harris and Jarrett Stidham grew up playing football together in Madison County … this weekend they were both drafted by the New England Patriots … what a great story!!!
Congrats Damien and Jarrett! @DHx34 pic.twitter.com/5TSKAuc7mN

“I was telling somebody last night that we played Pee Wee football together back when we were 8 years old, back when we were in Kentucky,” Stidham told reporters. “So, I’ve known Damien for basically my entire life it seems like, and we’ve definitely kept in touch.

Harris, a running back, played for Auburn’s rival, Alabama.

“I’ve obviously played him the last couple of years. It’s funny, as soon as I get off this call, I’m actually going to give him a shout and tell him how excited I am to play with him again,” said Stidham. “Life always comes full circle, and to be with the very first year of tackle football playing with Damien and now we’re both New England Patriots, it’s going to be a lot of fun.”

His draft stock fell during the 2018 season

After a successful first season with Auburn — and an SEC title game appearance — the expectations were high for not only Stidham, but also his team as a whole entering the 2018 season. Yet the team couldn’t muster the same level of achievement as it had in 2017, finishing with just a 8-5 record.

This affected Stidham’s NFL draft stock directly. At the beginning of the season in September, he was listed by Bleacher Report analyst Matt Miller as the 19th overall prospect in the entire 2019 draft, and the third-ranked quarterback.

Yet his up-and-down season cost him a potential place in the first few rounds. That said, the net result (landing with the Patriots) could prove to be a silver lining for Stidham.

“There are so many intangibles that I can soak up from (Tom Brady),” Stidham said, after getting picked by New England. “Everyone wants the be like Tom Brady someday. I’ve got to take it one day at a time.”

His fiancée also has an athletic background

Stidham is engaged to Kennedy Brown, whom he met while at Baylor as a freshman.

Brown played on the Baylor soccer team for four years, appearing in 48 games and scoring five goals. She helped the team go 20-6 in her senior season, reaching the NCAA quarterfinals.

Brown has a further sports connection. Her father is Tad Brown, CEO of the Houston Rockets. 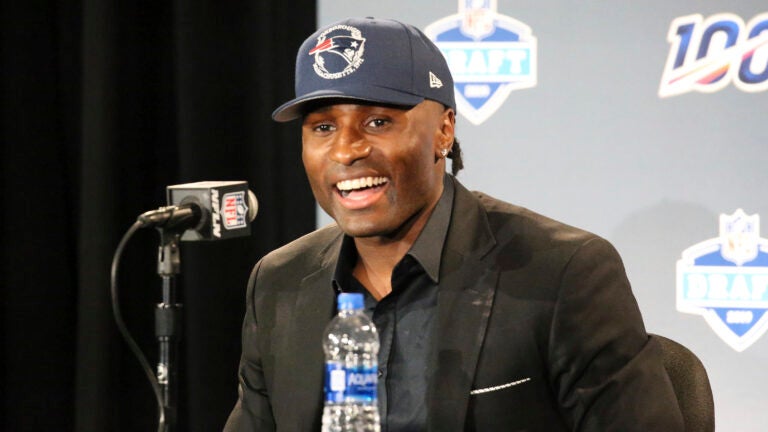