The Patriots didn’t add a tight end via the draft and are down another player at the position after trading third-year tight end Jacob Hollister to the Seahawks Monday.

In return, the Patriots are getting a 2020 seventh-round draft pick.

Hollister, 25, played 23 games for the Patriots over the past two seasons. He played mostly on special teams but caught eight passes for 94 yards in two seasons.

He struggled to stay healthy, ending last season on injured reserve because of a hamstring issue. He’s 6 feet 4 inches, 245 pounds and more of a receiving threat than a great blocker in the run game. Hollister is a similar player to Matt LaCosse, who the Patriots signed as a free agent and gave a $500,000 guarantee.

It’s still a thin position in New England, one the Patriots might address by signing a veteran. As it stands, the Patriots’ depth chart at tight end has Austin Seferian-Jenkins, LaCosse, Stephen Anderson, Ryan Izzo, and Andrew Beck, an undrafted free agent the Patriots signed Sunday.

Hollister signed with the Patriots as an underfed free agent in 2017. He played college football at Wyoming. Hollister is from Bend, Oregon, so the trade will send him closer to home. 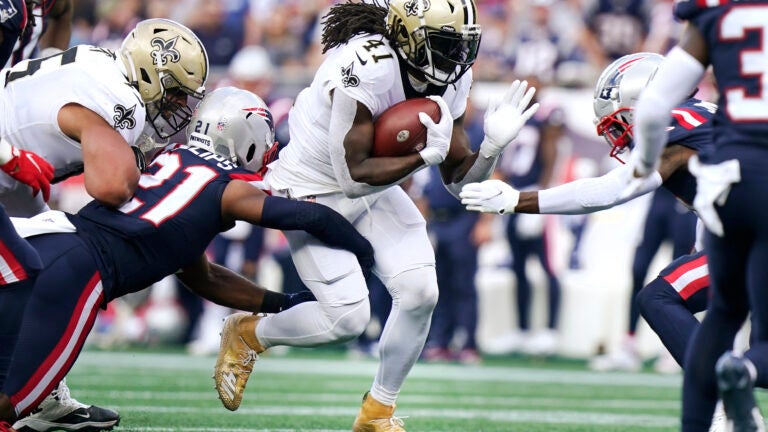