Rob Gronkowski put his acting skills to the test in front of a national audience on Wednesday night.

The former Patriots tight end attended the Billboard Music Awards in Las Vegas alongside his Sports Illustrated model girlfriend, Camille Kostek. Early in the show, host Kelly Clarkson took a seat next to actor Terry Crews. Gronkowski, decked out in a security guard uniform, tried to force her to give up her seat to country artists Florida Georgia Line.

“We need all the seat fillers to move,” Gronkowski said.

Clarkson obliged, but only after cracking a few jokes and breaking out in song. Prior to his on-screen appearance, Gronkowski was wearing a plaid blue suit beside Kostek, in a white dress, on the red carpet.

The recently retired tight end opened his suit jacket to reveal his No. 87 stitched into the fabric. The couple have enjoyed the months since Super Bowl LIII — vacationing in Cabo San Lucas and the Bahamas, as well as appearing at the Make-A-Wish Gala in Boston.

Rob Gronkowski points to the cameras on the red carpet.

Rob Gronkowski and Camille Kostek pose for a picture. 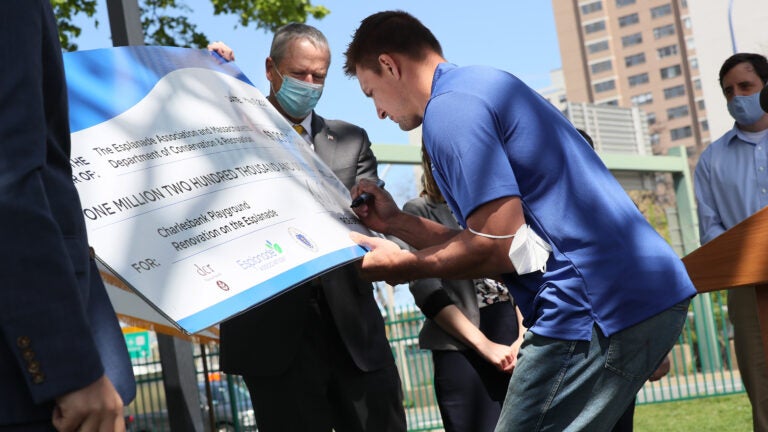