Patriots tight end Ben Watson will start the 2019 season with a four-game performance enhancing drug-related suspension, he announced via social media on Sunday.

Watson said he tested positive for testosterone cypionate after a March 29 test. The 38-year-old, who announced in December he was retiring from the NFL, said he never intended on returning to football at the time of the test. Watson said he knew of the positive test results on May 3, and informed the Patriots before officially signing with the organization on May 9.

“I knew that my decision to return to play would include a four-game suspension, and I immediately discussed this new development with the clubs,” he wrote.

Watson has played 15 seasons in the NFL with the Patriots — who drafted him in the first round in 2004 — Cleveland Browns, New Orleans Saints, and Baltimore Ravens.

Read his complete statement below:

As the days and weeks of the 2018 football season passed, I was certain that it would be my last. Injuries and health concerns, including a random bout with appendicitis the last week of the season confirmed my decision, and as I walked off the field for my last time, I had no plans to return. Over the following months, I started actively pursing other career opportunities. After every season during my playing career, I visit with a few doctors for health screenings. During these times we identify the cumulative effects of injuries, stressors, and exertion on my health and formulate an offseason plan for recovery. As a professional athlete for the last 15 years I know very well the limitations on what can be prescribed for my overall health. After my contract expired last March I told my doctors I was finished playing, went through a series of medical tests and was prescribed Bio Identical Testosterone Cypionate to assist in healing my body and mind.

On March 29, nine days after I started therapy, I was randomly tested under our substance policies. I complied out of habit, never thinking in that moment I’d want to come back. In late April, some clubs expressed interest in me playing and after much deliberation and prayer, I decided I wanted to return. Considering myself previously retired, I had forgotten all about my test in March until I got a letter on May 3rd saying my results were positive. I was devastated and for obvious reasons did not want to proceed. At that point I knew that my decision to return to play would include a four game suspension and I immediately discussed this new development with the clubs.

Ultimately I decided to pursue another year and on May 9 the Patriots offered me a contract in spite of these circumstances. I am excited and thankful to return to New England but very disappointed that I will not be able to play and contribute immediately. This is not how I would want to enter a new locker room and attempt to earn my role on a new team. However, I respect the regulations that have been collectively bargained to promote fairness on the field of play and accept the discipline associated with my infraction. My goals as an athlete, teammate, friend, father, husband and believer have not changed. To live a life of integrity and humility while standing for kindness, justice and righteousness and to serve the people in the cities, regions and organizations that God places me in. Until my last day I will continue to pursue excellence in my craft and perform to the best of my ability. I am grateful for yet another opportunity to do so in the NFL. 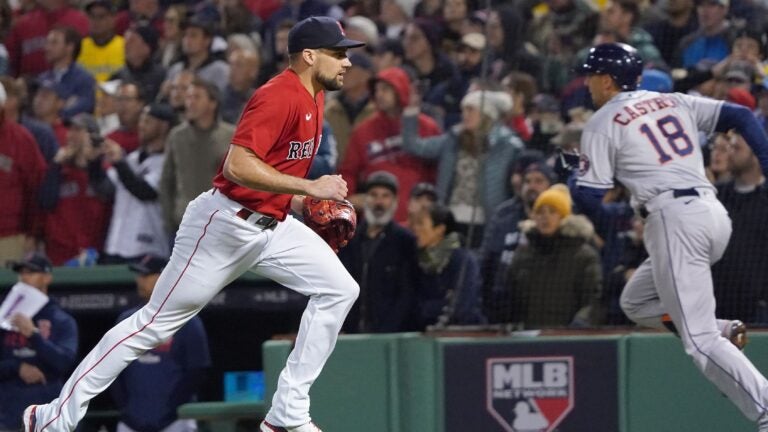