Update: According to a statement released from the Lions on Friday,”Michael Roberts reverted back to the team’s roster, per trade conditions. Subsequently, the Lions announced that they have waived Roberts.” The Boston Globe’s Jim McBride reported that Roberts failed his physical with the Patriots.

The Patriots added another tight end to the team’s stockpile on Thursday after trading a conditional 2020 7th-round draft pick to the Detroit Lions in exchange for Michael Roberts on Thursday.

Roberts, 25, has been in the NFL for two seasons after being chosen in the fourth round of the 2017 draft. So far, he’s totaled 13 career receptions in 23 games. All three of his career touchdown catches occurred in 2018 before he was placed on injured reserve with a shoulder injury.

Adding Roberts is another part of the team’s ongoing effort to replace the retired Rob Gronkowski. While it’s not expected that any single player can replace Gronkowski, Roberts has some intriguing abilities that could help alleviate the loss.

At 6’4″ 265 pounds, Roberts has the size. He also has possesses quickness, and could prove to be a viable red zone target for Tom Brady. His team-friendly contract (two years on a minimum salary with no guaranteed money) means he’s the type of low-risk, high-reward acquisition that Bill Belichick likes.

Here are a few other things to know about the newest Patriot.

While the prospect of catching passes from a six-time Super Bowl winning quarterback is probably enough to excite any newly acquired Patriots player, Roberts will be especially enthusiastic to get going.

The reason is that he’s on the record as a longtime Brady fan. During an interview with MLive in 2017, Roberts was asked who his favorite non-Lions NFL player was .

His tattoos tell a story.

Roberts grew up in difficult circumstances. His father was not in his life, and spent time in prison for robbery and assault. His brother was shot by accident and died in Cleveland, and his grandmother died of cancer only a few months before that.

Instead of burying his pain, Roberts has discussed how he’s used it as motivation. Part of that has been in the form of meaningful tattoos that he’s added. His grandmother is directly referenced:

In an interview with the Detroit Free Press in 2018, Roberts explained why his grandmother was his hero:

My hero growing up? Wow, it was my grandmother. My grandmother was someone that really – see, I didn’t play sports growing up. I didn’t really do too much. It was just, I was more of a family-oriented kid. My grandmother was the only one out of our family that really brought everyone together and led by example. And even when she – my grandma passed away from cancer my senior year of high school, and even when she was sick in the hospital, it was like she ended up planning her funeral. She was just one of the strongest people I know. I could never imagine being as strong-minded, as willful as her. I just strive to be.

He was a college success story.

After the tragedy of losing multiple family members while he was in high school, Roberts didn’t believe he would go to college.

“When I lost my grandmom, football wasn’t really for me anymore,” Roberts said in a 2016 interview. “I didn’t really want to do anything after high school.”

Despite receiving offers from Louisville and other established Division 1 football programs, he hadn’t prioritized attending college.

“People in my family don’t go to college,” Roberts noted. “They just get their high school diploma and then start a family and work.”

He eventually ended up at Toledo, but had to pay his own way as a freshman (eventually earning a scholarship as a sophomore).

“I had so many jobs in college,” Roberts told MLive. “I was a waiter for years. I worked at Chile’s and Outback Steakhouse. I moved pianos for four years in college. And I sold knives.”

By his senior season, Roberts became a major component of Toledo’s prolific offense. He caught 45 passes for 533 yards and an impressive 16 touchdowns.

His hands are wider than a football.

Each year, the NFL rookie combine measures players in various ways. One of the annual items is to measure a player’s hand size. For example, Gronkowski’s hands were listed at 10 3/4 inches wide.

Roberts is on another level. In the 2017 combine, his hands were measured to be an absurd 11 5/8 inches wide. Given that a regulation football is “just” 11 1/4 inches, it means his hand is actually wider than the football he’s trying to catch.

“You still have to have a lot of concentration,” Roberts told MLive’s Kyle Meinke in 2017. “But once it’s in my hands, it’s usually not going anywhere.” 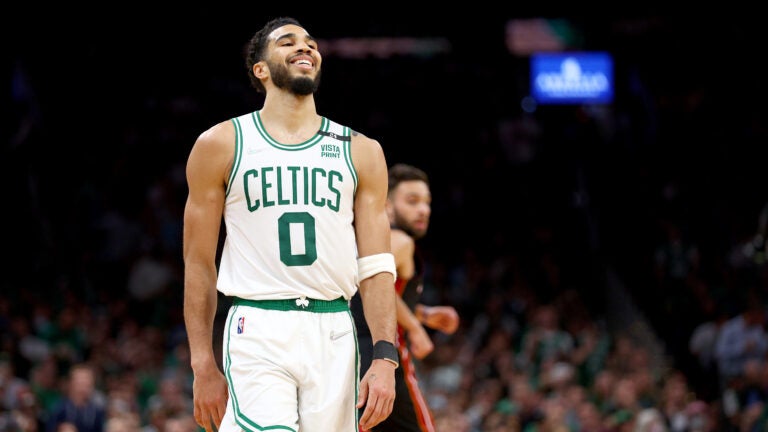