The Boston Celtics are currently 2-0 in the 2019 NBA Summer League after beating the Cleveland Cavaliers 89-72 on Monday. The C’s had a dominant fourth quarter to solidify the win, outscoring the Cavs 20-10. All 13 players on Boston’s Summer League roster scored, four of which had double figures. Carsen Edwards led the team with 14 points, while Tacko Fall continued to impress with a 12-point performance.

Our team chemistry continues to build as we move to 2-0 in Summer League play. pic.twitter.com/3EoD8T03fS

As training camp approaches, Tom Brady has hosted numerous workout sessions with teammates such as N’Keal Harry and Julian Edelman. This time, according to MassLive, it was Rob Gronkowski who made an appearance. The Patriots tight end retired in March, but was reportedly seen catching passes from his former QB in a private workout at UCLA on Monday. The 30-year-old Gronkowski was in LA for a celebrity basketball game sponsored by Monster Energy.

It’s unclear what Gronk’s workout with Brady means, if anything, for his football future.  Gronkowski recently commented on how he would feel during the NFL season, admitting, “I can’t really say how I’m going to feel about it when the games start rolling around and everything.”

We’ll have to see how they do in a few weeks. Training camp begins July 25 at Gillette Stadium.

J.D’s future with the Red Sox

During media day before the MLB All-Star game, J.D Martinez commented about whether he will opt-out of his contract with the Red Sox following the 2019 or 2020 season. While it is unclear whether he’ll return to the team, he called the Sox both a “family” and a “business”:

“Boston has been my favorite team since I was a kid and I’ve always dreamt of being there. I love the family side of it and the way they treat their parents and the way they act. It’s just a first-class organization and obviously, I would like to be part of it for the rest of my career but that’s not up to me really, in a sense.”

“I understand it. It’s a business,” Martinez said. “I don’t ever hold it against anybody or anything like that. I’ve been through it too many times. That’s why if it did come out where I did opt-out it wouldn’t be a personal thing. It’s a business thing. Same thing on their end. There’s an understanding in that.”

“I’m a fighter. I’ll never give up”: Coco Gauff made headlines with a Wimbeldon run that earned her praise from everyone including Serena Williams and Michelle Obama. Unfortunately it was short-lived, as the 15-year-old lost Monday to Simona Halep 6-3, 6-3. Despite the outcome, Gauff remains positive.

“I’m a fighter. I’ll never give up. And I hope they learned from me that anything is possible if you work hard. Just continue to dream big.”

She also posted on her Instagram story: “I tried my best today, but it wasn’t meant to be…thank you London.” 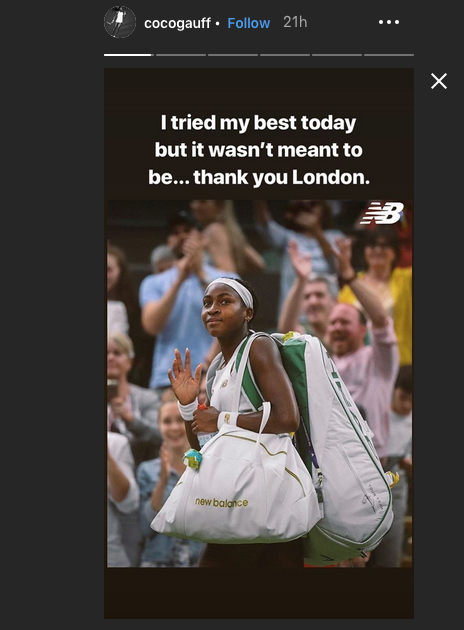 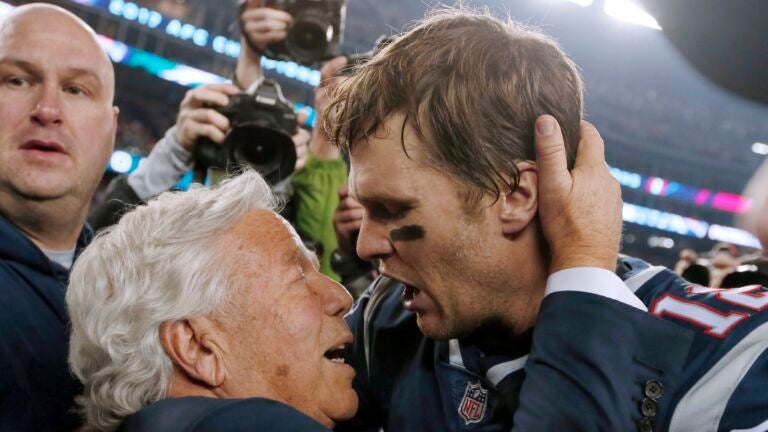